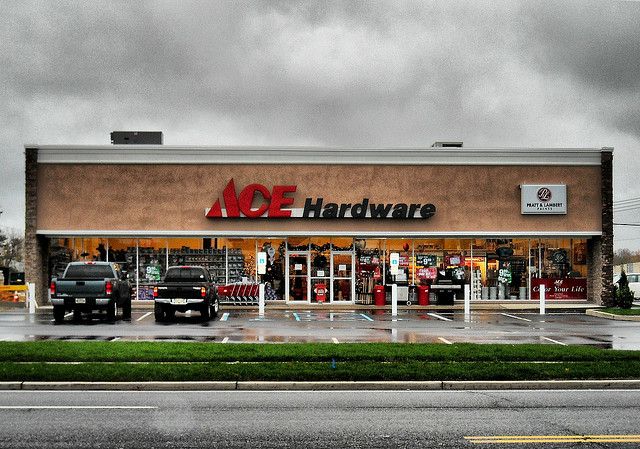 14 Things You Need to Know About the Ace Hardware Franchise

2.  Venhuizen said, “We are excited to welcome Kim to Ace as our new Senior Vice President and Chief Marketing Officer. In concert with her new team, Kim’s 20 years of results developing and advancing beloved consumer brands will further our local owners’ passion to fulfill Ace’s brand promise as the helpful place. I believe Kim will be a great addition to our leadership team.”

3.  As Ace Hardware’s new CMO, Lefko will lead the brand’s global marketing and advertising efforts and digital initiatives. Along with her team, she will be responsible for developing innovative strategies that further Ace Hardware’s brand promise and position Ace as the most convenient and helpful hardware stores on the planet.

4.  Before joining Ace Hardware, Lefko most recently served as chief marketing officer at Weber Stephen Products, maker of the Weber grill. In that role, she led the development of a centralized global website that streamlined e-commerce, fulfillment, and services. Prior to that, Lefko served as senior vice president of sales and marketing at Radio Flyer where she oversaw the development of the company’s first internal sales and marketing organization.


5.  Lefko also brings a wealth of experience from her time at Newell Rubbermaid. She held various marketing leadership roles as she transitioned Graco Children’s Products to one of the largest, most profitable business units within the company. Lefko started her career in sales and marketing at Black & Decker with various positions across product management, event marketing, and national account management.

6.  In early May 2018, Ace Hardware announced that it was collaborating with the Veterans of Foreign Wars of the U.S. (VFW) to honor veterans by pledging to give out 1 million American-made flags nationwide, in time for Memorial Day. On Saturday, May 26, consumers were encouraged to visit participating Ace Hardware stores to receive a free 8″ x 12″ American flag (only at participating stores while supplies lasted), while a second flag was donated to a local VFW Post to be used for marking and honoring veteran graves on Memorial Day.

7.  John Surane, executive vice president for Ace Hardware, said, “We are thrilled to continue our long-standing history of honoring veterans by supporting VFW Posts and local communities this Memorial Day. The sacrifices that these men and women have made for their country is something that should be recognized every day, and we at Ace want to make this Memorial Day even more meaningful. We applaud the VFW for the incredible support they’ve provided veterans nationwide for nearly 119 years and are grateful to be able to work together with our loyal customers and show our support this Memorial Day.”

8.  The 1 million American flag giveaway aligns with Ace Hardware’s long history of supporting veterans nationwide. In fact, the company’s name is a commemoration of the “Flying Aces,” the courageous fighter pilots from the First World War. Ace Hardware’s patriotism continues through the support of its veteran retailers, and the sincere appreciation for all the veterans and active-duty military who work in Ace Hardware stores, distribution centers, and its corporate offices.

9.  Keith Harman, national commander at VFW, added, “Working alongside Ace to support our veterans is a natural fit – their stores are located in communities across the country, just like our local Posts. We are grateful to receive this donation from Ace Hardware and their consumers, and we look forward to honoring our veterans in a big way this Memorial Day.”

11.  For the first few decades, Ace Hardware primarily served as a wholesaling organization, purchasing directly from manufacturers and storing merchandise in its own Chicago warehouse. The group’s low-cost purchasing and distribution methods quickly attracted new members and some franchisees. During its early years, use of the Ace name was recommended but optional; it would later become mandatory for new affiliates once franchising became official in the late 1970s.

12.  In 1973, co-founder and long-time president Richard Hesse sold Ace Hardware to its retailers, which turned Ace Hardware into a dealer-owned hardware cooperative. Independent retailers became the exclusive shareholders of the company. Since then, Ace Hardware’s board of directors has always been made up of dealers.

13.  Over the next few decades, Ace Hardware continued to grow and by 2015, the company surpassed $5 billion in wholesale sales. Today, Ace Hardware has locations in several countries around the world.

Convenience Hardware Format (stores with a retail selling space up to 6,000 square feet)