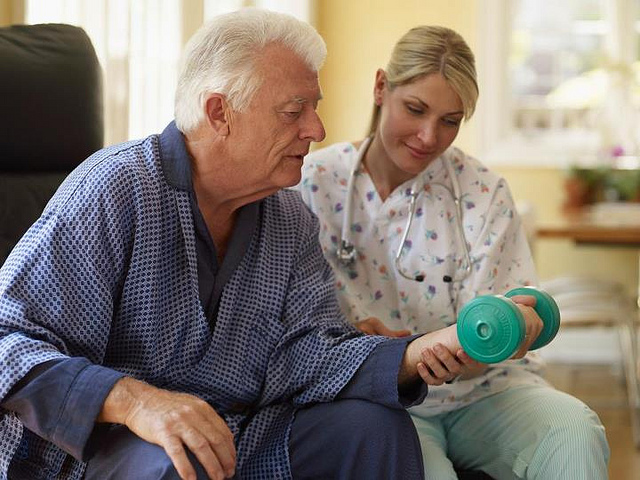 15 Things You Need to Know About the BrightStar Care Franchise

1.  At the beginning of April 2018, BrightStar Care said that it was expanding its nationwide presence even further starting with the acquisition of Iowa’s top home care agency, HomeChoice Senior Care. As of April 1st, HomeChoice Senior Care joins BrightStar Care and will offer the same higher standard of care that the senior care franchise provides to clients across the country.

4.  Herlocker said, “Because of my background with Sylvan Learning Centers, I was very well aware of the advantages to being part of a franchise system. We have been approached multiple times about the potential of selling to franchise networks, but frankly none of them offered us anything that we couldn’t produce and create on our own until BrightStar Care. We’ve always excelled at adopting new ideas, policies and procedures to enhance service for our clients and we are excited to move forward with BrightStar Care as it is a huge opportunity for our team as well as current and future clients.”


5.  Now operating as BrightStar Care, HomeChoice Senior Care will continue to deliver the same commitment to person-centered care at the highest professional standards Iowa residents have counted on since 2009. With the new partnership, clients will now have access to the same caregivers and office staff overseeing clients and each plan of care plus BrightStar Care’s national resources, skilled nursing services, and the same accreditation as the country’s best hospitals and nursing homes.

6.  Partnerships with independent providers like HomeChoice are part of BrightStar Care’s overall strategy to enter new markets by converting existing agencies to a BrightStar Care.

7.  Shelly Sun, founder and CEO of BrightStar Care, said, “With Koleene and her team, we found the perfect partners in Iowa: respected, caring, dedicated people who share our passion for person-centered care at the highest professional standards. This partnership puts BrightStar in three important cities, Cedar Rapids, Iowa City and Des Moines, where we can combine the best of our business with the best of HomeChoice Senior Care’s model.”

8.  In late October 2018, BrightStar Care announced a key addition to its senior leadership team as Pete First was appointed as the new vice president of franchise development. With extensive experience in the franchise industry, coupled with his goal of expanding the brand to new, untapped markets across the country, First will be primarily responsible for BrightStar Care’s domestic franchise development.

9.  Prior to joining BrightStar Care, First spent 14 years at Winmark Corporation, the franchisor for brands such as Play It Again Sports, Once Upon A Child, Plato’s Closet, Style Encore, and Music Go Round. During his tenure at Winmark, First awarded dozens of new franchise agreements annually and helped build the system to over 1,200 locations across North America.

10.  With his expertise in growing franchise brands, First plans to immediately step in and assist in achieving BrightStar Care’s goal to develop the brand through strategic and targeted growth. In his new position, First’s day-to-day responsibilities will include providing leadership, strategy, and direction to the franchise sales team in addition to putting systems in place that will improve the overall franchise sales process.

11.  First’s growth goals include adding successful franchisees to the brand in an effort to rapidly expand to new and currently underserved markets. First added, “BrightStar Care franchisees and their caregivers make a difference in the lives of their clients every day. I look forward to working with the BrightStar team to further expand the brand and provide an opportunity for our franchisees to serve new clients across the country.”

12.  Shelly Sun, CEO and founder of BrightStar Care, said, “Pete has a rich history in franchising and he is a crucial addition to our Senior Leadership Team as he brings with him decades of experience and knowledge that will be pivotal in driving BrightStar Care’s expansion strategy in the years to come.”

13.  BrightStar Care was founded in 2002 by Shelly Sun and her husband J.D. Sun in Gurnee, Illinois. The Suns wanted to offer higher-quality home care services for seniors as they personally needed help caring for an aging loved one, but didn’t know where to look for quality care. After this experience, the Suns wanted BrightStar Care to be more dependable, more supportive, and more complete than other senior home care services.