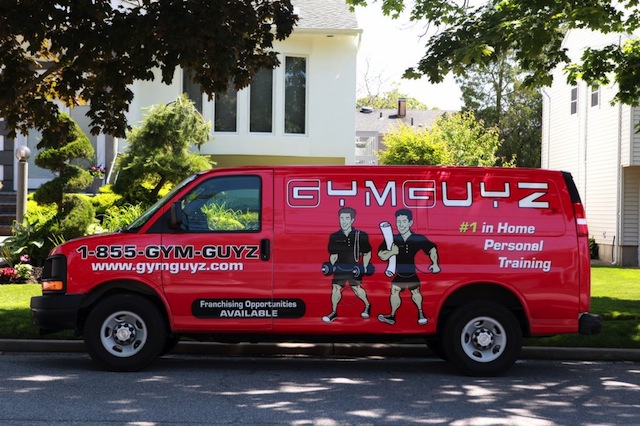 16 Things You Need to Know About the GymGuyz Franchise

1.  Near the end of 2017, GymGuyz said that it had sold 71 territories so far in 2017 and that there were 160 territories projected to open by the end of 2018. Josh York, founder and CEO of GymGuyz, said, “We have quickly become a competitor to the big players in the industry with a mobile concept that allows us to scale faster than almost any other franchise brand, but it’s our unparalleled customer service that has created a growing demand for GymGuyz worldwide. Our growth can only be supported if we have the right foundation in place, and our team has been doing an incredible job making sure we’re hiring motivated franchise partners that believe in driving results for our customers.”

2.  In 2017, GymGuyz celebrated a number of accomplishments starting with the completion of two landmark deals in Canada to open the brand’s first international locations. GymGuyz also broke into key states across the United States including Wisconsin, Hawaii, Washington, and Colorado, with plans to further develop these areas moving into the new year. In recognition of this growth, GymGuyz was ranked one of the Fastest Growing Franchises for the second consecutive year by Entrepreneur magazine.

3.  York added, “While the success of our existing markets is vital, we’re thrilled with how many new markets we’ve been able to enter this year – introducing a brand-new concept to these areas. By adding locations to 10 new states this year and one new country, we are able to reach even more clients to help them achieve their health and fitness goals. This development and recognition as a Fastest Growing Franchise is a sign of our record-breaking growth.”

4.  At the time of the press release, GymGuyz said that looking ahead to 2018, the brand would continue to target key growth markets across the U.S. including Boston, Baltimore, Pittsburgh, Southwest Florida, and Southern California. GymGuyz is also looking at furthering its international growth, focusing on development throughout Canada.

5.  York said, “Our demand for international growth has been high and we see huge opportunity for expansion in Canada. With strong franchisees paving the path for future development across the country, we aim to have more Canadian locations up-and-running in the New Year.”

6.  In early September 2018, GymGuyz announced that it had taken a big step forward in its expansion plans by hiring franchise marketing veteran Dawn Weiss as the company’s new chief marketing officer. Weiss joins GymGuyz with an extensive background in franchise marketing for notable brands in the wellness, retail, and beauty space.

7.  Beginning her franchise career as part of Massage Envy’s founding team during its most substantial growth period, she has since become a sought-after expert in her field, building strong, recognizable consumer brands that stand the test of time. Following her time with Massage Envy, Weiss established the marketing strategy for The Joint Chiropractic and most recently served as chief marketing officer of Amazing Lash Studio.

8.  Weiss said, “While there’s surely no lack of fitness concepts, people want convenience and accountability, which GymGuyz delivers – in fact, right to one’s door. We’re changing people’s lives because GymGuyz customizes each workout session to meet the individual’s needs, and helps them remain accountable to reaching them. There’s such great potential in this space for our franchise owners, which is why I’m excited to be a part of its growth and global expansion.”

9.  With her proven track record of success in marketing, advertising, and public relations for some of the nation’s leading franchise consumer brands, Weiss is poised to make an immediate impact with GymGuyz. She plans on leveraging what the brand has already been able to accomplish to craft a strategy that strengthens points of connection in existing markets and fuels growth in new ones.

10.  Weiss added, “When you have a franchise system that has grown as quickly as GymGuyz has, identifying the areas that are scalable to continue promoting new growth is essential. My first initiative is to strengthen the marketing foundation to make it a bigger part of the GymGuyz success story through the expansion of the brand’s online presence, defining our consumer personas, and developing segmented messaging that resonates.”

11.  In the same press release, GymGuyz said that it was preparing to open its 200th location while continuing to eye national and international expansion as it seeks out territories that continue to show a demand for its at-home fitness services. At the time of the announcement, GymGuyz had successfully added new locations to Maryland, California, Colorado, Wisconsin, Texas, Georgia, Michigan, Kentucky, and Florida. GymGuyz said that there were also plans to open locations in additional territories by the end of the year.

12.  Josh York, founder and CEO of GymGuyz, said, “Assembling a leadership team that has strong knowledge of the challenges and opportunities involved with rapid growth was critical to the long-term success of our brand. Dawn has a reputation for being able to take growing brands to the next level, and we knew she would bring that same passion and vision to GymGuyz. We’re excited to have her onboard as we continue our strong trajectory, bringing new life to our marketing efforts both locally and nationally, to become the world’s fastest growing fitness franchise.”

13.  GymGuyz was founded in 2008 by Josh York in Long Island, New York. York has always had a passion for fitness and played hockey while he was in high school. It was around this time that he made the connection that being physically fit helped him perform better on the ice and feel great at the same time. While York was in college, he worked as a personal trainer and continued to do so after he graduated in 2007. During the day, he worked for a marketing firm and did his personal training work at night.

14.  York noticed that gym members were inconsistent with their workouts and made too many excuses for not showing up at the gym. After identifying this problem, York came up with a solution. He decided to offer mobile fitness services that would bring the workout to customers at their choice of location. GymGuyz started with a fully equipped van containing weights, resistance equipment, and body bars. More equipment was added as the brand grew. In the beginning, York operated the company by himself out of his parents’ dining room. He was the only personal trainer on staff.

15.  To drum up more business, York drove the GymGuyz van up and down the Long Island Expressway. His strategy paid off when he had to hire additional personal trainers in 2010 to keep up with demand. The following year, York purchased three additional GymGuyz vans and in 2013, he established a permanent headquarters. York started franchising the GymGuyz concept that same year.