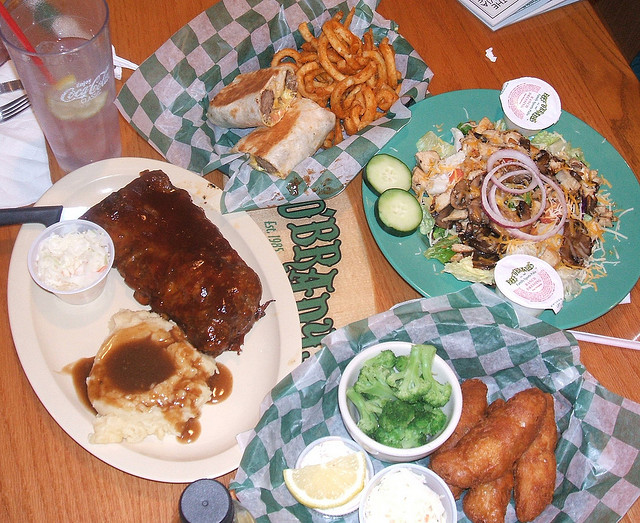 1.  At the end of June 2018, Beef ‘O’ Brady’s said that it had entered the second quarter poised with rapid growth momentum. The brand had undergone a number of strategic changes within the prior 12 months, including an entirely refreshed brand image, renovations to existing locations, and a revamp of the menu. Leading the charge was CEO Chris Elliott, who has focused on modernizing the concept while staying true to the company’s roots since he was hired in 2010.

2.  While restaurant industry traffic has been steadily declining, down by more than 2.7 percent in Q1 of 2018, Beef ‘O’ Brady’s has tightened up its operations and launched new value offerings to make the first quarter of this year the strongest in the company’s 30-year history. The brand reported a system-wide same-store sales increase of 4.3 percent, while restaurant traffic was up 2.1 percent in the first quarter of 2018.

3.  Heather Boggs, chief marketing officer of Beef ‘O’ Brady’s, said, “As a brand, we’ve been committed to launching new value offerings for our loyal customers. We know that the majority of our guests are families and we want to ensure we’re offering them some of the most affordable deals in the industry. But we also wanted to find a way to drive traffic for our franchisees during periods that were traditionally slower, like a Monday evening for example. Finding a way to accomplish both goals has proven to be an effective strategy.”

4.  To continue strengthening its position as a franchise organization, the parent company of Beef ‘O’ Brady’s, FSC Franchise Co., has been purchasing existing franchisee-owned locations, renovating these stores, and hosting grand re-opening celebrations to encourage new customer acquisition. Between 2017 and 2018, the team purchased 16 locations throughout Florida with four additional transactions expected to close before the end of the year, making FSC Franchise Co. the largest owner of Beef ‘O’ Brady’s restaurants in the system.

5.  Elliot added, “We have a rich history in Florida and are constantly working to enhance the brand’s image in our home state. Over the past few years, we have taken great strides to become more innovative and competitive in order to fuel our system’s growth. This was a clear step in the right direction and has allowed us to become an even more invaluable asset to our franchisees.”

6.  Beef ‘O’ Brady’s has also been testing new initiatives at its corporate-owned locations, including new product roll-outs and store branding. These locations reported an increase of 8.1 percent comp sales and a 4.9 percent increase in traffic – a great sign of what’s to come for Beef ‘O’ Brady’s once the company launches these projects nationwide.

7.  Although Beef ‘O’ Brady’s is working on improving its corporate locations, the company is still looking for new franchisees as its system continues to grow. At the time of the announcement, Beef ‘O’ Brady’s had locations slated to open before the end of 2018 in Panama City Beach, Florida; Beaver Dam, Kentucky; and Abingdon, Virginia. The development team is also looking for franchisees to open new locations throughout Florida, particularly in key markets such as Miami and Daytona.

8.  Jamie Cecil, vice president of development for Beef ‘O’ Brady’s, said, “While we have an established presence in Florida, the market remains a top priority for us because we believe Beef ‘O’ Brady’s can continue to grow and thrive here. We’re excited about the opportunity to bring our family-friendly concept to new markets and are looking for franchisees who want to become a part of that vision.”

9.  In August 2018, Beef ‘O’ Brady’s announced that it was looking to reinvent its brand image, altering the perceptions of consumers who traditionally refer to the chain as an “Irish pub.” Chris Elliott, CEO of parent company FSC Franchise Co., said it’s time for the brand image to change. He added, “We’re not an Irish pub, although sometimes we get called an Irish pub. We want to get away from that distorting image.”

10.  With the recent investment from private equity firm CapitalSpring and the planned corporate acquisition of some franchisee-owned locations, Beef ‘O’ Brady’s aims to consolidate its franchise base to promote multi-unit ownership and encourage growth. In tune with this new messaging, Beef ‘O’ Brady’s aims to open a new prototype restaurant, which would include an updated kitchen to improve consistency, speed, and quality, before the end of the year.

11.  Elliott said, “I look at Beef O’Brady’s and I see only one casual dining brand that had higher stacked [same-store sales] growth over the past six years and that was Buffalo Wild Wings. We had five years of positive comps. We went negative in 2016 and are about flat in 2017, but we’ve outperformed our category for the last six years.”

12.  The brand attributes some of this growth to new marketing initiatives like Taco Tuesday and Wing Wednesday that help generate traffic on business days that are traditionally slower. According to Elliott, “We found clever ways to provide a significant amount of value without smaller portions or lesser quality. You can’t cut portions and stick a lower price on it and expect people to respond to it. You have to do it in a way to maintain margins. I wouldn’t sell burgers for $5.99 every day, but I could do it on a Monday, and get Monday in good shape.”

13.  Beef ‘O’ Brady’s was started in 1985 by Jim Mellody and his wife Jeanette in Brandon, Florida. Mellody had always dreamed of opening a family-friendly restaurant/neighborhood pub where friends and families could gather to enjoy good food and sports in a fun, comfortable atmosphere.

14.  Mellody filled the first Beef ‘O’ Brady’s with TVs and satellite dishes so that customers could enjoy a wide array of sports. The walls of the restaurant were also covered with sports memorabilia that Mellody had collected through the years.

15.  Although Mellody opened additional locations, Beef ‘O’ Brady’s did not start franchising until 1998 when Mellody sold a majority of his interest to Family Sports Concepts, Inc. Mellody retained an interest in 13 locations, which was sold when he died in 2002.

16.  Today, Beef ‘O’ Brady’s has locations in several U.S. states, primarily in the Gulf/Southern Coast of the U.S.