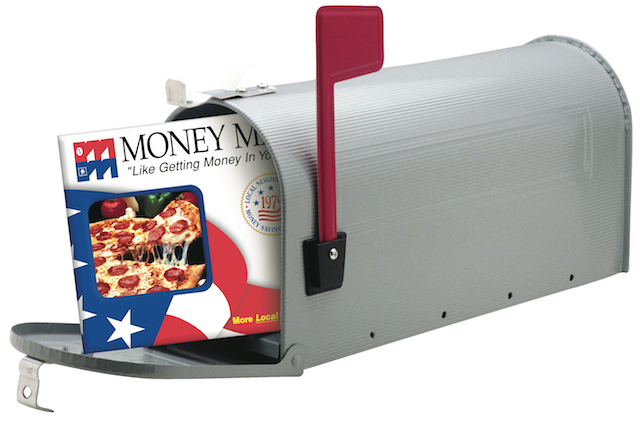 This annual list of the best advertising services franchises was revised and updated on June 2, 2022.

Advertising is one of the biggest industries in the US, covering everything from product placement in multi-million-dollar films to leaflets stuffed into local mailboxes. It’s the constant swirl of activity at this lower end of the scale that lets small businesses and franchise branches thrive. By catering to local and specific needs, advertising franchises can make themselves invaluable to businesses in a specific niche or area.

The advertising industry is hardly new, but it has seen staggering growth in the 21st century. From $66 billion in revenue in 2004, it rose to nearly $148.8 billion in 2020. It is one of the major engines of the American economy, with nearly 38,000 businesses in 2018, providing a service that other industries can’t do without. The use of marketing professionals, whether to run campaigns or to provide advice and training, is essential for any business hoping to survive in the cutthroat modern marketplace.

Although a growing proportion of life is conducted online, direct marketing companies still make use of offline methods and do well by it. Direct marketing, including the old-school method of direct mail, remains a major advertising channel in the US. Leaflets thrust through doors or into mailboxes are an important way to reach local customers. Eye-catching glossy magazines and postcards can help businesses to distinguish themselves from the mass of bulk advertising, while coupons can lure in bargain conscious consumers, especially during tough times.

While physical forms of marketing are still alive and kicking, it’s online marketing that’s seeing real growth, increasing by 11.6% per year from 2016 to 2021. This is a constantly evolving arena, thanks to the ever-changing whims of algorithms in critical marketing channels such as Facebook and Google. As a result, digital advertising agencies alone employ 74,000 people in 6,000 businesses. These staff have the time and expertise to keep on top of these trends in a way that their clients don’t, making their services invaluable. They can introduce tricks that are currently under-utilized, such as mobile and location-based advertising, giving their clients an edge. This is an industry where you have to keep up-to-date to survive.

While advertising continued during the COVID-19 pandemic, the economic contraction of 2020 had a significant effect on some parts of the industry, with revenue for advertising agencies shrinking by 3.1%. This contraction was less than analysts initially predicted, and it varied depending upon an advertiser’s specialty. Advertising for tourism was hit particularly hard, while some areas of online marketing thrived, in line with patterns in the wider economy.

With the economy reopening post-pandemic, the advertising industry is seeing strong growth again, thanks to other businesses expanding their ad expenditure. The revenues for advertising agencies were projected to grow by 6.8% in 2021.

Fallout from the pandemic may well accelerate the ongoing shift toward online advertising, especially given the increased awareness of the benefits of e-commerce, and while 40% of digital advertising agency work is taken by the top three companies, that still leaves plenty of room for smaller firms. Smaller outlets and franchises can provide specialist skills, whether for online or print advertising, as well as local knowledge that will draw clients to them in preference to the big players.

Advertising franchises have plenty of sources of work available to them in the coming years.

The Top Advertising Services Franchises of 2022

N2 Publishing has a different model from the other companies on this list. It creates high-quality magazine formats for specific communities. Each edition features resident-submitted stories and photos, allowing neighbors to get to know each other, and of course features well-designed ads for upscale area businesses. This type of approach works best in print format, and the high-end magazine approach is well-liked by each community’s residents.

Franchisees are called Area Directors, and you can get started with this company without a big up-front franchise fee. However, you basically have to be located in one of the exclusive communities they want to be in.

Founded in 2004 and franchising since 2016, the number of locations has declined in recent years from a high of 1,002 in 2018 to the current total of 627 (down from the previously reported total of 743), of which 32 are company-owned and all are located in the US.

Money Mailer is all about reaching consumers with local deals and coupons, and continues to include direct mail marketing as a core offering for doing it. It calls its coupon mailers “hyper-local direct mail” and bills it as the important method of first contact, but then supplements that with digital advertising and coupons, including its Money Mailer Mobile App, email, and its searchable online database of coupons through its website.

The company’s recognizable direct mailers reach more than 15 million households in 30 states. Franchisees do much of their work online, including requesting ad designs from corporate headquarters, and receiving and distributing ad proofs for approval – it all happens online.

Founded in 1979 and franchising since 1980, the number of locations has been declining the past couple years and stands at the last known reported total of 229 in 2019, of which 80 were company-owned and all were located in the US.

On the digital side, consumers can visit the Valpak website to search for local coupons by zipcode, browse through coupon codes from all kinds of companies that can be used when shopping online, and also a wide range of grocery coupons (these tend to be printable manufacturer’s coupons). Valpak’s digital platforms host approximately 8.5 million daily unique visitors, of which 61% happen through mobile devices.

While startup costs for a franchise are surprisingly low, there are only a handful of available territories, all of which are those available for resale by the current franchisee.

Founded by Terry Loebel in St. Petersburg, Florida in 1968 and franchising since 1988, the number of locations has declined in recent years from 179 in 2012 to the last known reported total of 143 in 2017, of which 14 were company-owned and four were located outside the US.

Discovery Map International produces both print and digital maps of specific communities. When visiting the company’s website, you’ll realize you’ve probably seen one of their maps in your own community or on your travels. The illustrated tourist maps not only highlight all sorts of tourist sights people visiting the area want to know about, but also show the area’s local businesses both residents and tourists might want to visit.

Anyone can also visit the company website and search for maps that interest them for places they are going to visit. Around the perimeter of the map are all the businesses who paid for advertising space on the map, with their locations clearly marked on the map.

Founded in 1974 and franchising since 1993, the number of locations currently stands at 119 (down from the previously reported total of 130), of which none are company-owned and two are located outside the US.

RSVP Publications reaches consumers with exclusive upscale offers for life and home. The mailings consist of 4-color picture postcards featuring the kinds of upscale local businesses in which the wealthiest 20% of highly-targeted homeowners are likely to have an interest.

Consumers use the postcard as a follow-up contact to the business to express their interest in learning more about special savings on a service or product. The homeowner can fill out the postcard and put it back in the mail, call the business directly, turn the postcard in directly at the business, or visit a custom URL to make contact with the business electronically. This variety of potential contact methods means responses are very trackable for the advertisers.

Founded in 1985 and franchising since 1998, the number of locations has declined in recent years from a high of 75 in 2013 to the current total of 57 (down from the previously reported total of 67), of which one is company-owned and all are located in the US.

Our Town America targets its direct mail packages to people who have newly moved into a community. For each category of business, the company only partners with one company in the category for a given territory, making it an exclusive channel for its client companies.

What the new resident receives is a packet of gift certificates to local businesses. When they go to redeem the certificate, they must provide their name and address, which is then used for a follow-up postcard mailing to tempt them to return to the business with an additional offer.

As many as 40 million people move into a new community every year, so there’s a constant supply of potential new customers in many cities and towns across the country. It’s a great way for local companies to meet new customers and gain their loyalty for repeat business.

Founded in 1972 and franchising since 2004, the number of locations has fallen recently to the current total of 52 (down from the previously reported total of 63), of which none are company-owned and all are located in the US.

Town Money Saver (TMS) has a tagline that says “Shop Locally. Save Locally.” Its direct mail publication reaches more than 2.3 million households every month with coupons and money-saving opportunities at local businesses. Consumers can also search the company website by zip code to find and print coupons. The company’s current locations/territories are concentrated in Ohio, Indiana, Michigan, and Kentucky, which means there’s lots of room to expand.

TMS has a very interesting franchise model that allows new franchisees to earn their franchise without fees. Its Performance Awarded Franchise Opportunity program is possible because you don’t need a storefront and corporate headquarters handles all the graphic design, printing, and mailing of the monthly publication. In this approach, the new franchisee has to generate enough sales to cover the cost of their first TMS mailer. If they perform well, they will be awarded a franchise.

Founded in 1992 and franchising since 2005, the number of locations has declined in recent years from a high of 52 in 2018 to the current total of 41 (down from the previously reported total of 44), of which two are company-owned and all are located in the US.

BirthdayPak has come up with an interesting twist on the direct mail advertising model. When a consumer signs up, they will receive a special mailing for their birthday that includes gift cards to local restaurants, day spas, clothing stores, and other local businesses.

Interestingly, the company’s model has a distinct focus on targeting women for its mailings. The participating business advertisers are meant to be upscale, and the women consumers are meant to be affluent. The company website notes that more than 500,000 women have signed up so far.

Founded in 2009 and franchising since 2014, the number of locations currently stands at the last known reported total of 29 in 2019, of which two were company-owned and all were located in the US.