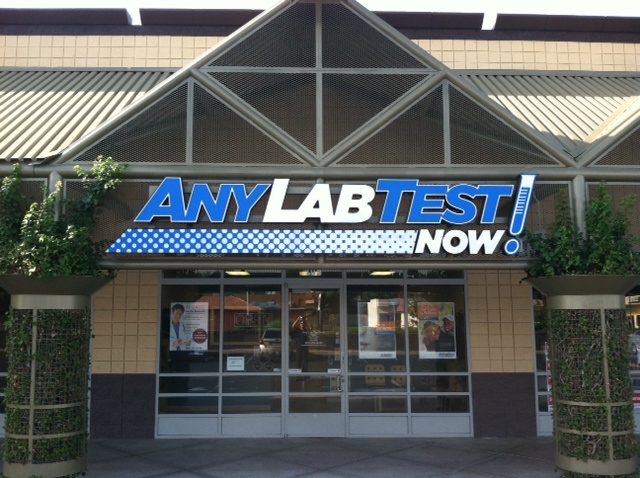 This annual list of the best laboratory services franchises was revised and updated on May 4, 2022.

With its image of wild-haired scientists, bubbling test tubes, and mysterious machines, a laboratory seems a long way from the world of franchising. But the reality is that there are countless commercial labs across America, doing tests for medicine and industry. Connecting these services to the people who need them is an area where franchises can flourish.

It might sound outlandish, but laboratory services have a grounded place in many Americans’ lives. Laboratory tests are vital in diagnosing health conditions and developing appropriate treatment regimes, and that work doesn’t just happen in hospitals. Outside of medicine, many industries need tests to show that companies are meeting environmental and industrial standards, which also means a need for laboratory support.

Through medical laboratory services companies, individual consumers can get a variety of clinical laboratory tests and then share results with their healthcare providers. As an industry, this is often called the “direct-to-consumer laboratory testing” market. Many Americans find themselves with high-deductible health insurance plans, which means they’d have to pay out of pocket for many tests, so they’re interested in finding lower-cost options.

Laboratory franchises also provide various kinds of testing such as drug and alcohol tests for companies who require them for their employees. This is a sensitive area that requires careful, discreet handling, and that is vital to ensuring safe workplaces.

Whether the testing is for individual consumers or for businesses, some of the actual tests are not performed on-site. Instead, the franchise location acts as a link between the consumer and the laboratory by collecting the needed sample (blood, urine, DNA swab, etc.), sending it on to the lab, then receiving the results once tests are complete. Some tests must be ordered by a primary care physician, but many others do not require a doctor’s order.

The market for laboratory testing services is currently worth $24.4 billion in the US. It saw a continuous increase in revenues from 2012 to 2019. This was followed by a significant drop in revenues in 2020, which might seem surprising, given the rise of COVID-19 tests. But economic and social disruption interrupted many other forms of testing, biting into the business of these firms.


The industry has bounced back and is expected to grow by 4% in 2021. The ability of laboratories to conduct a growing number of tests has fueled its own demand, as people turn to these companies to inform their healthcare decisions, while businesses make use of them to outsource employee testing services.

There are over 11,000 businesses in the laboratory testing industry, employing over 153,000 people, and there are good reasons to think that, despite suffering from an economic setback during the pandemic, these businesses could experience strong growth over the next five years.

The pandemic has increased awareness of medical testing and of health risks in general, meaning that people are more likely to make the most of these medical services. A strong post-pandemic economic recovery would lead to businesses starting up testing that they have abandoned over the past year, or even increasing testing to ensure safe workplaces. In addition, the spread of legal marijuana across US states has created extra testing needs in order to meet regulations and ensure workplace safety.

Patients are increasingly turning to at-home testing to manage their health, and companies have conducted hundreds of thousands of antibody tests for COVID-19 alone in the past year. There’s also potential work in testing for regulations, industrial and environmental standards, and even veterinary work. Expenditure in these areas has potential to boost the industry, and businesses that provide a quick turnaround are likely to see satisfied repeat customers.

Laboratory services franchise businesses have an opportunity to position themselves as a vital part of a healthy economic recovery, and while there are no guarantees about what the near future holds, this is certainly a timely sector to look at.

The Top Laboratory Services Franchises of 2022

Any Lab Test Now offers customers a way to be more proactively involved in their own healthcare with its huge range of lab tests that can be ordered. It calls its approach private, affordable, and convenient. Most customers are in and out within a 15-minute timeframe. Consumers can search the database of available tests on the company website and, after selecting the test and the nearest location, see what it would cost (because prices vary by location). These prices are firm, with no hidden fees.

Major categories of tests include general health, drug/alcohol tests, DNA tests, STD tests, and many more outside these broad categories – thousands of tests! Walk-ins are always welcome with no appointment needed and each location has work-friendly hours that include Saturdays.

Founded by Dr. David Perlow in Atlanta, Georgia in 1992 and franchising since 2007, the number of locations has grown in recent years from 149 in 2012 to the current total of 195 (up from the previously reported total of 192), of which eight are company-owned and all are located in the US.

ARCpoint Labs also uses three words to describe its offering: accurate, reliable, and confidential lab testing. ARCpoint does conduct some of its lab tests on-site, which helps explain why it puts a big emphasis on its services for workplace testing since it can offer faster turnaround times than places not doing the tests on-site. Primary testing categories at this chain include drug/alcohol, health and wellness, STD, DNA, and much more.

The company also has an array of home testing options where consumers get a kit and can collect their own samples at home, send it off to the lab, and get the results sent to them directly via email. Franchisees are free to develop relationships with area employers, local courts, physicians, and consumers to meet a wide array of testing needs.

Founded by Felix Mirando in Greenville, South Carolina in 1998 and franchising since 2005, the number of locations grew steadily from 38 in 2011 to the last known reported total of 104 in 2018, of which two were company-owned and all were located in the US.

Fastest Labs has a three-word slogan like the other companies on this list: clean fast testing. It also has a narrower niche focus in the variety of tests offered because it focuses on drug, alcohol, and DNA tests. Because of this narrower focus, it promotes its testing to specific niche customer segments, including employers, state and federal departments of transportation (DOT), athletic testing, government testing, military testing, immigrant testing, student testing, and court admissible testing. Individuals are also among their clientele.

As the company name implies, it focuses on an optimal mix of speed and accuracy. Part of that speed comes from conducting the actual laboratory tests on-site. This chain will help the human resources departments of area employers develop ongoing testing programs that fit their company policies and will help manage those programs.

Founded by Dave Claflin in San Antonio, Texas in 2008 and franchising since 2010, the number of locations has grown from six in 2012 to the current total of 60 (up from the previously reported total of 49), of which one is company-owned and all are located in the US.