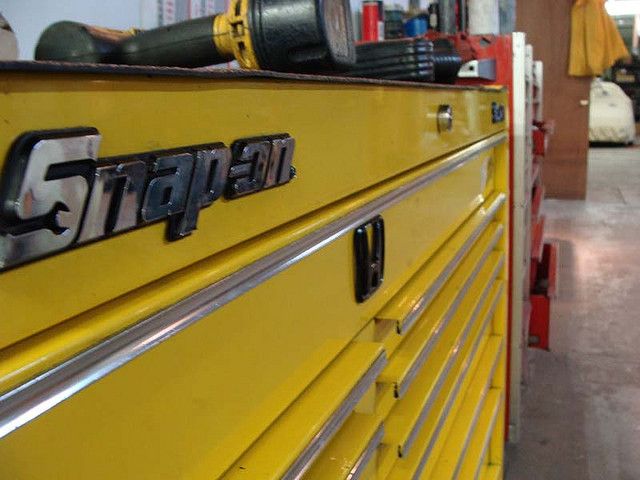 This annual list of the best tools distribution franchises was revised and updated on March 22, 2022.

Every kind of vehicle that has a motor eventually needs repairs or maintenance, and the mechanics who do that work need to have the right tools for the job. A whole industry has grown up around supplying these skilled technicians with the tools they need, and franchises fill an important role in that industry.

There were nearly 276 million registered motor vehicles in the US in 2020 – that’s more vehicles than there were adults in the population to drive them. Those vehicles are constantly getting worn down or damaged, and so need regular maintenance, as well as occasional repairs. The number of vehicles has been growing over the years, and this growth shows no sign of stopping, meaning that there’s a constant demand for mechanical work. The age of vehicles is also increasing each year, as Americans keep their cars running for longer, meaning that more maintenance is needed.

The industry doing this work employs over 547,000 people in 234,000 auto repair and maintenance facilities. That’s over half a million people who need auto mechanic tools to do their job. The better their tools and the more variety of specialist equipment they have, the better they’re able to perform their jobs. They’re therefore reliant on tool providers to help them maintain and grow their businesses, and those providers have an opportunity to keep expanding their own product ranges.

The tool distribution industry works not just by selling to private businesses, but also through contracts to governments and public sector establishments, as well as providing tools to trainee mechanics. Supplying trainees can be a great way to get customers at the start of their career, setting a franchise up with a customer who will keep coming back throughout their professional life. Loyal customers can create stability for tool providers.

Environmental concerns offer challenges for the auto industry, but they also offer opportunities for tool providers. Hybrid and electric cars have their own specialized components, meaning specialist tools, meaning another opportunity to expand product lines. Americans show no sign of giving up cars, but are instead looking for other ways to live more greenly.

This industry has been relatively safe from the impact of the COVID-19 pandemic. While the economic downturn associated with the disease has affected everyone, tool distributors aren’t customer facing, and they provide a service that’s vital to keeping the rest of the economy running. Mechanics need them in order to stay in business, and so they are unlikely to suffer any long-term loss of business from the current difficulties.

Those mechanics, the tool distribution industry’ customers, survived the pandemic relatively well. With fewer cars on the roads, revenues declined, but the number of auto repair and maintenance centers actually rose 0.9% from 2019 to 2020. Pent up demand from work not carried out during 2020 created an opportunity for mechanics as vaccinations and economic recovery brought people back out of their homes and onto the roads. As the dramatic economic recovery continues, tool distributors are likely to benefit from the recovery of their core customers.

An estimated two-thirds of auto mechanics are self-employed, and this means that they are often free to choose their own tools and suppliers. This makes it easier for new tool distribution franchises to start picking up parts of the local market. It also means that building up a business will involve a long, steady slog, bringing in new customers one at a time.

This is an industry with strong, constant demand, working at the heart of the American economy. Beyond private vehicles, there are also trucks, boats, planes, and other types of small engines keeping mechanics employed, and those mechanics provide work for tool supply franchises. As long as America’s love of all things motorized continues, so will this industry.

The Top Tools Distribution Franchises of 2022

Snap-on Tools is celebrating its 100th anniversary in 2020. It doesn’t just sell any tools, it both designs and makes the tools it sells. It produces an astounding array of tools and has become a truly major player dominating this industry.

The numbers are impressive: More than 65,000 SKUs in its product line, 3,300 active and pending patents all over the world, and quarterly cash dividends paid out to investors without interruption or reduction since 1939. The company has a presence in more than 130 countries and employs more than 12,600 people. Net sales in 2018 exceeded $3.7 billion.

Franchisees drive large custom-built vans to sell and deliver tools to customers on specific routes. This “mobile” approach avoids needing to acquire and maintain expensive real estate for a storefront.

Founded by Joseph Johnson in Milwaukee, Wisconsin in 1920 and franchising since 1991, the number of locations has been up and down in recent years and currently stands at 4,769 (up from the previously reported total of 4,727), of which 192 are company-owned and 1,280 are located outside the US.

Matco Tools is similar to Snap-on in that it manufactures and distributes tools for vehicle repair. Selling is accomplished primarily through franchised mobile operators in customized trucks on specific routes, but the company also sells to central purchasing operations and other institutional customers through industrial sales representatives. There are currently more than 13,000 different tools and tool storage solutions in its catalog, and its range of distribution includes the US, Canada, and Puerto Rico.

Mechanics in training can sign up for Matco’s TechEd student discount to start putting together their own collection of tools they’ll need to start their career. Most franchisees start out with a territory that includes around 325 customers. Mechanics or others with an idea for a new tool can submit it to Matco, and if they end up making and offering it, you’ll get 2% of the tool’s first-year sales.

Mac Tools has been around for many decades, but is the new kid on the block in terms of franchising, which only started in 2011. Similar to Snap-on and Matco, Mac Tools has chosen customized, branded trucks driven by franchisees on designated routes as its primary way to sell its more than 42,000 tools directly to the mechanics who need them.

The company also services commercial and government accounts, and offers a Student Tech discount for learning mechanics to start building their set of tools.

Cornwell Quality Tools has made a name for itself by going the extra mile to craft hand tools that last longer than most, and its two domestic foundries use steel from US companies to make its tools. The company’s confidence in its tools is backed by a lifetime warranty on all of them.

Cornwell primarily sells its tools in the same way as the other companies on this list, through franchisees who drive branded trucks in designated geographic territories. Prospective franchisees are free to do a “ride-along” with an established franchisee to see what a typical workday would be like if they were to join this company.

Cornwell recently sealed a deal with NHRA Championship Drag Racing for exclusive marketing opportunities, including at-track activation and digital marketing initiatives, similar to a deal it made with John Force Racing in 2019.

Founded by skilled blacksmith Eugene Cornwell in Wadsworth, Ohio in 1919 but franchising only since 1997, the number of locations has expanded in the last several years to the current total of 756 (up from the previously reported total of 705), of which none are company-owned and all are located in the US.