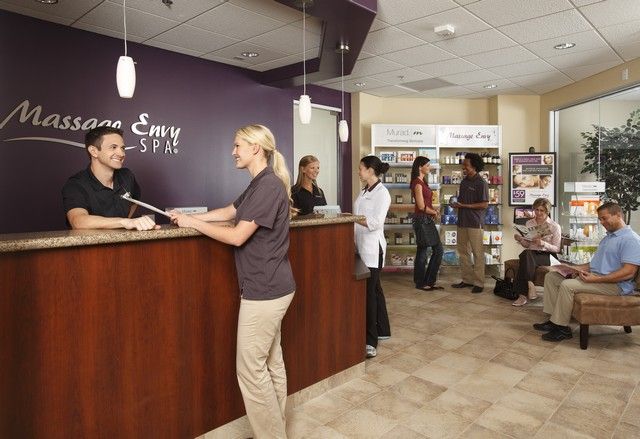 13 Things You Need to Know About the Massage Envy Franchise

1.  In late November 2017, an investigative report conducted by BuzzFeed News revealed that more than 180 women have reported sexual assaults by Massage Envy employees. The report opened with the story of one of the alleged victims, Susan Ingram. According to the report, Ingram was just one of more than 180 women who “have filed sexual assault lawsuits, police reports, and state board complaints against Massage Envy spas, their employees, and the national company. Over 100 reported that massage therapists groped their genitals, groped their breasts, or committed other explicit violations.”

2.  Additionally, BuzzFeed News reported that Massage Envy franchisees mishandled the claims. BuzzFeed News investigative reporter Katie Baker said, “I think that the descriptions of the sexual assault claims that I heard are really horrific. But to me, it’s awful to be assaulted when you’re in a very vulnerable position…But I think that for some women it’s even worse to go and report what happened to you and not have it taken seriously.” BuzzFeed News discovered that Massage Envy only requires franchisees to conduct internal investigations of abuse claims except in the few states that require notification of local law enforcement.

3.  Immediately following the release of the BuzzFeed News report, Massage Envy CEO Joseph Magnacca released a statement apologizing for mishandling the sexual assault reports. Magnacca said that each location has been “required to review, recommunicate and, in no uncertain terms, recommit to our safety and reporting policies.” Additionally, Magnacca said that Massage Envy has conducted a review “of all massage therapist files to ensure they have a completed background check and professional reference checks as well as to ensure their licensure/certification is current and annual training requirements have been met.”

4.  Magnacca added that Massage Envy’s “accredited third-party background screening company has begun rescreening each and every one of the 20,000 licensed massage therapists within the Massage Envy network.” At the end of Magnacca’s open letter, he promised that these were only the first steps that Massage Envy was taking to rectify the situation and that the company would be making additional changes to ensure its members’ safety.

5.  Following the release of an investigative report conducted by BuzzFeed News, which stated that over 180 women had reported that they were sexually assaulted by Massage Envy employees, Massage Envy announced that the company had devised a six-point plan to ensure their customers’ safety. Massage Envy outlined the plan in a press release in early December 2017, about a week after BuzzFeed News released its report. In the press release, Massage Envy said that the plan would be rolled out and implemented across its entire network over the coming weeks.


6.  In addition to the six-point plan, Massage Envy said that it was working with industry groups, like the American Massage Therapy Association, to create a solid foundation for change across the massage industry. Massage Envy added, “The safety and well-being of members and guests has been our mission from day one and our commitment has never been stronger. We know that you put your trust in the brand, and we will keep working to earn it.”

8.  At the beginning of July 2018, Massage Envy introduced CyMe™ Boost – a first-of-its-kind collection of serums that bring the benefits of personalized skincare to the entire body. According to Massage Envy, these highly concentrated serums contain potent, efficacious ingredients that blend with the brand’s massage oils and creams. The serums were designed to hydrate, purify and balance the skin, and to smooth and brighten the skin’s appearance.

9.  Joe Magnacca, CEO of Massage Envy, said, “CyMe Boost addresses the emerging trend of consumers beginning to care about treating their skin beyond just the face and neck. Collectively, the Massage Envy franchise network has performed more than 135 million massages and facials, far more than anyone else in the industry. We used that expertise, and the input of therapists and estheticians, to create CyMe™ Boost.”

10.  The six different CyMe™ Boost Serums can be used separately, paired together, or combined with other enhancements in the selection of Massage Envy’s offerings, like aromatherapy. Massage Envy said there are more than 720 possible enhancement combinations. CyMe™ Boost is available at all Massage Envy locations nationwide, with an added cost of $10 per Boost to any massage session.

11.  Massage Envy was founded in 2002 by John Leonesio and Shawn Haycock in Scottsdale, Arizona. Leonesio and Haycock first met in the 1990s through a fitness chain, Q The Sports Club, which was co-founded by Leonesio. After Leonesio’s fitness chain was acquired by 24 Hour Fitness, he and Haycock decided to try bringing the fitness industry’s membership model to the massage industry. At the time, massages were mostly offered only by upscale spas or in medical offices. Leonesio and Haycock wanted to offer affordable massage at convenient mini-spas that would stay open nights and weekends.

Part 1 – Statement of Average Net Sales for Fiscal Year 2017 by Quartiles for Franchised Outlets Opened Between January 1, 2013 and December 31, 2015