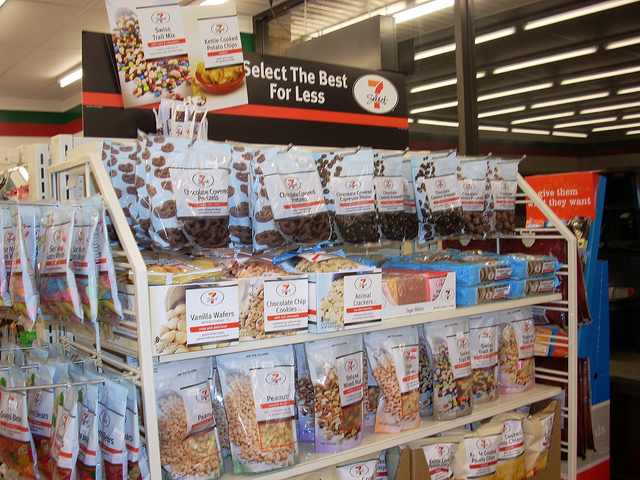 This annual list of the best convenience store franchises was revised and updated on March 8, 2022.

Few things are more ubiquitous in the American landscape than convenience stores. Every town and city is littered with them. Most neighborhoods have at least one, and often more. They’re small in size but potentially lucrative, because they offer consumers exactly what the name says – convenience. If you want to buy goods without traveling far, to pick up milk for breakfast, a snack on the way to work, or a drink late at night, then the local convenience store is there for you, and shoppers will pay more to make their shopping easy. It’s no wonder that convenience stores represent over a third of the bricks-and-mortar retail tracked by Nielsen.

A booming economy following the recovery from the financial crash has been good for convenience stores in the US. Greater employment meant that people had more money and less time on their hands, so were more likely to make purchases from locations that were convenient, even if they were more expensive. Industry revenue has grown to $35 billion per year in the US, employing over 146,000 people in more than 43,000 businesses. Even including the pandemic year of 2020, the industry has seen annualized market growth of 3.2% for the past five years. Convenience stores have grown faster than the overall economy, are now worth $7 billion more than they were just seven years ago, and show every sign of continuing in this way.

Convenience stores sell 80% of fuel in the US, and this is a significant source of revenue for the stores that are also fueling stations. While not all convenience stores operate like this, it can be a good way to bring in consumers not just for fuel but for quick purchases on the move and snacks for a journey. On average, a store selling fuel has around 1,100 customers per day, many of whom will make impulse buys alongside fuel and planned purchases. Instability in gas prices might create some tensions for these particular stores, but Americans show no signs of giving up gas, and it remains a reliable way to keep a store profitable, even through price fluctuations.

The COVID-19 pandemic had an immediate and noticeable effect on convenience stores. With people traveling around less and being more cautious about human contact, sales inevitably fell. Though convenience stores sold essentials and so were able to stay open even during lockdowns, they could no longer rely on casual foot traffic and commuters to provide a large part of their business. Hygiene concerns reduced their ability to sell certain products, like self-service coffee and fountain drinks, though alcohol sales boomed. Their revenues fell by 5.2% in 2020.

With effective vaccine rollouts and a stimulus package rebuilding the US economy, convenience stores are bouncing back, with 8.2% growth in revenues for 2021. In the space of a single year, the industry has exceeded its pre-pandemic revenue levels. Convenience stores in major cities and tourist locations will see some delayed benefits as consumers act on postponed travel plans and take some long-delayed time away from home.

In the long term, growing urban populations are likely to boost convenience stores, increasing the industry’s opportunity for growth, and with it the opportunities for franchisees to establish their own stores.

This is an industry dominated by single-store operators, who run 60.4% of convenience stores. This means that franchisees aren’t primarily battling against the might of big brands, making it easier to get established in this sector. Being in a franchise can provide benefits in terms of supply chains and discounts on products, and the higher price people are willing to pay for convenience can balance the costs of franchise fees.

Convenience stores are vulnerable to shifts in the wider economy. Declines in food prices and wobbles in consumer confidence have hit their profits over the past decade. A recent decline in cigarette sales has hit a part of the business that provides good income for relatively little floor space. But stores are often able to adapt quickly and effectively, for example using smokeless tobacco and other alternatives to smoking to fill the cigarette gap. Small scale can provide flexibility, allowing a store to respond to and benefit from its particular customers’ needs.

The Top Convenience Store Franchises of 2022

7-Eleven was the pioneer of the whole convenience store concept back in the late 1920s and it remains the clearly dominant player to this day. What many don’t know is that the original name was Tote’m because people “toted” their purchases home. It wasn’t until the 1940s when the growing chain extended its hours to be open from 7 a.m. to 11 p.m. that it changed its name to 7-Eleven. Of course, these days all locations are open 24/7.

What sets this company apart from others from the franchisee perspective is how each location has some degree of flexibility to tailor its products to what the community wants. Now operated as a subsidiary of the Japanese company Seven & I Holdings Co., Ltd., the company is now described as a Japanese-American chain of convenience stores.

Founded by Joe C. Thompson in Dallas, Texas in 1927 and franchising since 1964, the number of locations has continued to expand steadily in recent years, especially internationally. The current total number of locations is 77,346 (up from the previously reported total of 68,944), of which 5,945 are company-owned and 63,943 are located outside the US.

Circle K franchisees have lots of options when it comes to joining this company. You can buy an existing location that’s for sale, you can rebrand an existing convenience store, or you can build a brand-new location on real estate you own or lease. And it doesn’t even have to carry the Circle K brand since the parent company owns multiple chains.

In the southeastern US, you might want to go with the Kangaroo Express brand, or along the eastern seaboard you might choose the On the Run brand. You can sell gasoline or not according to what makes sense for your location. This chain is currently owned by Canadian convenience store operator Alimentation Couche-Tard and has mostly grown throughout its history by acquiring other c-store chains and rebranding them.

ampm is in the midst of a somewhat silly campaign to emphasize its food and snack offerings with a strange-looking mascot named Toomgis because he’s a giant made up of “Too Much Good Stuff” (the chain’s snack food and beverage offerings). He has a podcast in which he explains the origins of various snack items – and although he sounds suspiciously like Cookie Monster when he speaks, he looks more like some kind of snack food Rastafarian. The chain has also introduced the Scratch Power App that allows customers to win prizes by scratching and scanning every time they visit a store.

ampm was started by oil company Atlantic Richfield Company (ARCO) but is now a subsidiary of oil and gas giant BP. Founded in Southern California in 1975 and franchising since 1979, the number of locations stands at the last known reported total of 1,029 in 2019 (up from the previously reported total of 1,005), of which 81 were company-owned and all were located in the US.