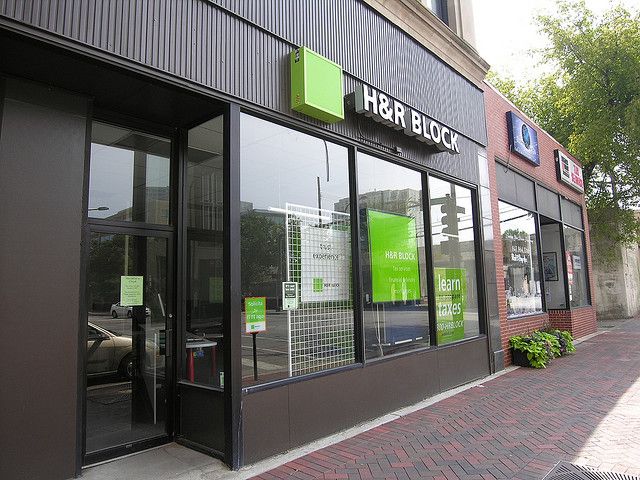 This annual list of the best tax preparation franchises was revised and updated on February 24, 2022.

Tax returns are a necessary evil, a much-resented annual chore that working people go through so that we can have public services. This has created an $11 billion industry in tackling taxes, employing nearly 260,000 people in 129,000 businesses, in which franchising plays a small but significant part.

While it’s possible to fill in tax forms without expert advice, getting the help of a professional is often far more cost effective, given the time that it takes to complete a return. It can also help in managing how much tax is paid, because these professionals understand the details of the system. The IRS issued over 100 million refunds on overpaid tax in 2020, and a professional can help their client avoid such overpayments in the first place or claw back the money lost. They’re able to simplify complex paperwork and processes, and to maximize refunds by identifying rules that work in a client’s favor. Because of this, many Americans seek help with their returns – of the 91% of tax returns filed electronically in 2019, more than half were completed by tax professionals.

Though there’s a rush of tax returns at certain points in the year, franchises in this industry provide year-round tax services from consultation to assistance in preparing and filing tax returns. Customers who find themselves the subject of an IRS audit can get audit assistance from these companies. By getting the sums right, a tax professional can save their client more financially than their services cost, as well as removing the stress and uncertainty of dealing with returns. As long as taxes exist, so will tax professionals.

Up until 2020, the industry was seeing a period of growth. A strong economy meant that people had more disposable income, and so were better able to afford assistance with their taxes. As a financial service, it’s not surprising that tax preparation franchises rose with a rising economy and low unemployment.

The COVID-19 pandemic caused problems for tax franchises during the 2020 tax filing season, as professionals were often unable to meet in person with clients. While this was disruptive, it was something that professionals found ways around, and a shift to more online meetings and electronic communication allowed business to continue relatively unscathed. If anything, it accelerated existing trends toward electronic working methods which can make taxes run more efficiently.

More damaging in the medium term is the economic downturn caused by the pandemic. The amount of work available to tax professionals is directly related to the state of the wider economy, and that means that things became tougher during 2020-21. But the losses in revenue were less than the previous two years’ growth, leaving the industry in a far better state than many. As vaccinations increase, restrictions ease, and government programs bolster the economy, the industry is benefiting from an economic recovery. In 2021, it was already stronger than it had been pre-pandemic, and it is expected to grow by 3% in 2022.

In the long term, tax preparation services face competition from cheaper electronic filing options. This is already a competitive industry, and smoother online processes are heating up the fight for customers. Tax businesses need to find ways to add value beyond the basics of completing a return, or to develop tax work into other services, to keep attracting customers as online tax filing becomes easier and therefore more common. They will also need to move toward more online ways of working, to meet customer needs and current expectations. Free online tax filing services provide direct competition, and a franchise needs to add value that those services can’t.

The range of services offered by each company on this list is essentially the same. What sets them apart is how far they’re each willing to go with price reductions and promotions, as well as guarantees of various kinds. Franchises can also distinguish themselves by catering to particular communities or business sectors, developing a specific customer or knowledge base.

The Top Tax Preparation Franchises of 2022

H&R Block is the undisputed king of tax preparation franchises. It seems like there’s at least one in even the smallest cities and towns. Customers can get tax help from the company in person at any of their storefront locations, or online with an H&R Block Tax Pro.

Those who want to fill out their tax return themselves can have it checked by H&R Block before filing to make sure everything is in order. The company will also handle the electronic filing of anyone’s return. People can also purchase the company’s tax software that guides them through preparing and filing their taxes on their own.

The company has come under perennial criticism for aggressively marketing its refund anticipation loan (RAL) as if it’s some kind of early refund when in reality it is a loan that comes with fees and interest charges. Generally, the company guarantees you’ll get the maximum refund possible.

Jackson Hewitt Tax Service made a smart move when it started placing many of its locations inside Walmart stores. People can walk in any time the locations are open to get tax help, and many locations offer late hours and weekend options for greater accessibility than their competitors.

The chain is known for running great specials, such as offering people $100 to switch to Jackson Hewitt, or checking a customer’s most recent filing to see if they should have gotten a higher refund and perhaps file an amended return. It offers zero-fee, 0% APR refund advances of certain amounts, or a larger refund advance loan with a 2% fee through MetaBank.

Liberty Tax Service is another creation of Jackson Hewitt, who purchased the Canadian chain called U&R Tax Depot and changed its name to Liberty. The chain often incentivizes referrals by giving customers $50 for every referral who becomes a customer. At other times, the company tempts people to switch to Liberty and only pay 50% of what they paid a competitor last year to prepare their taxes.

Liberty’s two guarantees include the industry standard of maximum refund with a slight twist where if the customer can get a bigger refund with a competitor, then Liberty will refund the preparation fees. The second is that if their math was off and resulted in penalties or interest, the customer will be reimbursed those fees.

The company is currently settling a legal dispute with the US Department of Justice around its tax compliance program under the company’s previous management (John T. Hewitt).

Liberty Tax is owned by parent company Franchise Group, Inc. Founded in 1972 and franchising since 1973, the number of locations has declined in recent years from 4,520 in 2013 to the current total of 2,683 (down from the previously reported total of 2,803), of which 174 are company-owned and 254 are located outside the US.

Happy Tax distinguishes itself from the competition by only allowing certified public accountants (CPAs) to do the actual preparation of people’s taxes, as opposed to the competitors who will train anyone to do it. The chain also sets itself apart with very clear, transparent, upfront flat-rate pricing based on four basic types of returns along with a range of add-ons that might be desired (or needed).

Customers don’t interact with the CPAs doing the number-crunching, instead they speak with a company representative who acts like a tax concierge. The whole process can even be done through the company’s mobile app.

Founded by Mario Costanz in 2014 and franchising since 2015, the last known number of locations was 132 in 2018, of which none were company-owned and all were located in the US.