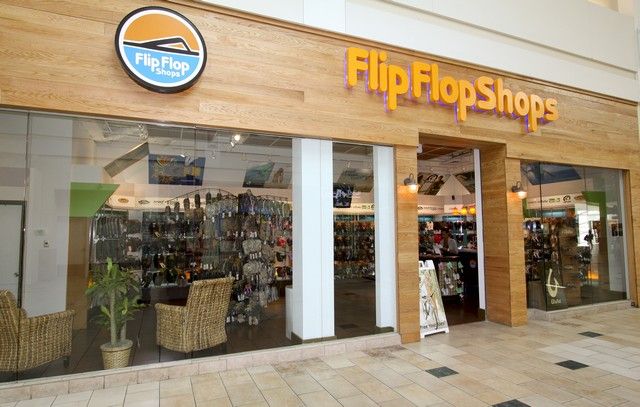 1.  In early June 2018, the parent company of global footwear brand Bearpaw announced that it had purchased the Flip Flop Shops retail chain from California-based Cherokee Global Brands, a global brand marketing platform that manages a growing portfolio of fashion and lifestyle brands. Bearpaw Holdings, LLC will market and grow the Flip Flop Shops brand as it has done with Bearpaw.

2.  Henry Stupp, CEO of Cherokee Global Brands, said, “We’re pleased with the transaction, which aligns with our strategy to focus on scaling our high-growth brands through global licensed partnerships. We’re confident that Bearpaw Holdings is positioned to realize the full potential of Flip Flop Shops.”

Plans to Expand Into Europe Starting with Spain and Portugal

3.  At the beginning of 2018, Flip Flop Shops announced its plans to establish and develop 20-plus retail locations and an e-commerce presence throughout Spain and Portugal. The shop development plan is part of a master franchise agreement with SHADES RETAIL, a leading retailer of sunglasses and accessories throughout the Iberian Peninsula and Canary Islands. The first Flip Flop Shops location in the region opened in March in Barcelona. Additional shops will open in Spain and Portugal over the next 10 years.

4.  Brian Curin, president of Flip Flop Shops, said, “Spain and Portugal are two of the most beautiful, culturally enriching, and exciting countries in the world, and represent massive opportunity for growth in fashion, footwear, and retail in general. As a best-in-class retailer, we are super stoked for the opportunity to bring the Flip Flop Shops experience to the market with all of our core brand partners as the only true global retailer for the category.”

5.  Around the end of March 2018, Flip Flop Shops announced that it would stop direct-to-consumer selling from its site. The brand decided to turn its website into a Flip Flop Shops brand and information site with new features such as an enhanced shop locator, local pages with integrated hyper-local content, and dynamic brand pages.

8.  To kick off the summer season, Flip Flop Shops launched its latest contest where the grand prize winner will receive a one-year supply of Reef Sandals (a total of 12 pairs of sandals). The contest opened at the beginning of June and will end on July 1. To enter the contest, customers just need to sign up on the Flip Flop Shops website and be a legal U.S. resident aged 16 or older.

9.  In addition to the summer contest, Flip Flop Shops is promoting Reef Sandals’ new Fanning Low and Bounce collections. The new Fanning Low has been upgraded with a new high rebound molded EVA footbed, 360 degree airbag under the heel, and of course, a bottle opener on the outsole for cracking open bottled drinks.

10.  The Bounce collection features a high energy, memory free, rebounding footbed. The Bounce technology is integrated into both men’s and women’s styles and provides more comfort than traditional sandals. Flip Flop Shops is also selling slides and sandals from the 2018 Reef Summer collection.

11.  Flip Flop Shops was founded in 2004 by Sarah Towne and Todd Giatrelis in Boston, Massachusetts. The two got the idea for Flip Flop Shops after Towne was unable to find a pair of comfortable shoes while on vacation and realized that there wasn’t a store that only sold flip flops. The first store was a hit and Towne and Giatrelis continued to open more company-owned stores in the area.

12.  Around 2008, the business partners teamed up with Brian Curin, Darin Kraetsch, and Alan Woods – who were all veterans of the franchise industry – to start franchising the Flip Flop Shops concept. Today, Flip Flop Shops has grown into the largest franchise specializing in the sale of flip flops and similar products. The brand continues to seek new franchisees throughout the U.S., Canada, Eastern Europe, the Middle East, and Western Europe.