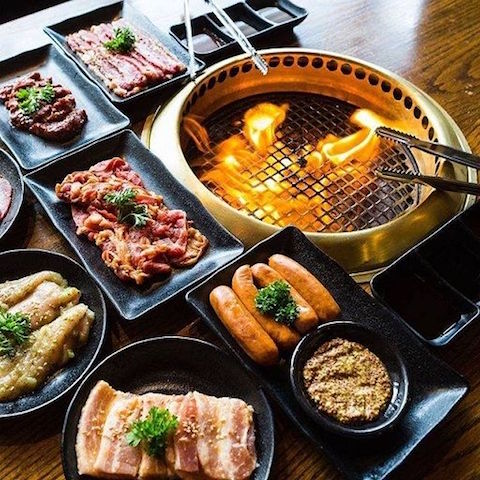 This annual list of the best miscellaneous full-service restaurant franchises was revised and updated on June 30, 2022.

The American restaurant industry is huge and varied, and there are a number of significant restaurant franchises that don’t fit in other lists. They are novel concepts, or the only standout franchise working in a specific cuisine. This list brings together eclectic restaurants in the full-service category, rather than fast-food restaurants.


Full-service restaurants have seen years of growth. Between 1994 and 2019, the industry tripled in value to nearly $300 billion, with only a slight stumble in value following the 2008 financial crash. Prior to the pandemic, there were around 33,000 full-service franchise establishments in the US, serving millions of meals every year. Growing disposable income, and particularly a rise in the number of households with over $100,000 in income, fueled the growth of full-service restaurants, which generally cater to better off, less cost-conscious consumers.

In such a diverse list, it’s hard to make generalizations. Even during the COVID-19 pandemic, these businesses faced very different circumstances. All across the nation, restaurants had to close their doors to indoor dining and were left trying to get by with takeout and curbside pickup. As luxury businesses with little expertise in takeout food, full-service restaurants suffered from a loss of revenue thanks to falling incomes and shifting consumption patterns. Staff were laid off as the industry went into decline.

The prospects for full-service businesses are now improving again. As the economy recovers, restaurants in many places have resumed normal operations. Customers who spent a year deprived of the chance to eat out rushed to take the opportunity. Single location full-service restaurants, which were worth $184 billion pre-pandemic, are expected to see $207 billion in revenues in 2022, as people seek interesting high-value restaurant experiences. This part of the industry is growing faster than average for accommodation and food services, and if predictions play out, will experience 10.2% growth in a single year.

The full-service restaurant industry is extremely dependent upon consumer spending. It benefits from growing incomes and can be severely hit by periods of financial strain. In the short to medium term, any decision to enter this sector should be influenced by how you believe the economy is performing, and how income will shift in your local area over the next few years.

Locality matters. Because these restaurants are generally dependent on high income customers, they are unlikely to thrive in poorer territories. Other full-service restaurants are a good indicator of a suitable neighborhood, but can indicate that the market is already saturated: finding this balance is a large part of the judgment in where to establish a restaurant like this.


In the long term, a growing urban population, which is often time poor, is expected to keep driving the growth of full-service restaurants, as a way for people to eat well without spending time and effort on catering for themselves. This is an industry which has kept up impressive growth for decades and quickly returned to growth after the pandemic. Providing an unusual cuisine or eating experience is a great way to stand out in this profitable market.

Gyu-Kaku Japanese BBQ Restaurant has created a unique concept that takes customer engagement to a whole new level in the full-service restaurant industry – the customers actually cook the food themselves using smokeless charcoal roasters that are built right into each table! Literally translated, “Gyu-Kaku” means “Horns of the Bull,” and customers seem to love taking the bull by the horns in cooking up cuts of beef, pork, poultry, seafood, vegetables, and desserts. The roasters have been carefully designed to force any smoke through special vents built into the roasters.

It may sound strange for a restaurant not to have much in the way of cooking staff (such as an executive chef, sous chef, or pastry chef), but it works. Kitchen staff are essentially just prepping raw ingredients and delivering them to the tables. This style of grilled barbecue dining is called yakiniku in Japan. Among the most popular meat dishes are Harami Skirt Steak in Miso Marinade and Certified Angus Kalbi Short Rib in Tare Sweet Soy Marinade.

Golden Corral is a buffet-style full-service restaurant concept with a wide-ranging menu of “Real Homemade Fresh Food.” It offers breakfast, lunch, and dinner at every location.

Founded in 1973 and franchising since 1987, the number of locations held fairly steady but recently declined sharply from 491 in 2019 to the current total of 368, of which four are company-owned and all are located in the US.

The Melting Pot Restaurants is a full-service restaurant concept built around fondue, the dipping of food into pots of melted cheese (or chocolate in the case of dessert) that dates back to Swiss peasants of the 1700s. Customers can enjoy entrées such as filet mignon, lobster tail, sirloin, and chicken breast fondue-style, along with salads and desserts. Fondue-style dining is still a novel concept for a surprising number of people, and definitely has a kind of exotic feel for first-timers.

The Melting Pot takes an upscale approach to the look and feel of their restaurants with dramatic black and red décor, dim lighting, and a selection of fine wines. The standard meal is a 4-course affair that starts with a cheese fondue (into which you dip pieces of bread, apples, and veggies), followed by a salad, a main course entrée, and a dessert fondue (usually chocolate, into which you can dip all sorts of things, such as brownies, angel food cake, strawberries, bananas, marshmallows, etc.).

Founded in 1975 and franchising since 1984, the number of locations has been steadily declining in recent years from 142 in 2012 to the current total of 97 (down from the previously reported total of 100), of which four are company-owned and one is located outside the US.

La Madeleine French Bakery and Café is a full-service café concept best described as a casual French country dining experience and is founder Patrick Esquerré’s way of recreating his fond memories of growing up with meals centered on homegrown, hand-prepared food, friends, family, and heartfelt conversation.

Classic country French fare is served cafeteria-style for breakfast, lunch, and dinner in buildings designed to resemble restaurants commonly found throughout the French countryside and are decorated with farm tools and impressionist paintings. Throughout the winter months, each store’s authentic fireplace will have a heart-warming fire burning brightly. Guests are invited to linger over good food and conversation, the most important aspects of French culture.

Founded in 1983 by Patrick Esquerré but only franchising since 2011, the number of locations has expanded in recent years to the current total of 89 (up from the previously reported total of 88), of which 30 are company-owned and all are located in the US.

HuHot Mongolian Grill is a full-service restaurant concept centered around made-to-order Mongolian stir fry. Guests pick up a bowl and fill it with their choices from among 60 different ingredients that include meats, seafood, noodles, and vegetables; pour 5-6 ladles of sauce over it; then hand it over to a “grill warrior” who quickly cooks it up on a gigantic grill. And this is unlimited eating, so customers can “eat and repeat” to try a new creation. The twelve signature sauces range from non-spicy to extremely hot. The menu is rounded out with appetizers, soups, salads, and desserts.

Founded in 1999 and franchising since 2002, the number of locations recently dropped for the first time to the last known reported total of 64 in 2019 (down from the previously reported total of 67), of which 22 were company-owned and all were located in the US.

Founded in 1974 and franchising since 1997, the number of locations has declined in recent years from a high of 67 in 2014 to the last known reported total in 2017 of 50, of which 18 were company-owned and all were located in the US. But right now, the company website lists only 38 locations (down from 41 listed a year ago).

The atmosphere is one that strives to make everyone feel as if they’re having a meal at a friend’s house with open kitchens, handmade wooden tales, and New Orleans décor.

Founded in 2010 by Raymond Griffin and franchising since 2013, the company website currently lists 25 locations, with one more listed as coming soon.

The Flying Biscuit Café is a full-service restaurant concept that celebrates southern-style comfort food for breakfast, lunch, and dinner, featuring the chain’s signature biscuits in a casual, friendly neighborhood atmosphere. Fresh ingredients are cooked up into dishes that have become synonymous with southern culture, but also updated with vegetarian, vegan, and gluten-free options, which makes the overall feel of the menu and the store eclectic or quirky.

Every breakfast meal comes with a side of “creamy dreamy grits” and many also feature “oven-roasted moon dusted potatoes.” Other southern classics with a modern twist include turkey hash, oven-fried green tomatoes, biscuit chicken pot pie, and homemade turkey meatloaf.

Founded in 1993 but only franchising since 2006, the company website currently lists 24 locations (one less than last year) in Alabama, Georgia, Florida, North Carolina, South Carolina, and Texas.

The Captain’s Boil is a unique full-service restaurant concept on the theme of “Feast like a pirate, dine like a captain” that doesn’t even use cutlery! Guests are meant to eat with their fingers for a truly “hands-on” experience (pirate-themed bibs are available for those who want them). The menu is all about fresh seafood boiled just right and served quickly for the freshest experience possible, just like at an old-fashioned Cajun seafood boil. The restaurant also adds in an array of aromatic Asian spices that enhance the natural flavors of the seafood.

The menu includes crawfish, lobster, Dungeness crab, king crab legs, snow crab legs, shrimp, clams, mussels, and one non-seafood offering in the form of chicken slices. Flavors that can be added include Cajun, Lemon Pepper, Garlic Sauce, and Captain’s Boil (a special blend of all three). Heat level choices include non-spicy, mild, medium, and fire. An array of sides and other add-ons are also available.

Founded in 2015 and franchising since 2016, the company website currently lists 22 locations (one more than the previous year), all but one of which are located in Canada. The first US location has opened in Atlanta, Georgia, and another three are listed as coming soon in and around Atlanta.