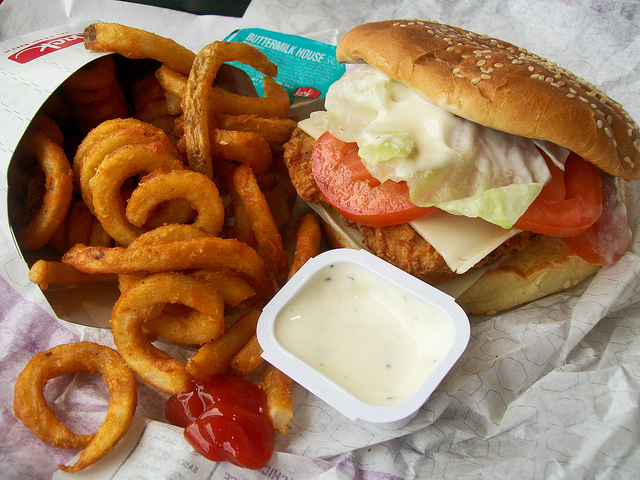 1.  At the end of January 2018, Jack in the Box announced that Frances Allen had resigned as the brand’s president effective February 9. Lenny Comma, chairman and chief executive officer of Jack in the Box, said, “As I mentioned at the recent ICR Conference, I will take the opportunity to flatten our organizational structure following the expected sale of our QDOBA brand. Frances graciously suggested the elimination of her position so that we could more quickly begin restructuring the brand’s leadership.”

2.  Comma added, “Frances was instrumental in refining the brand’s strategy and positioning, with an emphasis on improving the quality of the food and transforming the business model to be more asset light through refranchising. We’re grateful for her exemplary leadership and believe the Jack in the Box brand is stronger as a result of her many contributions. We wish her all the best.”

4.  In his new role, Tom will oversee operations for Jack in the Box and its franchise restaurants, as well as strategic initiatives and operations services.


5.  At the end of November 2017, Jack in the Box National Franchise Association (JIB-NFA) announced that Tabitha Burke had been appointed as the franchise association’s new executive director. Burke is a franchise veteran with over 25 years of progressive experience in streamlining operations, business development, and franchise relations.

6.  She began her career at Hot Dog on a Stick where, as a member of the executive team, she developed the company’s franchise program and began franchising the company both domestically and internationally. Burke most recently served as the vice president of franchise development at Generation Next Franchise Brands where she supported over 200 franchisees.

8.  In early October 2017, Jack in the Box rolled out fast food’s first 100% Ribeye Burger. The brand said that the new burger challenges consumers’ expectations of what’s possible from a quick-service restaurant.

9.  Iwona Alter, Jack in the Box’s chief marketing officer, said, “Jack in the Box has a proven track record for exceeding guest expectations. We thrive on challenging convention. While many of our competitors are narrowing menus or following the movement toward craft, we’re focused on giving our customers what they want, when they want it.”

10.  The pure Ribeye beef burgers were only available for a limited time at participating locations and came in two variations: All American Ribeye, which featured a 100% Ribeye beef patty, red onion, tomato, Provolone cheese, real mayo, and spring mix lettuce on top of an artisan potato bun; and the Havarti & Grilled Onion Ribeye, which also had a 100% Ribeye beef patty, that was topped with sliced tomato, grilled onions, real mayo, Havarti cheese, and a red wine glaze sauce.

11.  Jack in the Box said that the Ribeye burgers marked the beginning of a slate of new menu items that would debut in 2017 and beyond.

12.  Jack in the Box was founded in 1951 by Robert O. Peterson in San Diego, California. Peterson already owned and operated a small chain of drive-in restaurants, which were first called Topsy’s and then Oscar’s.

14.  Peterson operated his restaurant concepts under a parent company called San Diego Commissary Co. He changed the company’s name to Foodmaker Co. in 1960 and opened the first Jack in the Box location outside of California in Phoenix, Arizona. In 1968, Peterson sold a majority of the company to Ralston Purina Co. Under Ralston Purina, Jack in the Box underwent a major expansion and by the end of the next decade, there were more than 1,000 restaurants across the country.

15.  In 1979, Foodmaker Co. decided to concentrate its efforts and resources in the western and southwestern markets and ended up closing more than 200 Jack in the Box restaurants in the eastern and midwestern markets. An investment group, including members of Foodmaker management, completed a leveraged buyout of the company from Ralston Purina in 1985.

16.  Jack in the Box’s iconic fictional founder, CEO, and ad pitchman Jack made his debut in 1995. Since then, Jack has been featured in all of the brand’s advertising. At the end of the 1990s, Foodmaker Co. divested all of its restaurant concepts except for Jack in the Box and changed the company’s name to Jack in the Box, Inc. Today, there are more than 2,250 Jack in the Box restaurants across the United States.

Average and Median Sales and Select Costs of Franchise-Owned Restaurants in 5 Sales Ranges in the Continental U.S. (i.e. excluding Hawaii and Guam) for the 12-Month Period Ended September 30, 2017