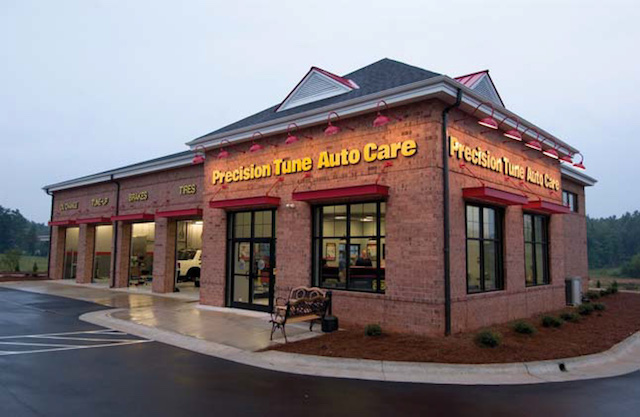 1.  In early June 2017, Precision Auto Care, Inc. announced that it had entered into a definitive agreement to be acquired by Icahn Automotive Group, LLC, a wholly-owned subsidiary of Icahn Enterprises L.P. Icahn Enterprises — which already owns Pep Boys and Auto Plus — said that it plans to continue using the Precision Tune name for the acquired stores and is looking forward to working with the enterprise’s franchise owners to grow the brand. When the announcement was made, Icahn said that it was offering to buy Precision Auto Care for $37 million.

2.  The deal closed in late July. Daniel A. Ninivaggi, CEO of Icahn Automotive Group, LLC, said, “We are extremely pleased to welcome to the Icahn Automotive family more than 320 corporate-owned and franchised Precision Tune service locations in the U.S. and internationally, along with Precision Auto Care CEO Robert Falconi and his leadership team. This acquisition is a significant step in our strategy to expand our national automotive service network, and enhances our existing store footprint in support of our goal to provide customers with premium parts and services at a great value.”

3.  At the end of June 2017, Precision Tune Auto Care opened a new auto service center at Fort Lee in Virginia. According to Precision Tune’s CEO Robert Falconi, it is the second Precision Tune Auto Care center to open on a military installation. Falconi said, “We’re very excited to be here. We are having a great experience at the Fort Myer location, and hope our services will be just as popular at Fort Lee. We think it’s a great opportunity.” He added that as a military-friendly company, opening a new shop in Fort Lee was a natural fit for the brand.

4.  Precision Tune said that it plans to continue opening locations on military installations, with another center set to open on Langley Air Force Base in October. Shelly Pritchett, services business manager for the Army and Air Force Exchange Service, said this new development should be beneficial for the community. She said, “They are very enthusiastic to be here, and they are excited to be on another military installation. They are quickly developing a reputation of great service to Exchange patrons.”

5.  Precision Tune Auto Care was founded by Bill Childs in 1976 in Beaumont, Texas. He decided to act on his idea for a convenient tune-up and Precision Tune was born. Childs didn’t wait long to start franchising the business — he started awarding franchises in 1977. The very first franchisees were Wally and Dolly Metrojean in Alexandria, Louisiana and the first area developers were Don and Janie Scott in Orlando, Florida. Over the next two years, Childs continued to grow Precision Tune and by the end of the 1970s, there were 100 shops across the country.

6.  In the 1980s, Precision Tune introduced a few new innovations such as its “We Care” Card Program, introduced as a customer service measurement tool, which is still being used today. The company also implemented a precedent-setting 12 month/12,000 mile nationwide warranty. Around this same time, Precision Tune began acquiring other auto service franchises, including National 60-Minute Tune.

Next post: Q&A with Ben Bassett, Franchisee of Fully Promoted