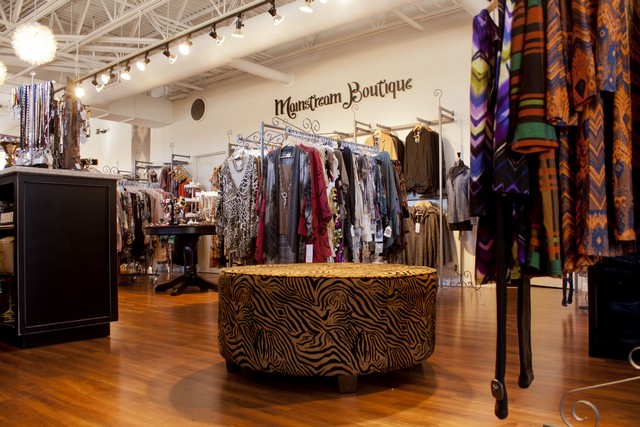 16 Things You Need to Know About the Mainstream Boutique Franchise

2.  Over the past few months, the brand has opened two new locations: one in Riverview, Florida and another in Delafield, Wisconsin. The Florida boutique opened at the end of December 2017, while the Wisconsin store opened in early March.

3.  Jeanmarie Milla, the owner of the Mainstream Boutique in Riverview, celebrated the store’s ribbon cutting ceremony with the Greater Riverview Chamber of Commerce as well as her store’s staff, family, and friends. Milla said that she has wanted to own her own shop since she was a little girl.

5.  The Delafield Mainstream Boutique is owned and operated by Sarah Johnson, who has a degree
in retail merchandising from the University of Wisconsin-Madison and worked in the buying
department at Kohl’s for nine years. Like Milla, Johnson said she has always wanted to open her own store and was excited to have the opportunity to start her own Mainstream Boutique.


6.  The location she chose was previously a Mainstream Boutique, but it closed down when the owner retired. Johnson said that her experience working at Kohl’s gave her an advantage when she had only a month to purchase inventory for her Mainstream Boutique. She also said that she was looking forward to interacting with her customers.

7.  Rachel Chadima, one of the company’s newest franchisees who opened her Mainstream Boutique in 2016, wrote a book entitled Lessons from My Lunchbox: Overcoming the Bullies One Note at a Time, which is now sold in Mainstream Boutique stores and select Barnes & Noble stores in Minneapolis and St. Paul, Minnesota.

8.  Chadima was inspired to write the book after what she calls “the long-ignored bullying epidemic” had started gaining media attention in 2011. The book is filled with notes that Chadima’s mother used to leave in her lunchbox when she was a child. The notes provide encouragement to help kids overcome the hardships of their growing up years.

9.  In 2018, Chadima and her mother released a follow-up book, Lessons for Their Lunchbox, which features 180 lunchbox notes that can be torn off and put into a child’s lunchbox. The book is now available on Chadima’s website and Mainstream Boutique stores.

10.  Over the years, Mainstream Boutique has become a family-run business, with Marie DeNicola’s son Corey serving as the company’s CEO and her other son Clay working as Franchise Support Manager.

11.  DeNicola’s only daughter Mikayla (who is called Mac) now works beside her mom in creating and designing and was the inspiration behind Mainstream Boutique’s private label brand, Mac and Me. The exclusive clothing line was created in 2014 as a multi-generational line that is about love, fun, fashion, and celebrating the inseparable bond between mother and daughter.

12.  The line’s hangtags have authentic quotes from both DeNicola and Mac about one another. Since its launch, Mac and Me has become Mainstream Boutique’s number one line and generates about $4 million to $5 million each year.

13.  Mainstream Boutique was founded in 1991 by Marie DeNicola in Minnesota. DeNicola had previously worked in the Los Angeles garment district as a buyer, merchandiser, and planner. She left the corporate world when her husband’s job took them to Minnesota.

14.  DeNicola wanted to find a way to use her education, job experience as a buyer in the fashion industry, and her love for women and all things fashion. She decided to start a direct-sales company selling apparel and accessories from her bedroom and named it Mainstream Boutique because she lived on Mainstream Circle.

15.  DeNicola started franchising in 1998 after appearing on the Oprah Winfrey Show in 1995 to discuss her successful business. Today, there are over 85 Mainstream Boutique locations across 22 states.