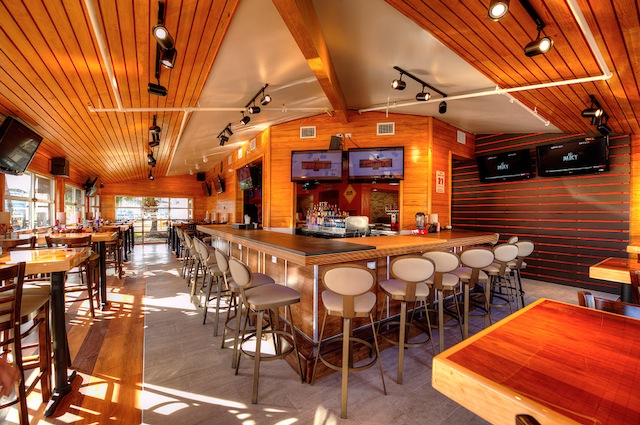 13 Things You Need to Know About the Hooters Franchise

1.  In the last quarter of 2017, Hooters continued to expand its international presence in countries such as Spain, Mexico, and Japan. The brand currently has about 100 international locations.

3.  At the beginning of December, Hooters announced its plans to develop nine additional locations across Central, Western, and Northern Mexico over the next eight years. The brand currently has 12 locations in the country and upon completion of the latest additional development commitments, Hooters de Mexico will operate 29 Hooters restaurants throughout Mexico.

4.  Hooters is also expanding its presence in Japan; it opened its newest restaurant in the country last December. The Fukuoka location is the seventh Hooters in Japan, with six more locations planned over the next five years.


5.  During National Breast Cancer Awareness Month in October 2017, Hooters raised $610,000 by asking America to #GiveAHoot in the fight against breast cancer during its month-long fundraising campaign. The 2017 Give A Hoot campaign directly benefits the V Foundation for Cancer Research, one of the nation’s leading cancer research funding organizations, as well as other local beneficiaries through the Kelly Jo Dowd Breast Cancer Research Fund.

6.  The Kelly Jo Dowd Breast Cancer Research Fund was established in honor of the late Kelly Jo Dowd (who lost her fight against breast cancer in 2007), an original Hooters Girl and the 1995 Hooters Calendar Cover Girl.

7.  During the fundraising campaign, Hooters customers were asked to contribute to the cause by grabbing a pink bracelet, enjoying one of several pink drinks with proceeds benefiting the campaign, or “pinking up” their check during a visit to Hooters. Additionally, for every 2018 Hooters Calendar purchased, Hooters donated $1 toward the Give A Hoot fundraising effort. Across the country, Hooters Girls hosted fundraising parties at their hometown Hooters during “Pink Wink.”

8.  Over the years, Hooters has raised more than $5.3 million to support breast cancer research, much of it through grants in Kelly Jo’s name to the V Foundation.

9.  Hooters is a brand that has a fun persona and has decided to team up with Super Troopers 2 – the highly-anticipated sequel to the cult comedy classic – to debut a chicken wing sauce based on the fictional “snozzberry.” The Snozzberry Sauce will debut on April 20 at participating restaurants in the U.S. and Canada, which coincides with the movie’s release. The sauce was created as an homage to the original movie and will enhance Hooters’ latest wing innovation, Smoked Wings.

10.  Hooters was founded in 1983 in Clearwater, Florida by Lynn D. Stewart, Gil DiGiannantonio, Ed Droste, Billy Ranieri, Ken Wimmer, and Dennis Johnson. They incorporated their new business on April Fool’s Day of that year because they thought that their new business venture would fail. The six friends/business partners opened the first Hooters restaurant a few months later in October.

11.  The first Hooters location was so successful that the founders, who are now known as the Hooters Six, sold the rights to Hooters to Hugh Connerty, who wanted to take the restaurant worldwide. To help grow the brand, Connerty received capital from investors including Robert Brooks, who eventually bought majority control of Hooters.

12.  In 1985, Hooters debuted its first calendar featuring the brand’s iconic Hooters Girls. One of the girls, Lynne Austin, drew the attention of Playboy and soon she and the story of Hooters were featured in the magazine. This move helped solidify Hooters as a national brand and spurred further growth.

13.  Over the next few decades, Hooters continued to expand and became an international brand. Today, Hooters is a part of American pop culture, with over 425 locations around the world.