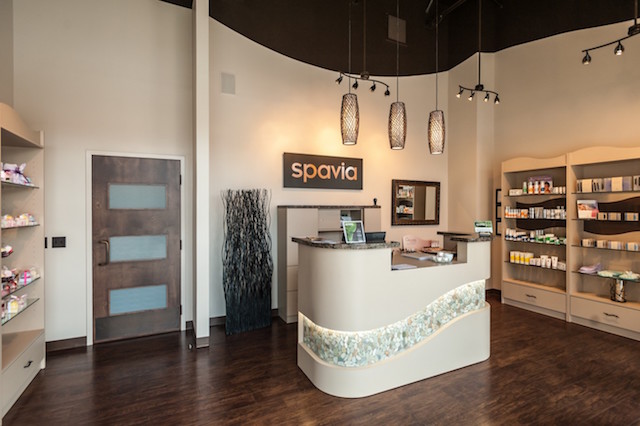 1.  Spavia Day Spa continues to open new locations across the country and one of its newest locations opened in the Bridge Park neighborhood of Dublin, Ohio in October 2017. Craig Andrew, co-owner of the new Spavia location, said, “We chose Bridge Park for our first Spavia in the Columbus metropolitan area because it is the most dynamic area with Dublin and its surrounding communities.”

2.  Andrew also talked about participating in local charity events, such as the event at the Bridgewater facility in Powell that was put on by Sweat Local and benefited Ronald McDonald House Charities. He added that Spavia Bridge Park was going to participate in a 5K and 10K race called “Run Like A Girl,” which benefits the American Heart Association’s Go Red for Women movement to end heart disease and stroke in women.

3.  As Spavia Day Spa continues to expand across the U.S., the company has been looking for prospective franchisees in target areas such as Salt Lake City, Utah. In early January 2018, Spavia announced that it was looking for entrepreneurs in the Salt Lake City area who have some management/leadership experience in just about any industry (spa/salon experience isn’t required), about $500,000 in net worth, $120,000 in available capital, and the drive to create a successful entrepreneurial venture.

6.  Spavia Day Spa offers products and services that are geared towards giving natural, environmentally-friendly solutions that improve its customers’ health. The company prefers suppliers who sell products that are organic, minimize toxicity, and reduce packaging waste or have any other environmentally-preferable attributes, with minimal sacrifice to price and delivery requirements.

7.  Spavia also uses products that are paraben-free and as organic and natural as possible. Some of the brand’s green efforts include:

8.  Spavia Day Spa was founded in 2005 by Allison and Marty Langenderfer in Ann Arbor, Michigan. The Langenderfers wanted to start a spa business that offered premium services at an affordable price. The brand has its own “spalosophy,” which aims to change the perception that spas are only a costly luxury. Spavia believes that its services are for anyone who wants to relax, escape, and thrive.

9.  The company started franchising in 2007 and has purposely grown slowly. According to Spavia, “it’s been about a journey, not a race, to build a legacy and reputation of being the best, delivering the best and creating a Spavia culture that [it is] proud of each and every day.” The brand’s growth has picked up in recent years and today, there are over 25 Spavia locations across the United States.

Part 1 – Average Monthly Gross Sales Information for 3 Groups of Day Spas (Grouped Based on Number of Months Open as of December 31, 2016)

Next post: FDD Talk: What You Need to Know About the Boston's Restaurant & Sports Bar Franchise Opportunity (Financial Performance Analysis, Costs and Fees)