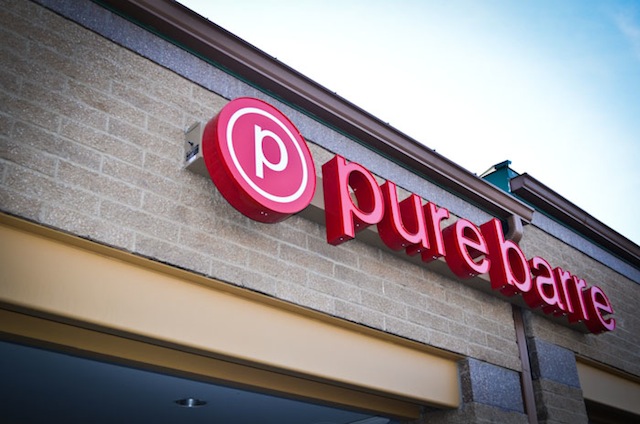 13 Things You Need to Know About the Pure Barre Franchise

1.  At the end of April 2017, Pure Barre announced that founder Carrie Dorr was returning to the company in the role of Chief Barre Officer. Dorr founded the company in 2001 and stayed involved with the business until 2015 when she stepped back to start the Soul Day Foundation, a non-profit organization dedicated to spreading kindness and lifting souls of women and children in need. During her time away from Pure Barre, Dorr served as an advisor to the company’s Board of Directors.

2.  In her new role as Chief Barre Officer, Dorr will focus on evolving the Pure Barre technique and introducing new class innovations to provide an enhanced experience for new students as well as the brand’s current client base of more than 550,000 members. She will also build out Pure Barre’s training team and introduce a range of innovative techniques, allowing clients to diversify workouts and cross-train within the Pure Barre way of movement.

3.  Under Dorr’s direction, Pure Barre also launched three new classes in 2017: an introductory class, an express class, and a cardio-centric class. Additionally, Dorr and her team redesigned the classic Pure Barre class to make it more accessible to new clients.

4.  When asked about her return, Dorr said, “Since I started Pure Barre so many years ago, my passion for the brand and the incredible community it attracts has remained unwavering. The company has achieved some remarkable milestones since launch, and I think we are now in a better place than ever to introduce a range of innovative class offerings. I am thrilled to be back in an official capacity to lead this charge.”

5.  In mid-August 2017, Pure Barre announced its partnership with AfterBuzz TV CEO and two-time The New York Times best-selling author of the acclaimed “The EveryGirl’s Guide to…” series, Maria Menounos. As part of the partnership, Menounos will serve as a brand ambassador for Pure Barre to support its core mission of empowering bodies and minds everywhere.

6.  Menounos said, “I fell in love with Pure Barre within the first session. I always say ‘work smarter, not harder’ and feel like Pure Barre is just that – small movements that amount to big, transformative changes both physically and mentally. I am thrilled to join the Pure Barre family and look forward to spreading the word about its unparalleled technique and powerful community.”

8.  To support the launch of Pure Empower, Menounos talked about the class on her social media channels and hosted a charity class in support of women’s empowerment in the fall of 2017.

9.  At the start of May 2017, Zimmerman Advertising announced its partnership with Pure Barre. Zimmerman will be providing strategic leadership for the business in the areas of branding, media planning and buying, digital marketing, market investment modeling, and social media. Pure Barre will also be working with Zimmerman’s Social Media practice to attract new clients through Zimmerman’s proprietary Social Acquisition platform.

10.  Scott Breault, chief marketing officer of Pure Barre, said, “I have known the Zimmerman team and their capabilities for many years and have been waiting for the right opportunity to work together – this is it. We have a great brand with a massive ambition to double in size in the next few years. Zimmerman has the proven experience and the drive we need to help make that vision a reality.”

11.  Pure Barre was founded in 2001 by Carrie Rezabek Dorr in Birmingham, Michigan. Dorr was a fitness guru, dancer, and choreographer who built Pure Barre from scratch. The first location was in the basement of an office building and Dorr had no initial clients, staff, signage, or even a bathroom. However, it didn’t take long for Dorr to build up her clientele after they saw how effective her Barre program was at delivering their desired results.

12.  Dorr started franchising the Pure Barre concept in 2009 and the franchise is largely responsible for the popularity of barre exercise classes. Today, there are over 460 Pure Barre locations in the U.S. and Canada. Pure Barre plans to have more than 1,000 studios open by the end of 2021.