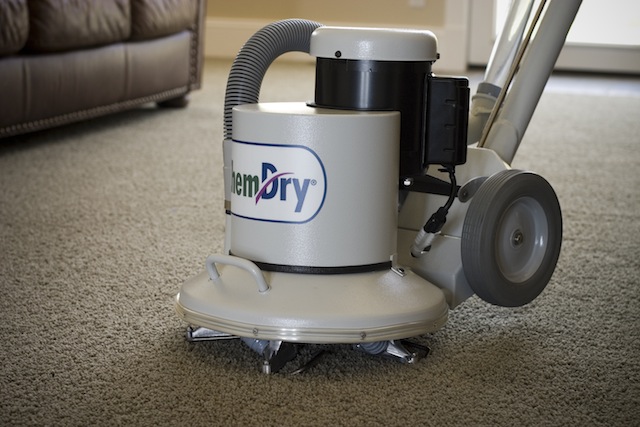 10 Things You Need to Know About the Chem-Dry Franchise

1.  Chem-Dry already has a large international presence, with locations in over 50 countries, but the brand has continued to enter new international markets. In early 2017, Harris Research, Inc., Chem-Dry’s parent company, said that Chem-Dry opened several new international locations throughout 2016, including its first Central African stores in Tanzania. The brand also opened in Turkey and North Germany and said that it would be broadening its worldwide presence in 2017 by adding locations in Latin America and Eastern Europe.

2.  Dan Tarantin, president and CEO of Harris Research, Inc., said that Chem-Dry, as well as its sister brand N-Hance, can “credit a large portion of their international popularity and growth to the universal need for services that provide healthier environments in the home and workplaces.” Tarantin added, “Regardless of the varied cultures our international franchise partners operate in, the messaging, market demand and products are all the same. Our brands provide the same unique solutions and superior quality results for a diverse consumer base, delivered with exceptional customer service by our operators around the world.”

3.  In late April, Chem-Dry announced that it had partnered with Best Friends Animal Society in an effort to encourage pet adoption. The company noted that more than seven million animals enter U.S. shelters each year and said that its franchise owners across the country were raising funds toward the company’s goal of donating $25,000 to Best Friends.

4.  Funds were raised through multiple methods including the sale of specially-marked cans of Chem-Dry World Famous Spot Remover – with each can generating a $1 donation to Best Friends – plus customer add-on donations, local promotional offers with a built-in donation, participation in Best Friends’ “Strut Your Mutt” events around the country, and direct online donations at Chem-Dry Cares.


5.  Dan Tarantin, CEO of Harris Research, Inc., parent company of Chem-Dry, said, “This cause is near and dear to our hearts and those of our customers since so many of the families we serve are pet owners themselves. We all know how much our pets are beloved members of our family. We’re proud to be partnering with Best Friends to support shelter pet adoption and we’re also proud to offer a superior array of services to help pet owners maintain a happy and healthy home for their families and their pets.”

6.  At the beginning of June, Chem-Dry announced that it was included in Entrepreneur Magazine’s Best of the Best Franchises list, which recognizes the 105 companies that ranked at the top of their industry categories in Entrepreneur’s 2017 Franchise 500 ranking. This was the 29th consecutive year that Chem-Dry was ranked as the No. 1 franchise in its industry. The brand said that it had added 135 new franchises to its network in 2016, marking the fifth straight year that Chem-Dry sold over 100 units in North America.

7.  According to Dan Tarantin, president and CEO of Harris Research, Inc., parent company of Chem-Dry, “Consumer spending on home maintenance and improvement continues to experience solid annual growth as home owners are seeing increased equity value with repairs. As a result, our franchisees are having success in their markets and contributing to overall system-wide growth. The future of the home services and remodeling sector remains strong and vibrant and our goal is to continue to be the industry leader in innovation, quality of work, customer service and healthfulness.”

8.  Chem-Dry was founded in 1977 by Robert Harris in California. Prior to starting his own carpet cleaning business, Harris worked for another company and was dissatisfied with the performance of the cleaning products available at the time. He spent much of the early 1970s developing his own cleaning solution, which was carbonated, effective, and non-toxic. Today, Harris’s revolutionary solution is known as Chem-Dry’s Hot Carbonating Extraction process.

9.  Demand for Harris’s cleaning services were high from the start, and he began franchising the Chem-Dry brand in 1978. From a small group of initial franchisees, which consisted of Harris’s friends and family, Chem-Dry has grown to over 3,500 locations in countries such as the United States, Canada, Japan, Australia, New Zealand, Denmark, Ireland, The Netherlands, Serbia, Slovenia, Portugal, Thailand, and the United Kingdom.