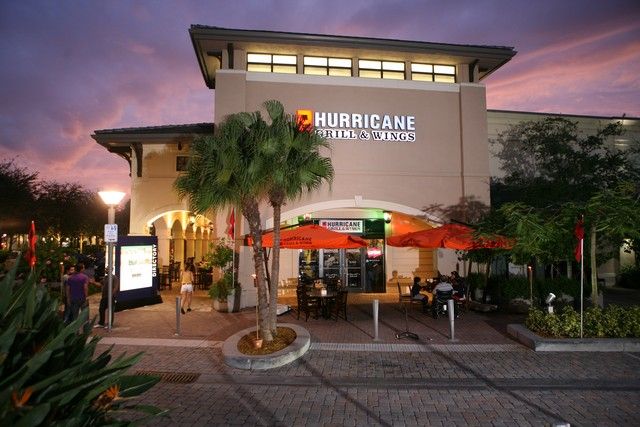 2.  Andy Wiederhorn, president and CEO of FAT Brands, said, “Hurricane Grill & Wings possesses an ambiance that appeals to a broad consumer-base, and we are thrilled to have identified this concept which shares our passion for providing guests with an all-American experience through high-quality, made-to-order meals.”

3.  Wiederhorn added, “We see Hurricane as a wonderful complement to our Buffalo’s Cafe and Buffalo’s Express brands, and look forward to expanding the brand’s footprint in both new and existing markets through our extensive franchisee network. Their new fast casual brand Hurricane BTW (Burgers Tacos Wings) has a significant franchise development pipeline and will nicely diversify the company into more fast casual venues.”

6.  Smith said, “Fast casual is the way we will serve our food at Hurricane BTW, but with a broader menu and better value for our customers. At BTW, we are focusing on the three most popular single entrée items other than pizza and including them on our menu, and we are pricing our average ticket at $10. We feel that now is the right time for a broad menu with a value proposition in a casual market. And that’s why we are confident BTW will excel.”

7.  A Hurricane BTW lab store was opened in April 2016 in Fort Lauderdale, Florida. The new locations will feature food, service, and design elements from the brand’s lab location, such as:

8.  On April Fools’ Day 2017, Hurricane Grill & Wings released a bright blue colored chicken wing sauce called “Blazin’ Blue Raz,” which drew viral attention (over 3 million people engaged with the campaign). The following day, the brand’s leadership announced that the real intention behind the prank sauce was to bring attention to and raise money for Autism Awareness Month, which uses blue as its campaign color.

9.  The brand also said that for every single wing sold at each of its locations throughout the month of April, Hurricane Grill & Wings would make a donation to Els for Autism. In the announcement, the company estimated that it would be able to raise more than $15,000 for the organization, which was established in 2009 by Liezl and Ernie Els, parents of Ben, who has autism spectrum disorder (ASD).

10.  Brooksy Smith, chief brand officer for Hurricane AMT (Hurricane Grill & Wings, Hurricane BTW, and Hurricane Dockside), said, “There are a few Hurricane Grill & Wings and Hurricane BTW franchise owners who have children affected by autism spectrum disorder and we are committed to supporting them. Our April Fools’ Day campaign promoting Blazin’ Blue Raz sauce truly knocked it out of the park and we’re hoping our guests and fans will continue the momentum by stopping in during the month of April for an order of chicken wings.”

12.  Over the next decade, Russo continued to open locations around the country. He started franchising in 2006. By 2008, there were 30 Hurricane Grill & Wings locations in Florida, Georgia, and Nevada. That same year, the franchisor was purchased by Hurricane AMT, LLC which is controlled by investor partners Gail Meyer Asarch and John C. Metz (chairman and CEO).

14.  Hurricane Grill & Wings has yet to rank on Entrepreneur’s annual Franchise 500 list.

Next post: FDD Talk: What You Need to Know About the Saladworks Franchise Opportunity (Financial Performance Analysis, Costs and Fees)