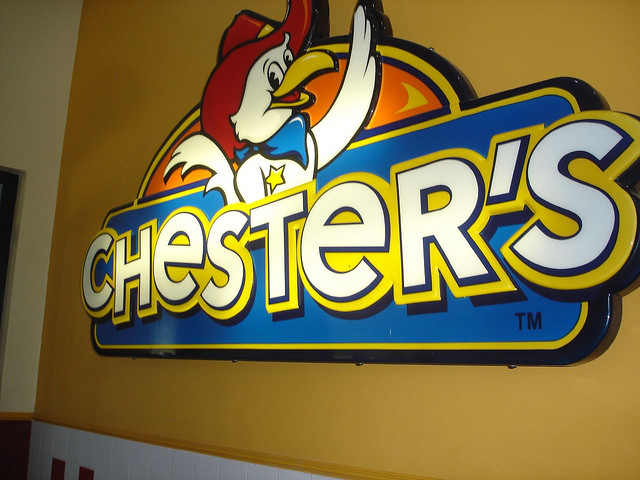 10 Things You Need to Know About the Chester’s Franchise

1.  In late July 2016, Chester’s announced its plans to open 20 locations in Saudi Arabia. The brand will be partnering with Emteyaz Al Riyadh Co., a subsidiary of Othaim Real Estate and Investment Company, to open Chester’s first locations in the country. The Saudi Arabia locations will feature the same menu items as Chester’s domestic restaurants, including fried chicken, potato wedges, cole slaw, and fried corn.

2.  Ted Giles, CEO of Chester’s, said, “It has been an exhilarating time at Chester’s. The team at Othaim has been wonderful to work with, and we look forward to a strong partnership.”

3.  In August 2016, Chester’s announced its new partnership with Promark Food Industry Marketing. The partnership will help Chester’s expand its presence throughout southern Louisiana and Texas. Promark, which has been in the food service business for over two decades, will focus on growing Chester’s retail locations in both the convenience store and supermarket channels.

4.  John McIntosh, president of Promark, said, “Chester’s adds a nice complement to our portfolio of partnerships both in the c-store and supermarket channel. We believe the future of our business is in a commitment to both quality products and the best employees.” Chester’s CEO Ted Giles added that Promark will “make a great addition to the overall Chester’s team in the south.”

5.  In early July 2017, Chester’s rolled out a limited-time offer called “Get it Honey Stung” chicken. The brand partnered with The French’s Food Company to offer customers the option to have any chicken or tender meal tossed in Frank’s RedHot Stingin’ Honey Garlic Sauce. The sauce features a honey garlic flavor mixed with spicy cayenne pepper.

6.  Rankin Belkofer, director of sales for Chester’s, said, “We’ve heard from our retailers that customers enjoy our famous chicken with new flavor options. We thought this emboldened honey garlic sauce would be a great addition to Chester’s chicken, and it is truly delicious!”

7.  Chester’s was founded in 1952 by W.O. Giles in Alabama. Giles initially sold doughnuts that were fried using his patented fryers; he eventually added fried chicken to the menu. In 1965, the brand’s iconic mascot, Chester the Chick, was created.

8.  A few years after Chester was introduced, the company incorporated as Giles Enterprises and began manufacturing and selling Giles’ fryers. A few years later, the brand started selling marinades, batter, and breading products as well, and in 1974, the company became known as Chester Fried. In 2002, the brand shortened its name to just Chester’s.

9.  Around this same time, Ted W. Giles, the son of W.O. Giles, took over as CEO and began franchising the brand in 2004. Ted Giles is credited with spurring the brand’s growth both domestically and internationally. Today, there are over 1,100 Chester’s locations around the world. They are typically found in college campuses, airports, convenience stores, truck stops, and supermarkets.