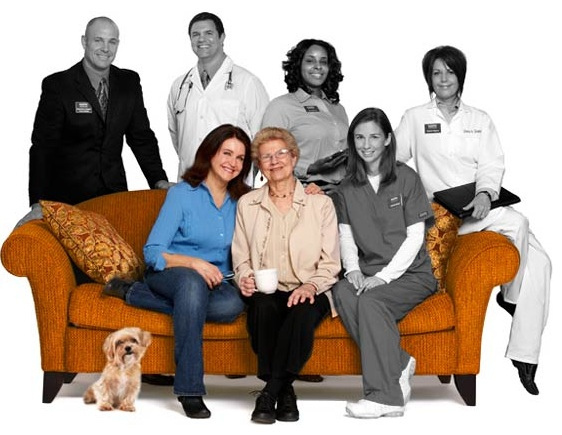 11 Things You Need to Know About the BrightStar Care Franchise

1.  In July, BrightStar Care announced that it had expanded its senior leadership team in an effort to aid the brand’s nationwide expansion. Among the new appointments was David Campagna as the vice president of franchise development. With Campagna in his new role, BrightStar says that the company is entering a new era of growth with the goal of reaching 500 locations by 2020.

3.  Shelly Sun, CEO and co-founder of BrightStar Care, said, “David is a key addition to our Senior Leadership Team and he brings with him a wealth of knowledge that will be vital to the success of BrightStar Care’s strategic expansion. As we continue to execute our brand’s development plans, David’s skills and broad experience will play a large role in helping lead BrightStar Care into the next phase of its growth journey.”

4.  At the start of September, BrightStare Care was given The Joint Commission’s 2017 Enterprise Champion for Quality Award, honoring the brand’s dedication to meeting the highest standards in in-home care. BrightStar has earned this award five years in a row and is one of only two franchisors to receive the honor since the award’s inception in 2013.


5.  To qualify for the award, a franchisor must demonstrate that a minimum of 95 percent of its franchisees are accredited and in good standing with the Joint Commission, the nation’s oldest and largest standard-setting and accrediting body in healthcare that accredits some of the nation’s most well-respected health systems.

6.  Margherita Labson, RN, executive director, Home Care Accreditation Program, The Joint Commission, said, “The Joint Commission commends BrightStar Care for not only achieving this prestigious recognition and the high level of quality that it represents – but also doing so for five consecutive years.”

CEO and Co-Founder Honored as 2017 Entrepreneur of the Year

7.  In early November, Shelly Sun, co-founder and CEO of BrightStar Care, was honored by her alma mater, the Haslam College of Business, with its 2017 Entrepreneur of the Year award. Sun, who graduated from Haslam in 1992, was recognized at the school’s ninth annual Alumni Awards Gala, which benefits the College Fund for the Haslam College of Business.

8.  Sun attended the university to receive her accounting degree and ended up placing in the top 100 of the CPA exam within a year of graduation. She attributes her success at Haslam to the two internship opportunities that she was given through the accounting program.

9.  BrightStar Care was founded in 2002 by Shelley Long and her husband J.D. Sun. Long, who already was a franchisee for two hotel chains, founded BrightStar Care because she personally knew how difficult it was to find quality care for aging loved ones. Just three years later, in 2005, Long and Sun started franchising BrightStar Care, which made it the first franchising company in the U.S. to specialize in both medical and non-medical care and health care staffing.

10.  BrightStar Care was almost immediately successful and Long says that it was revenue-positive by its fourth month and generated more than $1 million in its first year. The company has continued to grow and today there are over 300 BrightStar Care facilities across the U.S. and one location in Canada with plans for more.

Next post: FDD Talk: What You Need to Know About the Homewatch CareGivers Franchise Opportunity (Financial Performance Analysis, Costs and Fees)