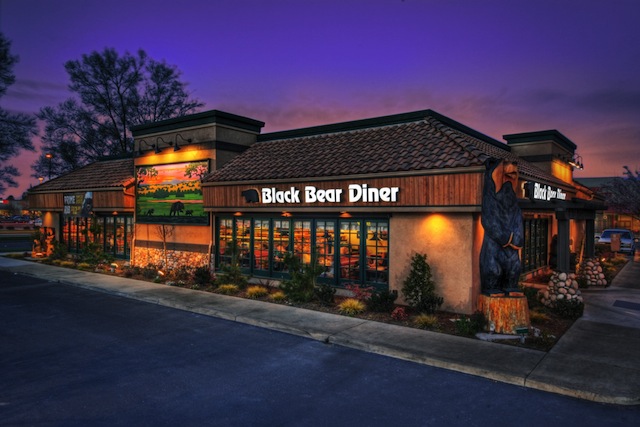 Reaches 100 Location Milestone Ahead of Schedule

1.  In recent years, Black Bear Diner set a goal of reaching 100 restaurants by 2018, but the brand hit that milestone in mid-August with the opening of one of its newest locations in Tucson, Arizona. Bruce Dean, co-founder and CEO of Black Bear Diner, said, “It’s amazing to see the brand take hold in so many markets throughout the United States. We started Black Bear Diner in Mount Shasta just over 20 years ago and never could have imagined where we would be today.”

2.  Also according to Dean, “2018 looks to continue our growth with our plans to open an additional 20 locations in the next 14 months.” The company will continue its expansion eastward from California and new locations will open in Oklahoma by the end of 2017 and Texas in early 2018 – the addition of these two states will mark 10 states total where Black Bear Diner has a presence.

3.  As Black Bear Diner continues its national expansion, the company has brought in several new people to drive its growth. In early April, the brand appointed Anita Adams as its chief financial officer. Adams most recently served as CFO for American Blue Ribbon Holdings. In her new position, she will be responsible for driving Black Bear Diner’s financial performance across operations and shared services as the concept expands nationally.

4.  Bruce Dean, chief executive officer of Black Bear Diner, said, “Our national expansion is moving swiftly and Anita’s leadership, experience and financial savvy will ensure we mitigate any financial risks as we continue down this exciting path. She is a key addition and asset to our Black Bear Diner family and we are thrilled to have her on board.”

6.  Before his promotion, Cunningham served as Black Bear Diner’s regional vice president of operations and in that role, successfully implemented strategic planning to achieve organizational goals across 20 company diners, improved processes for kitchen operations, and exceeded financial and sales goals for the company. In his new role, Cunningham will be responsible for all elements of strategic planning across 34 company diners, setting financial goals for all company diners, and directing seven regional managers.

8.  Throughout the month of September, the Black Bear Diner franchise community raised more than $14,000 for hurricane relief efforts. The funds raised by the franchisees will go directly to the American Red Cross to assist in the organization’s efforts to respond to the immediate needs of the families and communities impacted by Hurricane Harvey.

9.  In addition to the money raised by franchisees, the company will be donating an additional $10,000 to restoration efforts in Katy, Texas as the brand plans to open its first Texas restaurant in the city in early 2018. Bruce Dean, co-founder and CEO of Black Bear Diner, said, “We continue to be reminded of the unforeseen impact natural disasters can have on our communities. In a mere 24 hours, a perfectly normal, happy community is turned upside down and forced to rebuild homes and lives in a way that was never expected. We’re forever inspired by our franchise partners, who banded together following these devastating hurricanes to raise and donate more than $14,000 to the American Red Cross, directly benefiting those who need it most.”

10.  Black Bear Diner was founded in 1995 by Bob and Laurie Manley with help from Bruce Dean in Mount Shasta, California. Prior to opening the first Black Bear Diner location, Manley owned the Black Bear Gallery, which is what the restaurant was named after. As a restaurant industry veteran of over 40 years, Dean used his experience to help the diner find its early successes. He created the recipes for many of Black Bear’s most popular dishes and came up with the idea for the brand’s “bear-sized” portions.

11.  Black Bear Diner’s early growth was moderate and primarily concentrated in California. The company began franchising in 2002 and in the past few years Black Bear Diner has focused on national expansion. Today, there are over 100 locations around the United States.

Next post: FDD Talk: What You Need to Know About the Christian Brothers Automotive Franchise Opportunity (Financial Performance Analysis, Costs and Fees)