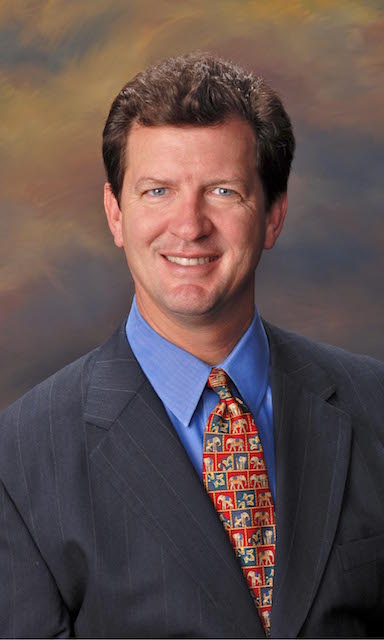 In this exclusive Q&A, we learn more about PJ’s Coffee of New Orleans from its president, Peter Boylan.

Peter Boylan (PB): PJ’s Coffee of New Orleans is a coffeehouse franchise that demonstrates that better beans, superior roasting techniques, and pure passion for the art of coffee-making matter. Headquartered in New Orleans, we specialize in a wide variety of iced, frozen, hot, cold brew, and nitro-infused coffees using only the top one percent of Arabica beans, as well as organic tea and fresh breakfast pastries.

PJ’s famous iced coffees are brewed daily using a special cold-drip process that protects the flavor and strength of the beans, while producing a coffee that is two-thirds less acidic – a process pioneered by PJ’s Coffee founder, Phyllis.

FC: What is your role with the brand?

PB: I started with Ballard Brands as a member of the board of advisors in 2009 then transitioned to the chief development officer role from 2011 to 2016. Following my tenure, I assumed the role of president in 2016 which was not only a huge step in my career, but a huge step for Ballard Brands as I became the first non-family Ballard member to run the business.


My goal in this position is to grow each company within Ballard Brands and expand its footprint across the United States as well as targeted international markets. Our development strategy focuses on partnering with entrepreneurs in new territories worldwide while presenting each market with a new brand that offers them a new experience with superior ingredients and customer service.

FC: How does PJ’s Coffee make a difference in the community?

PB: We work with partners from farms in all parts of the world to identify and source the highest quality coffee. More significantly, we adopted the El Terrerito Farm in Honduras which is supported by 26 families who work on the farm and harvest Arabica coffee plants. We use these to make our small batch roasted coffee. PJ’s Coffee works with the farm to ensure we are doing business in ways that are good for the planet as well as one another.

We are committed to developing programs to ensure the quality of life for Honduran farmers is improved through community initiatives and we are continuously looking for different ways to increase our support of local school programs in Honduras.

FC: What does the relationship with El Terrerito Farm look like?

PB: Since 2015, our Roastmaster Felton Jones has worked closely with El Terrerito Farm—visiting every few months and maintaining an open line of communication. We want to strengthen our relationships with the families who work on El Terrerito and care for the environment, the streams, the trees, the birds, and other animals.

PJ’s Coffee buys 100 percent of the crops from El Terrerito, which provides a steady and consistent income to the farm. On our regular visits, we are able to see what the local community needs and have the ability to make upgrades in equipment or provide needed resources for families.

FC: What is next for PJ’s Coffee?

PB: As the company approaches its 40th year as an established brand in 2018, we are committed to remain an authentic coffeehouse with a New Orleans spirit as we expand through franchising. Today, PJ’s Coffee has more than 90 locations open and operating nationally and internationally, and is projected to have 100 locations open by the end of 2017.

Throughout 2017, PJ’s Coffee announced newly-awarded agreements and multi-unit deals in Colorado, Louisiana, Texas, Maryland, South Carolina, and Virginia. We have also added several countries to our franchise system by awarding Master Franchises in both Vietnam and Kuwait, where a total of two international locations are now open and operating, with an additional two locations in development.

Our eyes are set on growing to 200 locations by 2020, so we are always looking for passionate and driven entrepreneurs to become a part of our PJ’s family.