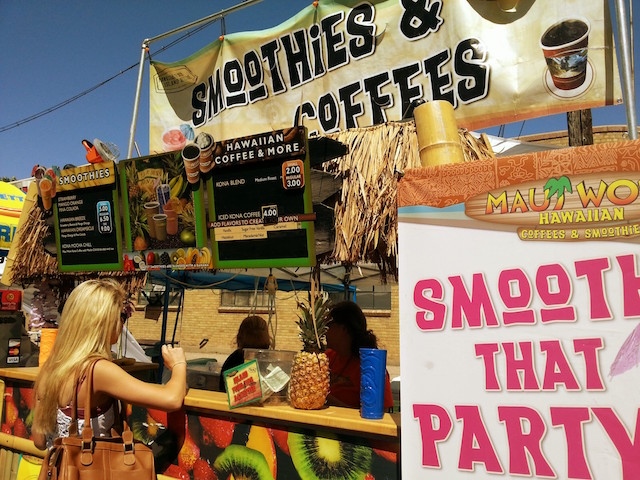 11 Things You Need to Know About the Maui Wowi Franchise


1.  After Maui Wowi was acquired by Kahala Brands in late 2015, its headquarters were moved to Scottsdale, Arizona. In late March 2017, Maui Wowi announced that it had plans to grow its presence in its new home state. The brand said that it was looking for multi-unit franchisees and that there were plans to open 15 units throughout Arizona by early 2018.

2.  In the first few months of 2017, Maui Wowi secured contracts to operate at Salt River Fields at Talking Stick in Scottsdale, and Chase Field in Phoenix. The company is looking to continue this growth and open its signature mobile tiki huts, known as Ka’anapali Carts, in entertainment venues, sporting arenas, and universities across the state. The areas that Maui Wowi is targeting include Phoenix and the nearby Scottsdale and Tempe communities, Tucson, Flagstaff, and Yuma.

3.  John Wuycheck, senior vice president of franchise development at Kahala Brands, said, “With the entire Kahala Brands ‘ohana right down the road, including Operations, Marketing, and Research & Development, many community-oriented entrepreneurs will appreciate the convenience of finding the brand’s Headquarters close by. Most importantly, Arizona is blessed with beautiful weather, numerous indoor and outdoor events during every season, great universities and a bustling economy, making it ripe for Maui Wowi expansion.”

4.  At the end of May, Maui Wowi started off the summer season by bringing back two seasonal favorites: The Orchard Peach Smoothie and Midnight Kona Coffee. The smoothie was available starting May 27 and featured peach fruit puree, a whole banana, and live active yogurt. The Orchard Peach Smoothie was first introduced in 2012 and customers have been asking for its return since then. According to Jenni Pollack, national marketing manager for Maui Wowi, the drink’s “light and refreshing flavor is a big hit with [its] customers” and is “the perfect way to cool down on those sweltering hot summer days.”


5.  Midnight Kona Coffee was available starting June 13 and was made with a blend of Costa Rican and Kona beans and other flavors such as coriander and cinnamon. Pollack said, “This is a time of year where most coffee houses go blonde, but Maui Wowi likes to turn heads with a delicious, rich, decadent roast instead.”

6.  At the beginning of 2017, Maui Wowi debuted its first “vegetable-centric” smoothie at all of its brick and mortar locations in the U.S. The Green Smoothie was a limited-time offer (from January 15 to March 31) that featured a blend of orange, pineapple, pear juices, and spinach puree. This mix of juices and puree was then blended with live-cultured, probiotic yogurt and finished off with a banana and ice.

7.  Mike Weinberger, brand president of Maui Wowi, said, “Maui Wowi is excited to introduce the Green Smoothie to our lineup. Created from customer demand, this is our first smoothie that contains both fruits and vegetables. We worked meticulously to create a smoothie that’s full of nutritious elements, while cultivating a flavor and texture that will delight the palate. It’s a great option for the health-minded smoothie consumer.”


8.  Maui Wowi was founded in 1982 by Jill and Jeff Summerhays in Salt Lake City, Utah. The couple was inspired to start selling healthy blended fruit drinks after vacationing in Hawaii for their honeymoon. They developed a mobile business model and began selling their drinks at events, fairs, and festivals.

9.  In 1997, Michael Haith, then a food and beverage consultant and seasoned entrepreneur, became interested in Maui Wowi after seeing its success at the Utah Arts Festival. Haith joined the company and helped the Summerhays franchise the Maui Wowi concept.

10.  Around 2003, Maui Wowi added an exclusive line of Kona espresso and cappuccino drinks as well as a gourmet line of blended coffees from Maui, Kona, Kauai, and Molokai to its menu. Today, there are over 130 locations in the U.S., Saudi Arabia, and the United Arab Emirates.

Next post: The 8 Best Dry Cleaning and Laundry Franchises of 2022 (Updated Rankings)