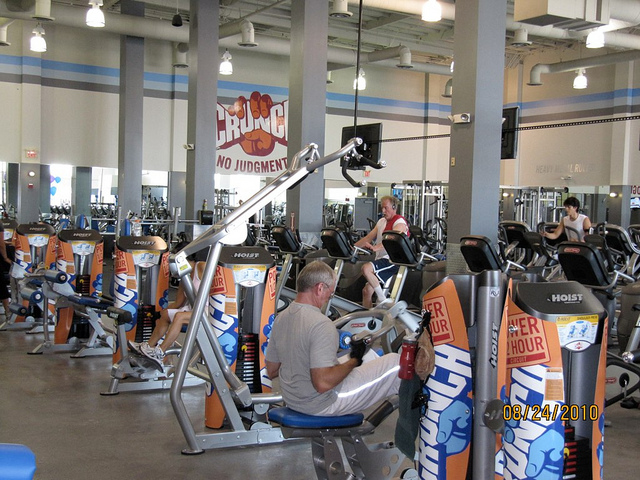 13 Things You Need to Know About the Crunch Franchise

1.  In early September, Crunch announced that it had hit the one-million member mark. This brand milestone is a result of Crunch’s aggressive national and international growth plans, which include having over 500 locations in operation within the next few years.

2.  Keith Worts, CEO of Crunch Fitness, said, “We have been pushing toward our million-member mark and couldn’t be happier that we are eclipsing this important milestone. And we have set our sights higher – expanding organically, via acquisition and through franchising in the U.S., Canada and several key markets abroad.”

4.  Over the summer of 2017, Crunch began testing a new program called #CrunchTV that will take gym members’ Instagram and Twitter content and stream them to its gyms’ TVs in real-time. Members who share a photo or video of themselves working out and add the hashtag #CrunchTV will see themselves appear on their gym’s TV in 10 to 20 seconds.

5.  By the middle of September, the 12 clubs in West Florida testing #CrunchTV had received over 2,000 posts. According to Geoff Dyer, president of Crunch West Florida, the company is considering expanding the program to its 200 clubs across the U.S.

6.  Dyer added, “If you go to a gym, you constantly see people looking into the mirror. In these posts, you see images of beautiful people who have accomplished tremendous results, and they’re very proud of it. That’s exactly what we want.” He added that the program was a quick and inexpensive way to crowdsource content that the brand can use in its own marketing.

8.  The company will renovate these existing facilities and update them with new cardio and strength training equipment, tanning and HydroMassage® water massage beds, full-service locker rooms complete with showers and changing rooms, and a functional training area.

9.  The Harmans already own and operate more than 30 Crunch franchises and at the time, David said that he plans to have almost 60 facilities open by the end of 2017.

10.  Crunch Fitness was founded in 1989 by Doug Levine in New York City’s East Village. The first location started out as a small gym in a basement studio where Levine created a welcoming environment where anyone could get fit.

11.  Levine’s original message of inclusion and no judgment has become Crunch’s official manifesto – and the gym franchise’s goal is to make everyone feel good while they reach their fitness goals. One of Crunch’s most popular features is its group fitness classes, which were developed by Levine and a group of fitness instructors.

12.  Crunch started franchising in 2010 with most of its growth occurring over the last few years. Today, there are over 225 locations in the U.S., Canada, Puerto Rico, Australia, and Spain.