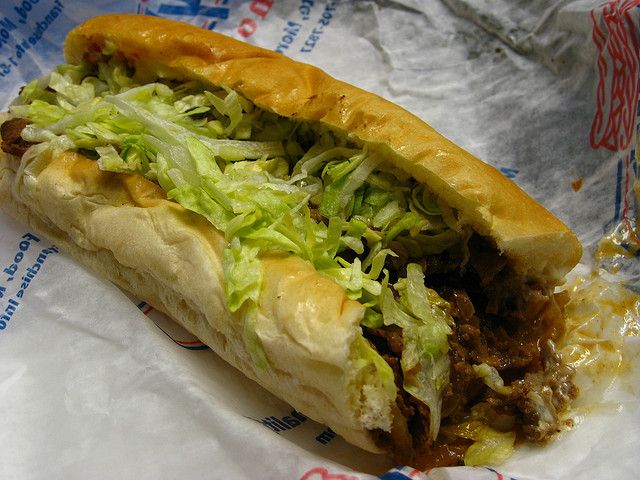 1.  At the beginning of June, Lennys Grill & Subs announced that the company had hired industry veteran Jennifer Benjamin as its Vice President of Franchise & Market Development to “further fuel the momentum the brand has created across the Southeast U.S.” In her new position, Benjamin will lead franchisee recruitment and real estate selection efforts.

2.  Prior to joining Lennys, Benjamin most recently served as Director of Franchise Development for Captain D’s, where the markets she oversaw experienced a 300 percent increase in lead generation. Benjamin says that her “previous experience with growing re-branded restaurant concepts will allow [her] to help build momentum for the Lennys system.”

3.  Around 2015, Lennys Grill & Subs began a long-term rebranding effort after announcing that it was “targeting broader goals.” Over the summer of 2017, Lennys said that revamping its image is working and that it is in a good position for expansive growth. For example, one of its restaurants in Alabama has seen a 4.5 percent increase in sales since it was re-imaged and one of the newest locations in Florida consistently ranks as one of the top producing restaurants in the system.

4.  At the time of the announcement, Lennys had 57 active remodeling projects taking place in its 95-unit system – some of them were being constructed, others were being evaluated, and a select number were already completed. Forty-five additional stores are in the pipeline for 2018, which would, if all goes according to plan, complete Lennys’ system-wide re-imaging campaign.


5.  Lennys president and CEO Kevin Martin, who bought Lennys in 2012 with Rick Johnson, said that a key factor in the brand’s refresh was perception. In 2016, the company changed its name from Lenny’s Subs to Lennys Grill & Subs because the chain has a “world-class Philly Cheesesteak” and 12 grilled items on its menu that separate Lennys from sandwich competitors. Martin said the company “needed to get the word grill in the name” because its “No. 1 selling sandwich is grilled” and “about 7-10 percent of [its] guests in any given week, in any given restaurant, are new to the brand.”

6.  In addition to changing its name, Lennys changed its color scheme, adding some yellows, gold, cool grays, reds, and blues instead of muted beiges and taupe. The brand updated its graphic representations and packages on the wall, all in an effort to brighten up the environment.

7.  Lennys’ most important change was to its service model – now “a customer pays, grabs a number, and goes to their table, a la Panera Bread.” Additionally, the redesigned stores will get rid of the deli case that represented the order point in the past and will replace it with a point-of-sale system. Martin says that all of these changes will help increase the speed of service and make the ordering process less confusing for customers.

8.  In June, Lennys Grill & Subs celebrated a major brand milestone with the giveaway of its one millionth sub through the brand’s loyalty program. Through its VIP Rewards Program, customers receive a free sub on a future visit after they purchase nine subs. To celebrate that Lennys had given away one million subs to its VIP Rewards Members, on June 27th, Lennys offered a 25 percent discount to its existing rewards members as well as anyone who signed up for the program on the day of the event.

9.  Lennys Grill & Subs, formerly Lenny’s Subs, was founded in 1998 by Len Moore and his wife Sheila in Bartlett, Tennessee. Prior to opening the first Lennys location, Moore had several years of experience in the restaurant industry. He held key management positions with TGI Fridays, Olive Garden, and Ruby Tuesday′s restaurants; he was also the Director of Operations for several independent restaurant companies and was one of the first Chick-fil-A franchise owners.

10.  Moore and his wife opened Lennys because they wanted to bring Philadelphia-style sandwiches to the South. Initially, the couple only wanted to run one shop, but the first location was so popular that they opened a few more locations in the Memphis, Tennessee area.

11.  Lennys started franchising in 2001 and by the end of that same year, the company had over 20 locations in the Southeastern United States. Moore sold the company in 2004, but remained involved with Lennys as a franchisee until his death in 2008.

12.  Over the years, Lennys has continued to open locations around the U.S. and at one time had over 160 shops. A significant number of Lennys restaurants have closed in recent years; there are currently about 95 locations still open today.

13.  Lennys has not ranked on Entrepreneur’s annual Franchise 500 list in the past decade.

Analysis of Average Sales and Expenses of Franchised Sub Shops Open Before January 1, 2016

Next post: FDD Talk 2017: What You Need to Know About the Cost Cutters Franchise Opportunity (Financial Performance Analysis, Costs and Fees)