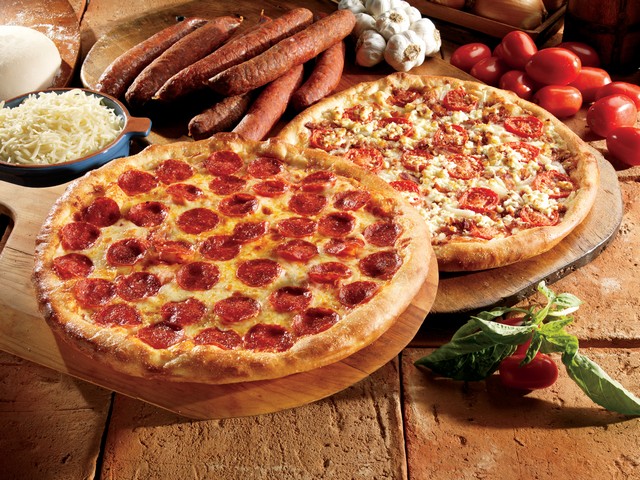 1.  In March of this year, Marco’s Pizza hired John Ramsay and Travis Edmonson to lead the brand’s future growth. Ramsay joins the company as its new Vice President of Franchise Development Services and will oversee development of new territories while driving franchise sales at Marco’s Pizza. He comes to Marco’s with nearly three decades of experience in franchising and real estate. He spent 28 years in restaurant development for leading national brands such as Jack in the Box, TGI Fridays, Long John Silver’s, and Sbarro.

2.  Edmonson was appointed as Vice President of Franchise Sales and Development and will orchestrate the development and execution of effective franchise sales programs. He has worked with various pizza and restaurant concepts such as J&H Foods, Cheezies Pizza, and Campero USA on the global and regional levels.

3.  Earlier in the year, Marco’s Pizza said that it was on track toward reaching its goal of 1,500 stores open by 2020. The company says that it currently opens about three stores a day and will add over 100 new locations by the end of 2017, bringing its count up to over 900 units.

5.  Butorac was honored during the annual Multi-Unit Foodservice Operators Conference (MUFSO) held October 1 to 3. He said that while he was honored to receive the award, Marco’s success is owed to “Pat Giammarco, who had the original vision to bring authentic Italian pizza to the United States.” Butorac said: “The success and growth of the brand is a collective effort of our incredible executive leadership team headed by Bryon Stephens, our committed corporate staff, all of our franchisees and employees at the store level who deliver on our brand promise each and every day.”

7.  In addition to the special offer, Marco’s hosted a “Magnifico Summer” social media sweepstakes. To enter the contest, customers were asked to share photos on Marco’s Facebook page that portrayed the ways they make their summer Magnifico at the pool, beach, picnics, or backyard gatherings with friends. The winners received summer “ParTEAs” with free pizza and tea.

8.  Marco’s Pizza’s Chief Marketing Officer Steve Seyferth said that Marco’s “sought out a real, leaf-brewed beverage to complement [its] superior pizza product” and that the “pairing provides an elevated experience for [its] customers.”

9.  Marco’s Pizza was founded in Orgeon, Ohio in 1978 by Pasquale “Pat” Giammarco, who emigrated to the United States when he was nine years old. Marco’s is the only U.S. pizza chain that was started by a native Italian. Prior to opening the first Marco’s location, Giammarco grew up working in his family’s pizzeria in Michigan. He and his father spent years refining and perfecting their sauce, which is still used at all of Marco’s locations today.

10.  Over the next 20 years, Marco’s continued to grow and by 2002 there were around 123 locations. Around this time, restaurant industry luminary Jack Butorac took a look at Marco’s and realized that the brand had a lot of potential. Butorac felt that the pizza was delicious but that Giammarco “didn’t know how to brand it and differentiate it from other brands out there.” Butorac began working as a consultant for Giammarco and later expressed interest in purchasing the franchising rights to Marco’s Pizza.

11.  In 2004, Butorac took over leadership of the company and announced that the brand would go national. Under Butorac’s ownership, Marco’s has grown to over 830 locations in over 30 states, the Bahamas, India, and Puerto Rico.