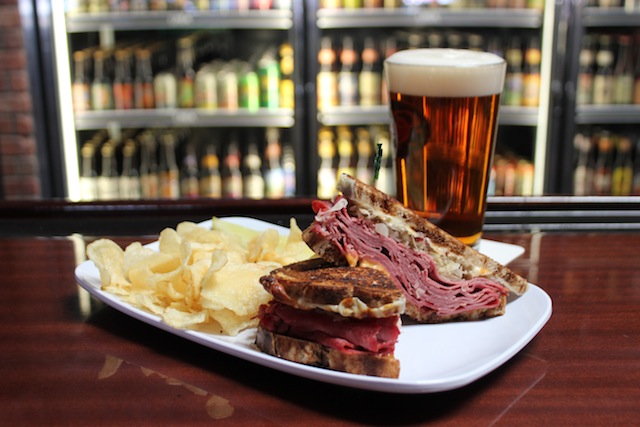 1.  At the beginning of June, World of Beer announced that it had promoted Dave Reid to the new position of Chief Operating Officer. Reid is a 30-year veteran of the restaurant and hospitality industries. Prior to joining World of Beer, Reid served as chairman of the Florida Restaurant and Lodging Association and worked for 21 years with Miller’s Ale House.

2.  Paul Avery, president and CEO of World of Beer, said that the company is “excited to see [Reid] in the new role of Chief Operating Officer, as we believe it will bring great growth to our company and brand” and that Reid’s successful track record will assist World of Beer in its next stage of development.

3.  In mid-July, World of Beer updated its loyalty rewards app to include a new feature called “ALEgorithm,” which is a discovery engine that makes beverage recommendations as users narrow their taste preferences.

4.  Hannah Davis, Senior Director of Brand Marketing for World of Beer, said that the company used platforms such as Amazon, Netflix, and music service Pandora as inspirations while it was developing ALEgorithm. World of Beer partnered with Paytronix, the consumer rewards program provider, to develop the new feature.


5.  In order for ALEgortihm to make better suggestions to customers, they need to use the “thumbs up-thumbs down” interface often. Davis said that the more information customers provide to the app, the better the recommendations will be.

6.  By the start of August, more than 7,000 new users had signed up for the app and the company invited its existing app users (more than 200,000 users) to try the new program.

7.  Davis also said that World of Beer launched ALEgorithm to increase loyalty and speed of service. She said that in 2016, the company was evaluating the legacy loyalty program and noticed “a lot of people who weren’t swiping their cards because [the company was] requiring customers to buy a new beer to get points” and that “there are a lot of customers who come into World of Beer and don’t drink something new every time.”

8.  ALEgorithm will also help speed up staff service as servers will be able to make suggestions and provide beer samples quicker based on ALEgortihm’s recommendations. Davis said that the program will get to know customers over time and will shift its suggestions as a customer’s taste evolves and changes.

Multi-Unit Franchisee Chooses to Rebrand After Differences with Corporate Office

9.  Evan Matz, ex-franchise owner of three World of Beer bars in the Northern Virginia area, separated from the company in February and said that he will be reopening his businesses under the Crafthouse brand. Matz opened his three World of Beer franchises in the past five years, but said that over the last year and a half, he had been “butting heads” with World of Beer’s corporate office over “operational differences.”

10.  According to Matz, he decided to separate from World of Beer because “there are so many different things that needed to be elevated. World of Beer was just about beer, that was our main focus. And to me, it is more than beer, because people come to not just drink, they want to eat, and the food is an important aspect of it.”

11.  World of Beer was founded in 2007 by two best friends, Scott Zepp and Matt Lafon in Tampa, Florida. Prior to starting World of Beer, Zepp co-owned and operated a retail shop in Clearwater, FL selling premium beer from across the globe. He realized that there was increasing interest in beers from other countries, and so he partnered with Lafon to develop World of Beer.

12.  The bar and restaurant franchise features more than 500 beers, including almost 50 on tap, and offers burgers, wings, soups, sandwiches, flatbreads, and main course entrees such as salmon and steak.

13.  World of Beer is currently co-owned by Benjamin Novello, who is also the company’s Chief Development Officer, and Jim Pollard. The company’s growth has been steady over the last decade and today, there are over 75 World of Beer locations in the United States, as well as a few locations in China and South Korea.

14. World of Beer has yet to rank on Entrepreneur’s annual Franchise 500 list.

Next post: FDD Talk 2017: What You Need to Know About the UBREAKIFIX Franchise Opportunity (Financial Performance Analysis, Costs and Fees)