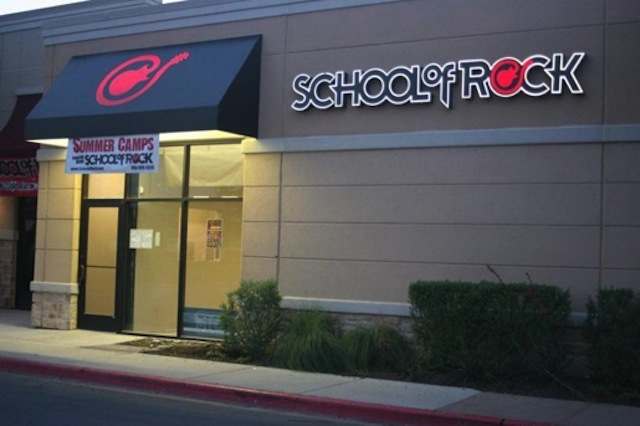 1.  At the end of June, School of Rock announced that it had appointed Rob Price as the company’s new president and CEO. In his new role, Price will work closely with School of Rock’s senior leadership team to enhance the student experience at each school, expand the global footprint, and establish creative partnerships to maximize the brand’s reach.

2.  Prior to joining School of Rock, Price served as president of Edible Arrangements and before that he was Chief Marketing Officer at CVS Health. David Zucker, Chairman of the Board at School of Rock, said, “Rob has extensive experience helping strong brands fully reach their potential. He has an impressive track record of engaging team members, operators, and partners in support of rapid business growth.”

3.  Price says that as a parent, he understands how music can shape a child’s life and he looks forward to “working closely with School of Rock’s talented franchisees, parents, students, corporate team members, and industry partners to reach many thousands more aspiring rock and rollers.”

4.  In early August, Anthony Padulo was appointed as School of Rock’s new Chief Development Officer. Padulo comes to the company with more than 30 years of experience in the franchise space and has spent over 22 years with Dunkin’ Donuts.

5.  School of Rock CEO Rob Price said that Padulo’s “proven track record and extensive experience in franchise development will be a major driver in the brand’s growth.” Padulo says that his top priority will be to “position the brand for rapid expansion.”

6.  In late June, School of Rock announced that over 600 of its most talented students from across the U.S. were picked to take part in the world’s largest music festival, Summerfest. The festival took place in Milwaukee, Wisconsin from July 6-9 and the students had the opportunity to display their hard work and dedication to music. Students were able to learn from mentors who were bandmates for people such as Beyonce, Stevie Wonder, Weezer, Bon Jovi, Alice Cooper, and many others.

7.  Dzana Homan, who was CEO of School of Rock at the time, said, “Every year we look forward to giving our students the priceless time with these artists. It’s the least we can do to reward them for the hours of practice they put into their music classes. Part of what makes my job so fulfilling is seeing our kids perform on big stages like this. These are the kind of experiences that teach them to be confident both in their musical ability and themselves as a person.”

8.  Over the summer, School of Rock opened several new locations in Schaumburg, Illinois; Elk Grove, California; Haymarket, Virginia; and Libertyville, Illinois. All of the locations celebrated grand openings with a ceremonial guitar smashing, a variety of live music acts, free trial lessons, demos, food and beverages, and other activities.

9.  The Schaumburg location is owned by Jason Fein, who owns two other School of Rock locations in Illinois.

10.  Elk Grove franchisees Jason Kline and Cecilia Yi had always wanted to open a School of Rock location after seeing students perform almost ten years ago. Their location is the first in the Sacramento area.

11.  School of Rock Haymarket is owned by mother and son team Mary and Conner Hitchcock. Conner is a recent music school graduate, who had spent most of his youth at a local music school.

12.  School of Rock Libertyville was opened by John Zebell, who always wanted to open a music school and didn’t think it was possible until he discovered School of Rock.

14.  Green’s new school attracted a lot of attention and during the first year it was open, Spin magazine sent Jame Iha, the guitarist for Smashing Pumpkins, to profile Green and the school. In 2003, filmmakers Don Argott and Sheena M. Joyce decided to make a documentary about the school after attending a concert performed by Green’s students. The documentary was titled Rock School and released in 2005.

15.  Around this same time, Paramount announced that it was releasing a movie called School of Rock, which featured a would-be rock star teaching rock music to children. Green considered suing the studio over the similarities between his story and the one shown in the movie. In the end, Green decided against it saying that his school benefited from the publicity.

16.  Green began franchising School of Rock in 2005 and today there are over 180 locations in the U.S., Mexico, Canada, and the Philippines.

Next post: FDD Talk 2017: What You Need to Know About the Fetch! Pet Care Franchise Opportunity (Financial Performance Analysis, Costs and Fees)