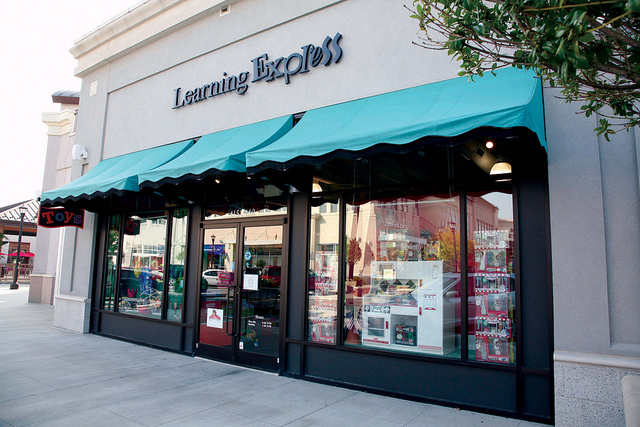 3.  The store’s grand opening featured guest appearances by popular children’s characters such as Peppa the Pig, Marshall from Paw Patrol, and Cinderella. There were also contests, raffles, and doorbuster events over the opening weekend.

Franchisees Often Give Back to Local Communities

4.  Learning Express franchisees are often involved with their local communities and take the time to participate in charitable events in their area. One of the most recent examples of this charitable spirit was the fundraiser hosted by Learning Express Toys of Sunnyvale, California on September 17. The store hosted the fundraiser to raise money for Magical Bridge Playground, an accessible playground for people of all ages and abilities.


5.  Magical Bridge Playground will include a slide mound, spin zone, tot zone, swing & sway zone, and much more – accessible to all, including people who use wheelchairs. The Magical Bridge Foundation is currently raising the $3.3 million needed for construction, which is slated to start in fall 2018.

7.  Learning Express Toys’ growth has been slow and steady. So far in 2017, the franchise has opened two new locations, one in Tampa, Florida and the other in Frisco, Texas. The South Tampa location is the newest store, opened in early April; it is owned by Susan Foster and her daughter Erika Stigleman, who already own a few Learning Express Toys locations and are in their ninth year of franchising with the company.

8.  The Frisco, Texas location was opened in late March and is owned and operated by Thomas and Sonnie Stanford. The Standfords said, “We want to add value to our community through a toy store that focuses on educating and developing everyone through various forms of play. This new venture allows us to provide a quality service to our community through direct interactions.”

9.  Learning Express Toys was founded in 1987 by Sharon DiMinico in Acton, Massachusetts. At the time, DiMinico was chair of the Board of Directors and parent of two children at Groton Community School. She proposed a business plan for the school to open a specialty toy store in order to raise additional revenue for the school and prevent tuition increases.

11. Learning Express Toys has appeared only once on Entrepreneur’s annual Franchise 500 list in the last decade – it ranked at No. 271 in 2017.