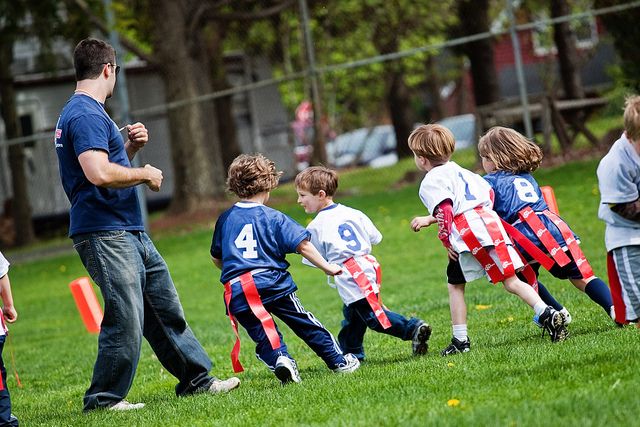 15 Things You Need to Know About the i9 Sports Franchise

1.  In early September, i9 Sports announced that it had awarded four franchise territories across the East Coast: Boca Raton and Orlando, Florida; Richmond, Virginia; and Baltimore, Maryland. The new franchise owners are Brandon Seeley, Antwain Salvatto and Joseph Jackson, Nisa and Meshack Aduwu, and Alli and Greg Hall.

2.  Brian Sanders, i9 Sports president and CEO, said, “As i9 Sports continues in its mission to help kids succeed in life through sports, it’s incredibly important to identify and select franchise partners who are committed to the culture of age-appropriate instruction that’s fun for kids and convenient for parents in their territories. We know that each of these franchise owners are committed to delivering that superior and extraordinary experience.”

3.  All of the new franchisees have a previous connection to i9 Sports in some way – Brandon Seeley was enrolled in i9 Sports as a child and eventually became a coach and referee for i9 Sports leagues; and Antwain Salvatto and Joseph Jackson, Nisa and Meshack Aduwu, and Alli and Greg Hall all have children who participate in the i9 Sports program.


4.  i9 Sports provides a suite of technology tools to help its franchisees run their businesses with ease. The brand says that it is a pioneer in league management technology and that its proprietary software allows franchisees to control almost every facet of their leagues.

5.  With the software, franchisees can perform the following tasks with greater ease:

6.  Franchisees also have access to a dedicated Personalized Dashboard where they can track their business progress based on several factors, including registration count, revenue, customer renewal rate, marketing, year-over-year growth, and many other metrics. They can also access the system’s Network Scorecard, which provides an overview of the performance of other network franchisees.

7.  i9 Sports also provides a parent portal, an easy-to-use system where parents can register their child in a program and then track game schedules. The portal also provides built-in payment and communication features.

8.  i9 Sports says that its franchise is a good fit for ex-pro athletes who want to stay involved with sports after they retire. Former NFL wide receiver Marcus Thigpen is the owner of the i9 Sports location in Plano, Texas. Thigpen said that he wanted to stay engaged in sports while pursuing entrepreneurship and found that i9 Sports was a good fit for his goals.

9.  Another former NFL player, Keith Smith, owns an i9 Sports franchise in suburban Atlanta. Smith said that he knows firsthand how kids can learn about success through sports, something that drives him to work harder every day.

10.  i9 Sports says that interested franchisees don’t need to have business experience because its “extensive training program gives [them] all the knowledge, encouragement and tools [they] need to get started on the right foot.”

Company History
11.  i9 Sports was founded in Florida by Frank V. Fiume, Jr. in 2002. The company says that it is the first and largest youth sports franchise business in the U.S. with more than 1 million player registrations. i9 Sports offers youth sports leagues, camps, and clinics for children aged 3 to 14, in popular sports such as soccer, flag football, basketball, and baseball.

12.  The company’s goal is to “put the FUN back into youth sports” by offering an alternative to “the hyper-competitive, win-at-all-cost culture that pervades most youth sports programs today.”

13.  In 2016, Fiume sold the company to his employees, making i9 Sports an Employee Stock Ownership Plan (ESOP) company. Fiume said that it has always been a dream of his to make the company employee-owned.

14.  i9 Sports began franchising in 2003 and today there are over 128 franchised locations.

Next post: 19 Substantial Fees Every Great Harvest Franchisee Needs to Know About