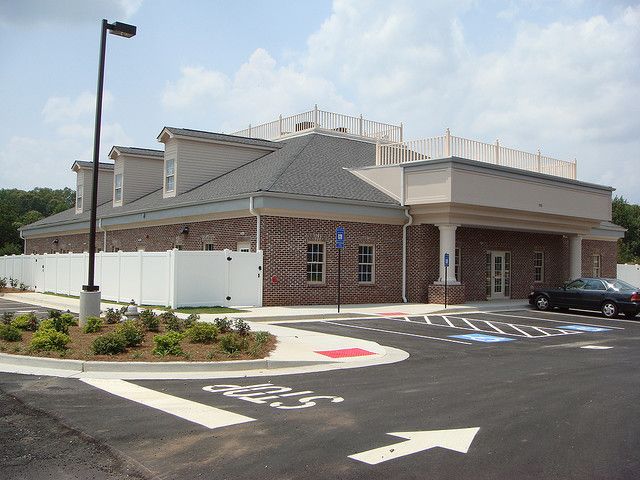 13 Things You Need to Know About The Goddard School Franchise

1.  In early February, The Goddard School hired seasoned real estate professional Amy Williams as the system’s new Director of Real Estate. Williams comes to the company with an extensive background in real estate management with more than 15 years of experience in a variety of industries, including franchising, outdoor advertising, commercial real estate, and retail. Prior to joining The Goddard School, Williams was the real estate manager at Outfront Media, an outdoor media company formerly known as CBS Outdoor.

2.  In her new role as Director of Real Estate for The Goddard School, Williams will be tasked with establishing and executing a long-term vision and strategy for growth, managing development for franchise trade areas in the GSI market plan, and performing in-depth industry, market, and competitor research.

4.  At the start of 2017, The Goddard School stated that 2016 marked another successful year for the preschool franchise as it had opened 23 new schools around the country. The company also said that it plans to open 27 new locations over the course of 2017 and that it was on track toward achieving its goal of opening 150 new schools by 2020.


5.  The Goddard School currently has over 460 schools open around the country and will hit its 500th location milestone sometime in 2018. The brand said that it awarded more franchise license agreements to existing franchisees in 2016 than it did in 2015 and 2014 combined.

6.  In the press release, The Goddard School said that throughout 2017 it will be opening new schools in new markets across the country, including its first school in Arkansas. It will also be opening more schools in major metro areas that will accommodate Millennial parents living and working in their respective state’s city centers.

7.  From April 17 to April 21, The Goddard School held its seventh annual Root for Earth campaign, which engages preschoolers in a variety of eco-friendly and hands-on projects. All of the schools in the franchise system participated in the event and showed the kids how to build robots from recycled materials, plant gardens, and offered other activities inspired by STEAM (science, technology, engineering, art, and math).

8.  Each school also participated in an Upcycling Challenge that asked the children to turn discarded materials into new creations. The children’s work was posted to The Goddard School’s Facebook page and members of the public were able to vote on their favorite submission, with the winner of the challenge announced on May 15.

10.  The Goddard School (originally called Goddard Early Learning Centers) was founded in 1983 by Lois Goddard Haines in Malvern, Pennsylvania. The school offers year-round programs for children aged six weeks to six years. In addition to the daily curriculum, it offers after school enrichment programs in subjects such as art and music.

11.  In 1988, Haines sold the Goddard School to Joseph Scadone and later that year, Anthony A. Martino, the founder of AAMCO Transmissions and MAACO Auto Painting and Bodyworks franchises, established Carousel Systems, Inc. in order to begin franchising the Goddard School.

Previous post: FDD Talk 2017: What You Need to Know About the Carvel Franchise Opportunity (Financial Performance Analysis, Costs and Fees)

Next post: Q&A with Jay Yim, Co-Founder and Vice President of Churned Creamery