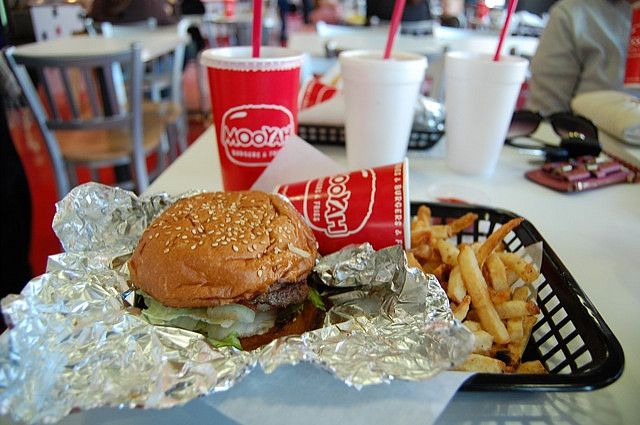 13 Things You Need to Know About the MOOYAH Burgers, Fries & Shakes Franchise

1.  In early May, MOOYAH Burgers, Fries & Shakes announced that it had been acquired by an affiliate of Balmoral Funds, LLC, a leading lower-middle-market private equity fund, and Gala Capital Partners, LLC, a private investment company with a focus on hospitality and food service franchises in the U.S.

2.  Under the terms of the acquisition, the company will no longer be part of Reach Restaurant Group, but MOOYAH’s executive leadership team will remain in their roles. Michael Marby, President and Chief Operating Officer of MOOYAH, will be leading the transition to new ownership from the company’s co-founders Rich Hicks and Todd Istre.

3.  Gala said that MOOYAH has high consumer appeal and the potential for faster growth and that the brand is ready to become a household name.

4.  MOOYAH features a different menu item every month in its Taste to Try campaign. Its spotlight item in August was The A-Wonderful, which features two four-ounce Certified Angus Beef patties, melted American cheese, Applewood smoked bacon, grilled onions, and A1 steak sauce on a freshly-baked potato bun. The A-Wonderful was featured throughout the month of August, but is available year-round.

5.  MOOYAH launched its monthly Taste to Try campaign in 2016 and since its launch, customer checks with Taste to Try items average 29 percent higher than checks without. According to Natalie Anderson-Liu, Vice President of Marketing for MOOYAH Bugers, Fries & Shakes, “The Taste to Try campaign has been a hit since day one. It really resonates with our guests across the country—we’re featuring delicious recipes they have available to them using our premium, fresh ingredients.”

6.  MOOYAH celebrated its 10th birthday on July 10th by hosting a birthday party at participating locations across its system. The brand gave away several gifts to its customers and donated 10% of that day’s sales to No Kid Hungry, a non-profit organization dedicated to ending childhood hunger that MOOYAH partners with regularly.

10.  MOOYAH Burgers, Fries & Shakes was founded in 2007 by Rich Hicks and Todd Istre in Plano, Texas and began franchising that same year. The burger chain has made a name for itself by serving burgers made from fresh, never frozen beef, hand cut fries, and real ice cream shakes. MOOYAH added shakes to its logo in 2009 due to the popularity of its real ice cream shakes.

11.  Over the next few years, MOOYAH added new items to its menu including sweet potato fries and fresh-made white and wheat buns at each of its locations.

12.  The brand opened its first international location in 2013 in Dubai. Today, there are over 100 MOOYAH locations in the U.S., Canada, Bahrain, Kuwait, Mexico, Oman, Qatar, Saudi Arabia, and the United Arab Emirates.