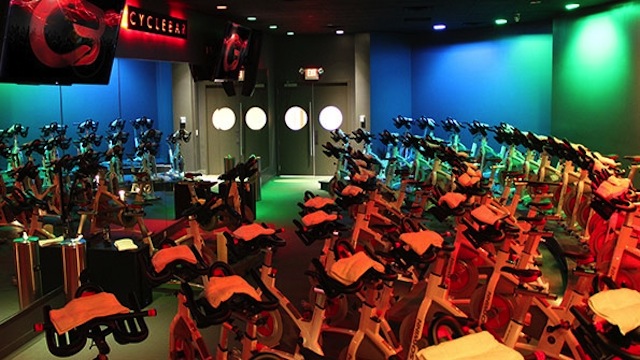 14 Things You Need to Know About the CycleBar Franchise

1.  In early July, CycleBar announced that it is gearing up to open the brand’s 100th studio sometime in the third quarter of 2017 and that it has sold nearly 400 studios since franchising began in 2015. The company says that it is on pace to reach its goal of having 150 CycleBar studios open by the end of 2017.

2.  Heather Harris, President of CycleBar, said, “Through meaningful franchise partnerships with passionate, driven individuals, we are confident CycleBar will continue to grow rapidly across the nation and achieve new milestones.”

4.  As the franchise continues to grow, the company’s focus is on helping new franchise partners become ingrained in their communities as one of CycleBar’s main goals is to engage with local residents both inside and outside of the studio.


5.  In March, CycleBar partnered with March of Dimes to help fund lifesaving research and programs that work to end premature birth, birth defects, and infant mortality. To raise funds and awareness for the cause, 54 CycleBar studios hosted “I Got You Babe” rides on March 25.

6.  Most of the studios that participated in the event were located in major metropolitan areas such as Raleigh, North Carolina; Chicago, Illinois; Atlanta, Georgia; Dallas and Houston, Texas; and Denver, Colorado.

7.  The signup fee for the event was $25 and all proceeds went directly to the March of Dimes foundation. Representatives from March of Dimes were available at each ride to discuss additional planned events in local markets.

8.  Heather Harris, President of CycleBar, said that the company was honored to be working on behalf of March of Dimes and also said, “While our studios are always planning events to benefit local causes, coming together as one unit to raise awareness on the same day is a powerful feeling.”

9.  March of Dimes has had a personal impact on the CycleBar team, as the brand’s Director of Giving, Michelle Hitchcock, received support from the organization after the premature birth of her son one year ago.

10.  To meet its 2017 goal of having 150 studios open by the end of the year, CycleBar continues to open new locations around the country. One of its newest locations will be opening this fall at the Brookfield shopping center in Milwaukee, Wisconsin. CycleBar expects to open four studios in Wisconsin by the end of 2017.

11.  In February, CycleBar celebrated the opening of two new studios, one in Henderson, Nevada and the other in Kenwood, Ohio. Both locations celebrated their grand openings on February 23 by offering 50 free classes over 10 days. From February 23 to March 4, customers interested in CycleBar were able to register to take as many classes as they wanted during the CycleBlast.

12.  CycleBar was founded in 2014 by Bill Pryor and his sister Alex Klemmer in Cincinnati, Ohio. Before starting CycleBar, Pryor and Klemmer owned and operated one of the first independent cycling studios in the U.S., which they started in 2005 in Boston, Massachusetts. The brother and sister team wanted to create a cycling studio that had great instructors, great music, and a great environment.

14.  CycleBar has not yet ranked on Entrepreneur’s annual Franchise 500 list.

Next post: FDD Talk 2017: What You Need to Know About the Burger King Franchise Opportunity (Financial Performance Analysis, Costs and Fees)