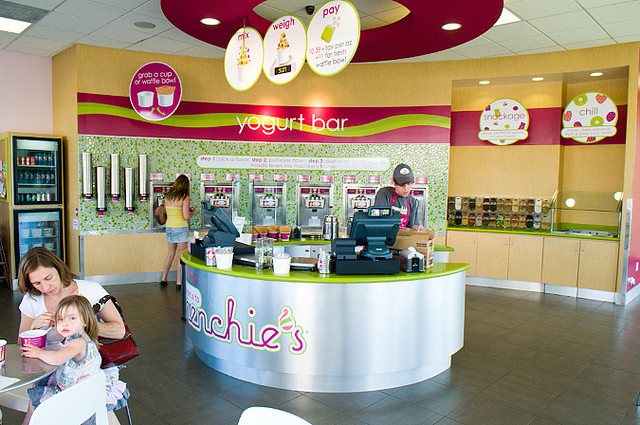 12 Things You Need to Know About the Menchie’s Franchise

Partnered with MGA Entertainment for a Nationwide Num Noms Promotion

1.  In early May, Menchie’s announced that it had partnered with MGA Entertainment, a private toy company, to release a special Menchie’s-branded edition of its Num Noms starter packs. The special edition toys, which are now available online and in stores nationwide, rolled out exclusively to Toys “R” Us in July.

2.  To kick off the partnership, 420 Menchie’s stores in the U.S. received a “Smell So Delicious” campaign makeover, which featured two exclusively-designed, limited-edition frozen yogurt cups.

3.  Amit Kleinberger, Menchie’s CEO, said, “The promotional opportunity with Num Noms is uniquely suited to deliver on our top priority to develop marketing strategies and promotional partnerships that increase market share, while underscoring our mission to spread smiles to all of our guests nationwide.”

5.  Select Menchie’s locations are also offering a Dole Whip Pineapple Float for a limited time or while supplies last.

7.  Menchie’s is currently accepting donations for the American Heart Association. Customers who make a donation will receive a paper sign to write their name on that the Menchie’s location will post on the wall, and a 20 percent off coupon for a future visit.

8.  On February 6, Menchie’s celebrated International Frozen Yogurt Day with two special promotions. The first was a BOGO (buy one, get one) frozen yogurt offer available to customers who came into a participating Menchie’s location on February 6. As a bonus, customers who came in that day received a second BOGO coupon (while supplies lasted) to use on their next visit. The coupon was valid from February 7 to 28.

9.  Menchie’s was founded in 2007 by Danna and Adam Caldwell in Los Angeles, California. The Caldwells were inspired to open a well-branded, family-friendly self-serve frozen yogurt store in the Los Angeles area after they went on their first date at a frozen yogurt shop.

10.  Soon after opening the first store, Menchie’s CEO Amit Kleinberger partnered with the Caldwells to turn Menchie’s into a global brand. After receiving numerous franchise inquiries, the Caldwells asked Elie Balas to join them in developing a franchise strategy; franchising began in 2008.

Next post: FDD Talk 2017: What You Need to Know About the sweetFrog Franchise Opportunity (Financial Performance Analysis, Costs and Fees)