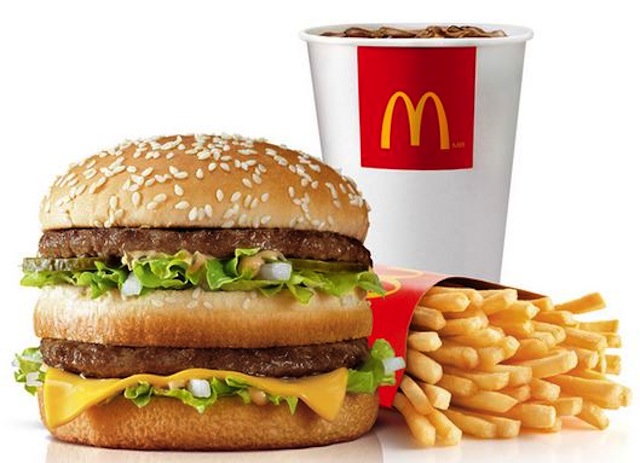 19 Things You Need to Know About the McDonald’s Franchise

1.  In early June, McDonald’s announced that the company plans to hire 250,000 restaurant employees over the summer and is using popular social media app Snapchat to appeal to younger applicants.

2.  Since June 13, Snapchat users have been able to view 10-second video ads featuring McDonald’s employees talking about their experiences with the company. Users could then swipe up to visit the McDonald’s career page within the Snapchat app and could apply for jobs at their local restaurant.

3.  According to Jez Langhorn, senior director of HR for McDonald’s, the company is always looking for new and innovative ways to find job seekers and sees “snaplications” as a great way to connect with young job seekers who typically spend a lot of time on their phones.

4.  McDonald’s first tested out Snapchat applications in Australia in April.

Getting Rid of Artificial Flavors, Preservatives, and Colors in Vanilla Ice Cream Treats

6.  At the end of April, McDonald’s unveiled the “Frok,” a silicone fork-shaped utensil topped with an opening for customers to insert three to four fries that can then be used to scoop up the toppings that fall out of one of the new Signature Crafted Recipes sandwiches.

7.  The new sandwiches feature premium ingredients and can be topped with Pico Guacamole, Sweet BBQ Bacon, or Maple Bacon Dijon. According to the company, the Frok comes in handy for any toppings that fall out while customers eat their sandwich.

8.  To launch the Frok, McDonald’s produced its first ever infomercial featuring legendary pitchman Anthony Sullivan. McDonald’s Chef Michael Haracz said that the Frok is “supremely superfluous” yet shows that McDonald’s is willing to do whatever it takes to help customers enjoy every last bite of their food.

9.  On May 5, Froks were given away at select McDonald’s locations nationwide with the purchase of a Signature Crafted Recipes sandwich, while supplies lasted.

11.  According to McDonald’s President and CEO Steve Easterbrook, McDonald’s is committed to making more positive changes to the food it serves.

13.  After receiving numerous customer complaints over the years about its McFlurry machines always being down, McDonald’s announced in early March that it was getting rid of the old machines and replacing them with new technology.

14.  According to McDonald’s, the old machines always seemed to be down because the cleaning process for them is long and complicated. An Italian company called Carpigiani will be manufacturing the new machines which are said to be much easier to clean and might even have more flavor options than before.

15.  McDonald’s will be replacing the outdated McFlurry machines at its European and American locations.

16.  McDonald’s began in 1940 when brothers Richard and Maurice McDonald opened a restaurant in San Bernardino, California. In 1954, Ray Kroc, a milkshake mixer salesman, traveled to the McDonald’s hamburger stand after hearing that the brothers were running eight mixers at once.

17.  Kroc was impressed by what he saw and in 1955 he was awarded the first McDonald’s franchise in Des Plaines, Illinois, which the present McDonald’s corporation dates as its official founding. Kroc later purchased the McDonald brothers’ equity in the company and led its worldwide expansion.