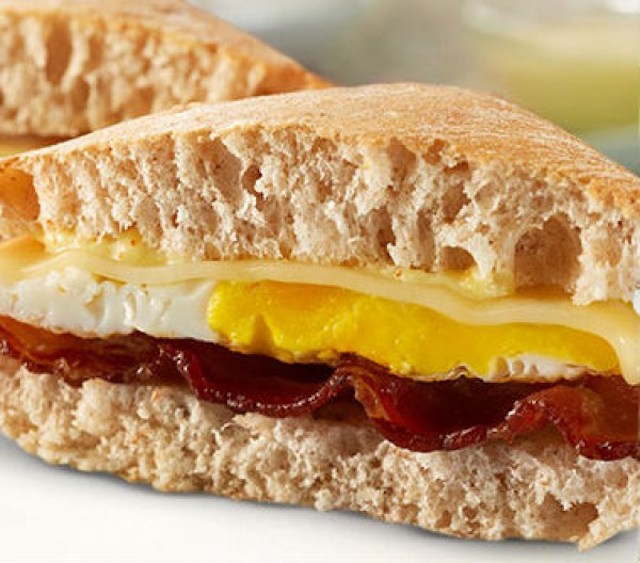 Although Wendy’s is a popular fast-food restaurant chain that’s well known for its square juicy burgers, stuffed potatoes, and chili, it’s mainly been a lunch-and-dinner business. Attempts to develop a popular Wendy’s breakfast menu have failed several times, starting with the first try in 1985. It was such a resounding failure, lasting less than a year, that the chain didn’t try again for more than two decades.

Starting in 2006, Wendy’s made several more attempts at breakfast but wasn’t able to get the momentum it needed. After yet another flop in 2013, it looked like the quest for breakfast had been abandoned. Meanwhile, the success of the McDonald’s and Burger King breakfast menus showed that Wendy’s top competitors easily outdistanced it on what’s considered the most important meal of the day.

But Wendy’s appears to have woven some morning magic this time around, with breakfast popularity buoyed in part by savory faves like the Artisan Chicken Sandwich and the Honey Butter Chicken Biscuit. Read on to discover what you can find on the Wendy’s breakfast menu, ranked by calories.

But keep in mind that not every location opens early for breakfast (some, on the other hand, have been operating rogue for breakfast for years). For those that do, Wendy’s breakfast hours are generally 6 a.m. to 10:30 a.m.

Wendy’s Seasoned Home-Style Potatoes are pretty amazing. I love that the skins are left on, both because of the retained nutrition and the texture. I always leave on potato skins for fried or mashed potatoes; the exception is that pristine bowl of mashed potatoes for Thanksgiving.

The Seasoned Home-Style Potatoes are natural-cut and seasoned with sea salt, cracked pepper and garlic powder. They’re low in calories at 230 and deliver 3g protein and 4g fiber, with 26g carbs.

If you really need to grab and go, try the Wendy’s Oatmeal Bar. It’s a chewy rolled-oat bar dressed up with tangy-sweet cranberries and blueberries, with a touch of molasses among the ingredients for rich sweetness.

You’ll start the day with 4g protein and 5g fiber for only 290 calories in a meal you can eat on the fly. The Oatmeal Bar has 47g carbs.

I’d add a little carton of milk and pour at least some of it over the oatmeal, which would not only make it yummier, but would also provide a protein boost.

My favorite part of the popular Artisan Egg Sandwich just might be the bread. The honey-wheat artisan muffin, toasted at the time of your order, is dense yet flaky, with a lightly crunchy outer crust. It holds eggs, Asiago cheese, Applewood smoked bacon and Hollandaise sauce.

This beauty is only 360 calories with 20g protein and 29g carbs, and you can substitute sausage for bacon if you prefer.

While the Artisan Egg Sandwich is definitely my cup of tea, the Sausage & Egg Burrito is a pretty nice bundle of tasty ingredients. Sausage nuggets and fluffy scrambled eggs are nestled inside a warm tortilla and wrapped up with melty American cheese. Hot sauce adds a nice zing to this breakfast burrito, which has 390 calories, 17g protein and 14g carbs.

The Wendy’s Sausage Biscuit keeps it simple with just two parts: a savory grilled sausage patty on a Butter Biscuit. The Butter Biscuit is a lovely fresh-baked Southern-style buttermilk biscuit brushed with real butter. This sandwich doesn’t really need more, as the juices from the sausage and the creaminess of the fresh butter make the Sausage Biscuit moist and tender.

The Honey Butter Chicken Biscuit is a fun kind of twist on breakfast, pairing a breakfast-style biscuit with a chicken fillet, which is much less common for breakfast than it is for lunch and supper. And then there’s the honey, which sweetly brings it all together. The crispy whole-breast chicken fillet is topped with real honey butter and tucked inside a warm buttermilk biscuit.

For 500 calories, you’ll enjoy 19g protein. Carbs are a little higher in this sandwich, as that honey butter boosts that total to 52g. But if you’re a honey lover, you’ll want one of these now and then even if you’re counting carbs.

The Mornin’ Melt Panini makes me hungry just looking at the photo on the menu. I’ve been wanting a Panini press for a while now, as there are so many great sandwich possibilities for any meal. This breakfast item places eggs, Asiago and cheddar cheeses, thick center-cut Applewood smoked bacon and fresh hand-cut tomato on top of lovely sourdough bread brushed with butter and grilled on a Panini press.

This Panini runs 520 calories and has the most protein of any of the breakfast items at 31g; carbs are at 38g. You can choose a grilled sausage patty instead of bacon.

The highest-calorie breakfast item on the Wendy’s breakfast menu is the 590-calorie Fresh Baked Biscuit Sandwich. It all starts with Wendy’s fresh-baked Butter Biscuit, piled with eggs, melted American cheese and a grilled sausage patty.

This hearty sandwich provides 20g protein and 36g carbs. You can pick Applewood smoked bacon instead of sausage if you prefer.

Wendy’s breakfast menu keeps the offerings varied but straightforward, and the chain doesn’t have a lot of items on the menu. You get just nine choices, with the only variation being the ability to decide between bacon and sausage for a few sandwiches, but it feels like more because there’s variety rather than repetition.

Hopefully, that simplicity will help Wendy’s finally enjoy some success in the highly competitive breakfast market. That said, I think square sausage patties and fried eggs would be cool.

Next post: FDD Talk 2017: What You Need to Know About the Pieology Franchise Opportunity (Financial Performance Analysis, Costs and Fees)