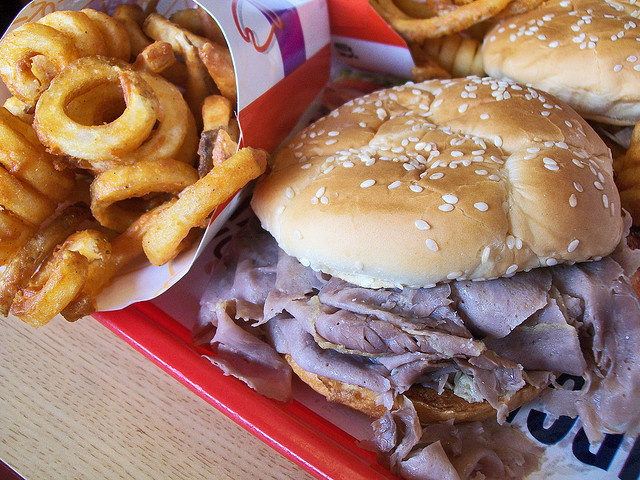 12 Things You Need to Know About the Arby’s Franchise

1.  In early May, Arby’s announced that it had recently signed development agreements to build 10 new restaurants in Canada over the next three years. The company estimates that the new locations will create about 250 to 300 new jobs. The agreements mark Arby’s largest expansion in Canada since 2009 and signals that the company is ready to further expand in the country.

2.  According to Greg Vojnovic, Chief Development Officer of Arby’s Restaurant Group, Inc., “Canada is a market where we see significant growth potential, particularly in Vancouver and Toronto.” Canada currently has 65 locations across the country.

3.  At the start of May, Arby’s brought back its Smokehouse Pork Belly Sandwich nationwide for a limited time. The sandwich originally debuted last year and quickly became one of Arby’s most popular sandwiches, selling out at multiple locations across the U.S. within a few weeks. Arby’s decided to make the sandwich available again after receiving positive feedback and numerous requests from customers to bring the sandwich back.

4.  Rob Lynch, Chief Marketing Officer and Brand President of Arby’s Restaurant Group, says that when the sandwich was first released, Arby’s was unsure of how well it would perform with customers. Lynch says that the response to the pork belly sandwich was remarkable and that Arby’s had worked hard to bring the sandwich back as soon as possible.

8.  CEO Paul Brown was named the 2017 Restaurant Leader of the Year by Restaurant Business. The award is given to the chain executive or multi-concept operator who has done the most outstanding job of stewarding their charge to greater success and opportunities. According to Restaurant Business, Brown received the award for leading “one of the most dramatic restaurant turnarounds in decades.”

9.  Rob Lynch, Arby’s Chief Marketing Officer and Brand President, was named the 2017 Outstanding Marketer of the Year by PRWeek. The PRWeek Awards are regarded as one of the communications industry’s highest accolades.

11.  The first franchise location opened in 1965 in Akron, Ohio and expansion into other states began in 1968. Today there are over 3,000 Arby’s restaurants in five countries — the U.S., Canada, Turkey, Qatar, and United Arab Emirates.