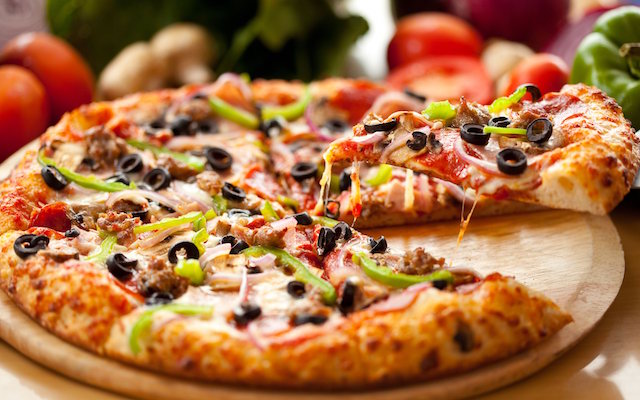 In this first lesson of our Franchise 101 course, we’ll explain the basics of franchising and discuss what it takes to become a successful franchisee.

For years, you have dreamed of being your own boss and owning your own business – and the time has come to turn that dream into reality.


If operated properly, your business can enable you to earn more money than you ever have, be your own boss, set your own schedule and sell your products or services to thousands, if not millions, of people.

But are you ready?

First, you will have to make an important decision: To franchise or not to franchise.

If you open a new business within an existing franchise system, you will become a franchisee – someone who is granted a franchise by a larger, more established company. In simple terms, a franchise is a business that has the right to market a company’s products or services under an established brand in a specific territory.

The actual territory might be quite broad – a country, state or province, for example – or quite local, such as a specific area of a city. (Not all franchise companies grant franchises based on specific territories. Some franchisors get creative and deploy other guidelines, but often there is still a geographical element involved.)


A franchisor is a company (usually, but could also be an individual) that grants franchise rights to firms.

The decision whether to be a franchisee or a franchisor should be a no-brainer. If you have not established your own brand and developed proven marketing, licensing and training systems, you will become a franchisee.

If you have done all of the above, you will become a franchisor. Traditionally, a franchisor has built a chain (or network) of franchises – ranging from retail outlets to household services companies – from scratch.

Of course, you will have to make a significant financial investment to buy a franchise. Expenses can vary widely according to franchise sector, a brand’s track record, royalty rates, marketing and advertising fees, technology and real estate costs and many other factors. But, according to franchisors and franchisees, it takes more than just money to operate a successful franchise outlet.

Franchisors advise prospective franchisees to know a franchise’s financial requirements and do all other necessary homework. But they emphasize one point above all.

Rockwell notes that Minuteman Press offers a Monday-through-Friday lifestyle with weekends off and no nights required. “So you can run a successful, profitable business but have a social life as well,” he said. But other people might prefer a different schedule. So you have to find the situation that is right for you.

“They were looking for a business opportunity. They did the research, the homework, and through that research and homework they made the decision – for whatever that reason was – to go with Minuteman. So talking to folks that are involved in that specific business that you’re looking into is very important. And asking them questions. There’s no stupid question, as they say.”

“(The) franchisor’s goal is success for the franchisees,” said Fuschini, who has been franchising for Pizza Pizza since 1981. “That’s what everybody wants. But you, as a franchise owner buying a business, do your research. Investigate before you invest. It’s important to look at a franchise and say: Does this work for me?

“There’s no easy business. If there is one, I haven’t found it yet. I’ve been at this for a long, long time. And at the end of the day, you have to research. Transparency (between the franchisor and franchisee) is very important, because (the relationship) is like a marriage. It’s a business marriage. And you want to make sure it’s long term.”

Grant Bullington, a franchise broker with FranNet in Vancouver, advises prospective franchisees to envision where their business will be in three or five years – and also evaluate how they will feel about it.

“I’ve had folks that have been extensively active in sales in previous roles, but in their (franchise) business they don’t want to be heavily involved or have a business that’s heavily reliant on sales,” he said. “I’ve seen it where people managed extensive teams of people and they want a business that has just a handful (of employees) – or even none.

“So (the advice is) to really imagine what somebody wants to be, (something that) has a net benefit to them in terms of what their role is in a business, something that they can do and really enjoy – and it brings them a lot of satisfaction and reward.

“And then, (the) big picture is just really understanding what it is that gets you excited and will get you passionate about your business.  And not just in the first six or nine months where you’re still in the honeymoon (period). This is, again, why we ask the question of the three or five years down the road. What do you envision still getting you fired up about your business?”

However, Bullington said prospective franchisees should not get too excited about a particular product or service. Several other parts of the business also need to provide excitement.

As a prospective franchise owner, you need to understand your role in the business – and be willing to accept it.

“The antidote to that: We really focus on folks to develop a solid understanding of what their ideal role is, the activities that they would like to engage in as the owner of the business – and that’s where they should really focus in on.”

When attempting to line up prospective franchisees with franchisors, Bullington tries to find the “sweet spot” between people who are business-minded – even if they have never owned a business before – and indications that they would be strong operators.

He looks for people with an entrepreneurial mindset, problem-solving skills, the necessary tenacity for business ownership and an ability to “thrive in and amongst diversity.”

While franchise ownership means that you can own your own business, be your own boss and work as hard as you want, you still need to follow the franchisor’s guidelines. Consequently, Bullington seeks prospective franchisees who are prepared to get along with franchisors for the long haul.

“It’s also important that folks do develop an appreciation and an affinity for the system that they are going to be putting into play, because there are folks that are just too much of a renegade,” he said. “And, they probably would just not find themselves a great home in franchising – because they just want to do absolutely everything their way, and that can certainly be a challenge if they’re expected to follow systems.”

Minuteman’s Rockwell said his chain’s most successful franchisees – regardless of the size of their initial investment – are the ones who have followed the business model from the outset.

“I mean, it’s a proven method, it’s a recipe for success, so follow that recipe,” said Rockwell. “Not to say you can’t think out of the box a little bit here and there, but there’s a reason why people get into a franchise and why franchising is so successful – that proven system.”

“The bottom line is, everyone’s got to see where the money’s being made,” said Rockwell. “And if everyone (can’t) see that up front, then (they) probably shouldn’t go into business together in the first place.”

In other words, “everyone’s got to be on the same page” in the relationship.

Franchisees Do Not Fit Profiles

Although franchisors stress the need to follow the system, they suggest that no two franchisees are exactly alike. All franchisees have taken diverse career paths, and many have little or no experience in their preferred franchise sector.

For instance, the majority of Minuteman’s 1,000 franchisees did not have previous printing industry experience, said Rockwell.

“So my point is there’s not one background or education that someone has to have to consider owning a Minuteman Press franchise,” he said. “Some other franchises might have different requirements, and they all do (have requirements). I know they do; I just don’t know what exactly they are. But there’s not one profile that we have that says this individual runs the best franchise program.”

Still, franchisees do have some common traits. They are “entrepreneurial people” who want to own their own business.

You Are Not Alone

So why should someone operate a franchise instead of an unaffiliated startup business?

According to franchisors, one key benefit of franchise ownership is that you can draw support from several members of a large organization at once. “You’re in business, but you’re not in business alone,” said Pizza Pizza’s Fuschini.

As an unaffiliated independent operator, added Fuschini, it takes longer to get your business going, because you have no brand recognition. In addition to having access to a brand, franchisees gain access to people who, essentially, serve as “teachers.” You can call them and ask such questions as: How does this work? How does that work? What happened here?

“When you’re self-employed, when you make a mistake, sometimes you may not know you’ve made that mistake until later,” said Fuschini. As a result, costs of mistakes can compound. But if a franchisee makes errors, a franchisor can step in and help your business get back on track.

Fuschini and other franchisors also point to such benefits as formal training programs, ongoing advertising campaigns and assistance with regulatory matters, including labor and tax laws, business licenses and health regulations and health issues.

“On your own, you’re on your own,” said Fuschini.

Click here to see all other lessons in our Franchise 101 course to date.

Previous post: What You Need to Know About Fastest Labs, a Drug Testing Franchise (Q&A with Founder Dave Claflin)

Next post: FDD Talk 2017: What You Need to Know About the Jimmy John's Franchise Opportunity (Financial Performance Analysis, Costs and Fees)