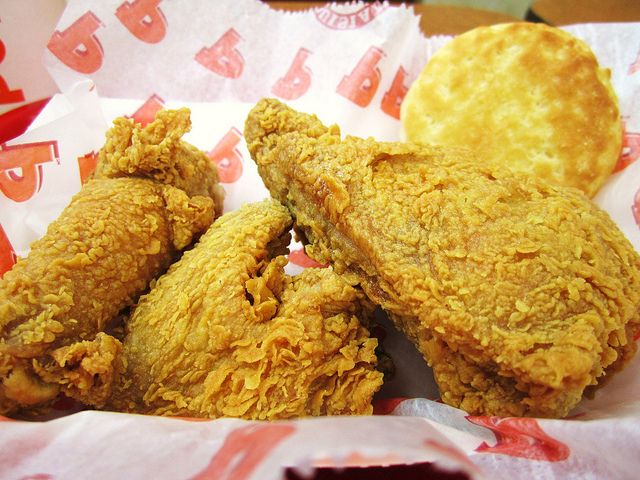 3.  RBI CFO Josh Kobza said that the company feels that Popeyes can become a much larger player globally in the chicken category. According to Kobza, Popeyes already has a large global business that RBI can continue to grow.

CEO to Step Down After Sale Finalized

4.  Soon after RBI acquired Popeyes Louisiana Kitchen, CEO Cheryl Bachelder announced that she would be leaving the company after the sale closes. The sale was supposed to be completed in early April, but RBI has yet to announce a new CEO.


5.  Bachelder has been CEO of Popeyes for about a decade and under her leadership, the company has expanded its global presence and franchise community. Under Bachelder, Popeyes improved its relations with franchisees, which enabled the chain to promote unit growth and encourage operators to remodel locations quickly.

Another Year of Strong Performance

6.  In the press release accompanying Popeyes’ earnings report for fiscal 2016, CEO (at the time of the report) Cheryl Bachelder said, “In 2016, we delivered global same-store sales growth of 1.7 percent, our eighth consecutive year of positive same-store sales growth, and 216 new restaurant openings around the world.”

7.  Some other highlights from the report include:

8.  The first Popeyes Louisiana Kitchen was opened in 1972 by Al Copeland in Arabi, Louisiana, a suburb of New Orleans. Copeland opened his restaurant to compete against Kentucky Fried Chicken. Franchising began in 1976 with the first franchised location opening in Baton Rouge, Louisiana.

9.  Over the next decade, Popeyes opened 500 more locations in the U.S. In the early 90s, Popeyes filed for bankruptcy and in order to save the company, the court approved a plan by a group of Popeyes’ creditors that resulted in the creation of America’s Favorite Chicken Company, Inc. (AFC) to serve as the new parent company for Popeyes and Church’s Chicken.

10.  AFC continued to own Popeyes until the recent acquisition by Restaurant Brands International. Today, there are over 2,600 Popeyes locations around the world.

Next post: FDD Talk 2017: What You Need to Know About the Great Clips Franchise Opportunity (Financial Performance Analysis, Costs and Fees)