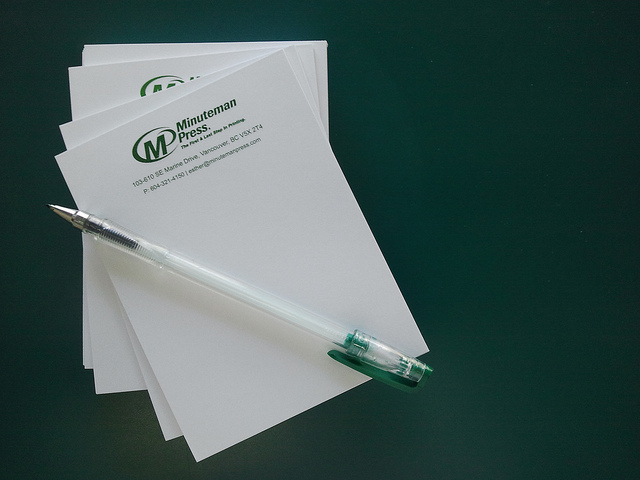 12 Things You Need to Know About the Minuteman Press Franchise

3.  According to Bob Titus, president of Minuteman Press, the high score “is really a testament to the integrity and high quality of our business model and our franchise system.”

4.  As one of the leading companies in its industry, Minuteman Press often provides services to top companies in other industries. For example, franchisees Joe Brenneis and Greg Duffey of Norwalk, Connecticut, have been doing work for Datto, a large privately held IT company founded in the same area, for five years.

5.  Datto came to Brenneis and Duffey five years ago looking for business cards and the company was so impressed with the service that a long-term business relationship developed. According to Duffey, their franchise now does everything from product brochures to wide format trade show materials and direct-mail projects for Datto.


6.  Another franchisee Jude Arijaje, a multi-unit franchisee in Philadelphia, Pennsylvania has been working with the NBA’s Philadelphia 76ers. Arijaje says that he ended up working with the Philadelphia 76ers through the “old-school practice of knocking on doors to greet potential new clients.” When Arijaje realized that the 76ers corporate office was just down the road from his shop, he introduced himself and let them know that he would be able to help their marketing team.

7.  The 76ers eventually asked Arijaje to produce a few postcards and flyers. That was four years ago and Arijaje continues to do work for the 76ers including making signs for game day, printing promotional postcards and flyers, and making life size cutouts of the players.

8.  David Pike, a multi-unit franchisee in the Lehigh Valley area in Pennsylvania, works with Just Born Candies, the makers of Peeps, Mike and Ike, Hot Tamales, and Goldenberg’s Peanut Chews. Pike says that his family has been working with Just Born since the first few weeks after he and his parents bought their first Minuteman Press franchise.

10.  The first Minuteman Press was opened in 1973 by Roy Titus and his son Bob in Plainview, New York. The first location was initially a quick copy center, but began offering more services after Roy was concerned about having the same limitations as other copy centers at the time. Minuteman Press began offering full service printing services by utilizing a new print system developed by the 3M company.

11.  Titus continued to open locations in the New York area and franchising officially began in 1975. Today, there are nearly 1,000 Minuteman Press locations across the U.S., Canada, Australia, South Africa, and the United Kingdom.

Next post: Q&A with Bob Kirshner, VP of Franchise Development for Lumberjacks Restaurant