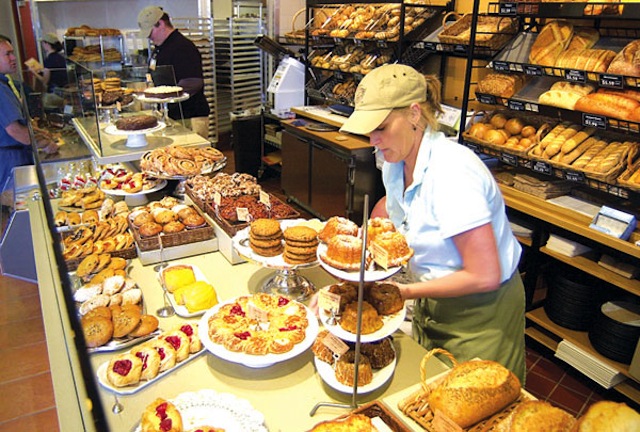 19 Things You Need to Know About the Panera Bread Franchise

Panera Bread to be Acquired for $7.5 Billion

1.  Recently, JAB, the parent company of Caribou Coffee and Peet’s Coffee, announced that it would buy Panera Bread in a deal valued at $7.5 billion. JAB will also assume Panera’s $340 million of net debt.

2.  JAB Holdings offered $315 in cash per Panera share, representing a 20.3 percent premium to the stock’s closing price on March 31, the last trading day before media reports of a potential deal. JAB Holdings continues to build its restaurant chain portfolio, as the company purchased Krispy Kreme for $1.35 billion last year.

3.  Panera Bread recently announced that the chain will continue to expand its delivery services to more of its locations. The company intends to hire 10,000 new employees by the end of the year in order to grow the delivery service. According to Blaine Hurst, President of Panera Bread, 75 percent of the new hires will be delivery drivers while the remaining 25 percent will be in-cafe jobs.


5.  Hurst says that each cafe will have to hire 7 to 12 drivers and staff, and that it will cost about $25,000 to add delivery capabilities, the majority of which will go toward hiring and training.

6.  According to Hurst, the initial investment will pay off as deliveries make up about 10 percent of sales at locations that already offer the service. Panera estimates that delivery will add $250,000 per year to each store’s annual revenue of $2.6 million.

7.  Rather than using its own fleet of cars for the new delivery service, Panera will require delivery drivers to use their own vehicles. Panera says that each driver will be be vetted by the company and that their insurance, driving record, and car will be thoroughly inspected before becoming certified to work. Hurst says that drivers’ cars will undergo routine inspections and that drivers will be compensated for mileage.

8.  To go along with the new delivery service, Panera has released an order tracking system for customers to use. Customers are able to see their meals’ expected arrival time, a map of the driver’s progress, and a photograph of the driver.

9.  At the start of the year, Panera Bread announced that its entire U.S. food menu and portfolio of Panera at Home products are now free from all artificial flavors, preservatives, sweeteners, and colors from artificial sources as defined by the company’s “No No List,” inclusive of 96 separate ingredients and additive classes.

10.  This latest step toward a 100% clean menu comes as a result of the company’s decades-long journey to offer better, higher quality food to its customers. According to CEO Ron Shaich, “Panera’s clean food is foundational to serving food as it should be.”

12.  In early April, Panera Bread rolled out a series of new 100% clean, non-carbonated craft beverages made with no no artificial sweeteners, preservatives, flavors, or colors from artificial sources. The new teas, lemonades, and frescas were released in select cities along with signage posting the calories and added sugar in each drink.

12.  The release of this information positions Panera as the first national restaurant company to make this type of nutritional information available to the public. In a letter written to the Washington Post, CEO Ron Shaich urges the restaurant and beverage industries to join Panera in its efforts to increase transparency to guests.

13.  Panera plans to serve the new drinks at all of its locations by the end of September. The new drinks will be made fresh daily and with less sugar than Panera’s current offerings. The drinks will also range in sweetness levels:

14.  Panera Bread Co. began in 1981 as Au Bon Pain Co., Inc. which was founded by Ron Shaich and Louis Kane. Throughout the 80s and 90s, the company thrived along the east coast of the U.S. and internationally.

16.  In 2007, Panera Bread purchased a majority stake in Paradise Bakery & Cafe, a Phoenix-based concept with over 70 locations primarily located in the west and southwest regions of the U.S.

17.  Today, there are over 2,000 bakery-cafe locations in the U.S. and Canada operating under the Panera Bread, St. Louis Bread Co., and Paradise Bakery & Cafe names.

18.  Panera Bread has not ranked on Entrepreneur’s annual Franchise 500 list in the past decade.

Next post: FDD Talk 2017: What You Need to Know About the Taco Bell Franchise Opportunity (Financial Performance Analysis, Costs and Fees)