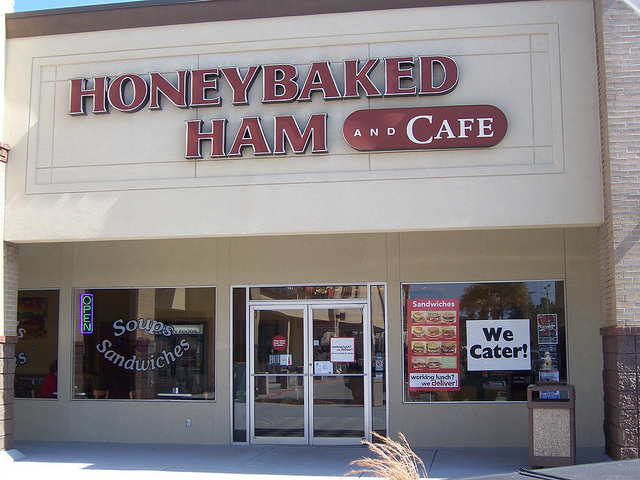 11 Things You Need to Know About the HoneyBaked Ham Co. & Cafe Franchise

2.  According to Roth, the company had been interested in hiring Heasley for months due to her “proven track record of developing strong teams and delivering results.” Heasley is credited with revitalizing the Lane Bryant brand through her time with Ascena Retail Group.

4.  According to the company, from Thanksgiving until the start of the new year, The HoneyBaked Ham Co. serves more than 2.5 million customers, so the large holiday workforce is needed.

6.  Another thing that appeals to millennials is that the company is big on promoting a healthy work/life balance. According to the company, most managers work 45 hours a week, which is uncommon in the food service industry.

7.  Young people enjoy working for the company long term because The HoneyBaked Ham Co. provides numerous opportunities for growth. The company often develops talent from within. Leaders often invest heavily in individuals who stand out and show great talent.

8. One of the biggest reasons why the company appeals to millennial employees is that employees receive daily feedback from their supervisors. According to Forbes, millennials are more likely to be engaged with their work when they receive regular feedback. The HoneyBaked Ham Co. makes sure to hold informal conversations with employees about their strengths and opportunities for growth rather than just providing an annual performance review.

9.  The HoneyBaked Ham Co. was founded in 1957 by Harry J. Hoenselaar, who is also responsible for inventing the spiral slicer. Hoenselaar’s hams were the first to be sliced as one continuous spiral.

10. Today there are over 300 The HoneyBaked Ham Co. & Cafe locations across the United States.

Next post: FDD Talk 2017: What You Need to Know About The Maids Franchise Opportunity (Financial Performance Analysis, Costs and Fees)