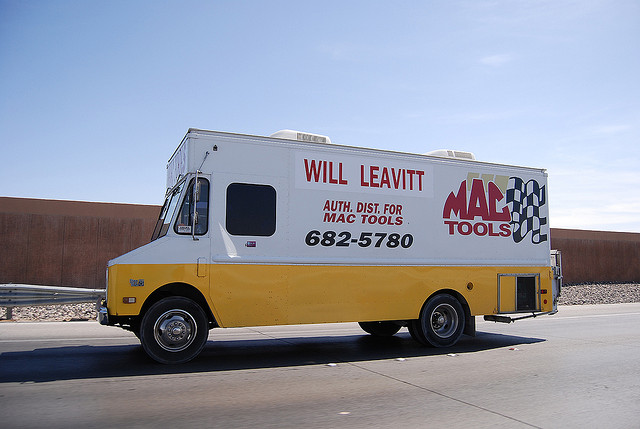 12 Things You Need to Know About the Mac Tools Franchise

2.  The Heavy-Duty Geared Air Saw is used for muffler and exhaust applications, general auto body repair, cutting rusted bolts, sunroof installation, and more. It retails for $339.99 MSRP and comes with one 6-inch 18 TPI recip blade and one 24 TPI air saw blade. The tool also comes with a 2-year limited warranty.


5.  At the 2016 Mac Tools Tool Fair, the company celebrated the consistent growth it has experienced since 2011.

6.  According to the company, the high energy at the annual Tool Fair sets the tone for the rest of the year. The fair is a place where franchisees have the opportunity to interact with their peers and get advice/help for growing their businesses. Various support teams meet with franchisees who need motivation to re-energize their business.

7.  The Tool Fair is also an opportunity for vendors and Mac Tools to showcase new products.

10.  Mac Tools started life as the Mechanics Tools and Forge Company in 1938. The company changed its name to Mac Tools in 1961.

11.  Today there are over 900 Mac Tools franchised businesses around the world.

Next post: FDD Talk 2017: What You Need to Know About the Young Rembrandts Franchise Opportunity (Financial Performance Analysis, Costs and Fees)