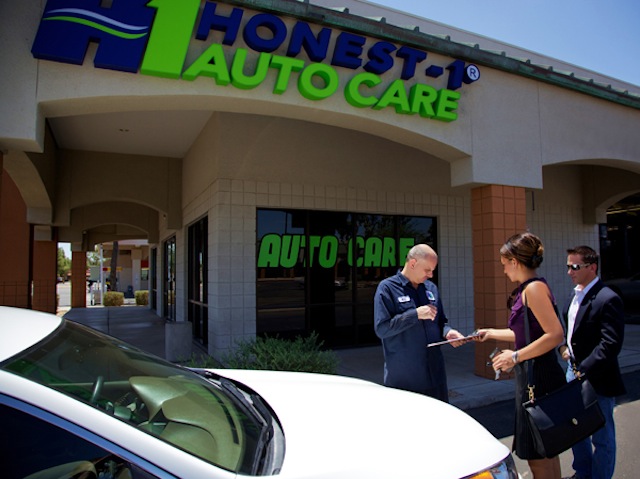 Honest-1 Auto Care was founded in Scottsdale, Arizona in 2003. The company offers a full range of automotive repair services on any vehicle. Honest-1 is the only auto repair company in the United States that is Eco-Friendly Certified by the Ecological Society of America.

Today, there are over 60 locations across the United States. In the coming years, Honest-1 hopes to continue growing by opening locations in new markets.

Honest-1 has set itself apart from its competitors by targeting demographics that other auto repair companies tend to ignore. The company boasts being transparent with all of its customers. Each Honest-1 location takes the time to show its customers exactly what repairs are needed.

Tom Miller, Director of Franchise Development, says that about 70% of Honest-1’s clientele is women. Miller says that the company has a reputation among women for being truthful. In addition to being truthful, each Honest-1 location has a comfortable waiting room equipped with free Wi-Fi and a children’s play area.

Miller also says that Honest-1’s transparency appeals to Millennials who may not necessarily have the most extensive automotive knowledge.

Honest-1’s friendly service has not only attracted loyal female customers, it has also landed several female entrepreneurs. The first Wisconsin location was opened by Stacie Krajcir who says she was attracted to the company because of its commitment to being transparent to all its customers, including women.

Two friends in Texas, Robin Mainer and Kimera Shepler, who were already looking for a franchise to invest in, decided to open an Honest-1 location after feeling bullied by a mechanic at another auto repair shop. After Mainer’s bad experience, her brother told her about Honest-1 Auto Care. After doing research on the company, Mainer felt that Honest-1 was the perfect fit for her goal of opening an auto repair shop that would be friendly and comfortable for women.

Ranked One in Its Category on Entrepreneur’s Franchise 500

Since first appearing on Entrepreneur’s Franchise 500 list in 2014, Honest-1 Auto Care has consistently earned a spot on the annual list. This year (2017) marks Honest-1’s highest rank on the list at No. 241. In addition to ranking in the top 300, Honest-1 has earned the No. 1 spot in the auto repair and maintenance category.