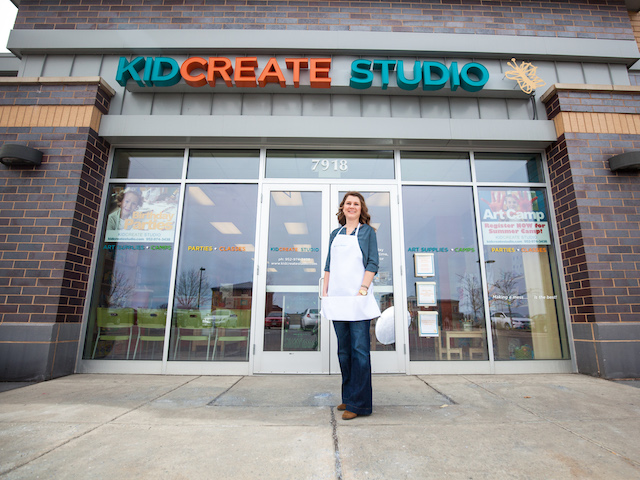 Kidcreate Studio was founded in 2007 by Lara Olson. The first location opened its doors a year later in 2008 in Eden Prairie, Minnesota.

After learning that her son was only receiving one hour of art instruction per week, Olson set out to find a way to supplement his art education. Olson was unable to find a place that offered educational and kid-friendly art classes and so she decided to start her own educational and fun art studio.

The first Kidcreate Studio was an immediate success and with encouragement from friends and family, Olson opened a second location in 2013 in Woodbury, Minnesota. Olson knew that there were other kids who needed supplemental art education and decided to franchise in 2015.

As of today, the two Minnesota locations are the only Kidcreate Studios open. However, the company is actively looking for franchisees throughout the United States.


In early 2017, Kidcreate Studio announced that Chicago is one of the first areas it wants to develop. The company said that there are seven locations in development for the Chicago area. According to founder and Chief Creative Officer, Lara Olson, “Chicago has tremendous long term growth potential.”

With Kidcreate’s art parties, any event can be celebrated, including birthdays. Each studio customizes the party to meet the child’s interests. The art project can even be matched to any theme a customer may have. All children attending the party will be able to take home their project. In addition to teaching the children how to make the project, Kidcreate’s staff will clean up the mess.

If customers would rather hold an event at an off-site location, Kidcreate offers On-The-Go classes. Kidcreate will supply the curriculum, teachers, supplies, and clean up at the location.

Not only does Kidcreate offer several different classes and parties, but each studio also sells merchandise. Craft kits, art supplies and books, and Kidcreate apparel are available at each location.

As a very young and small franchise, Kidcreate Studio has not yet ranked on Entrepreneur’s annual Franchise 500 list.