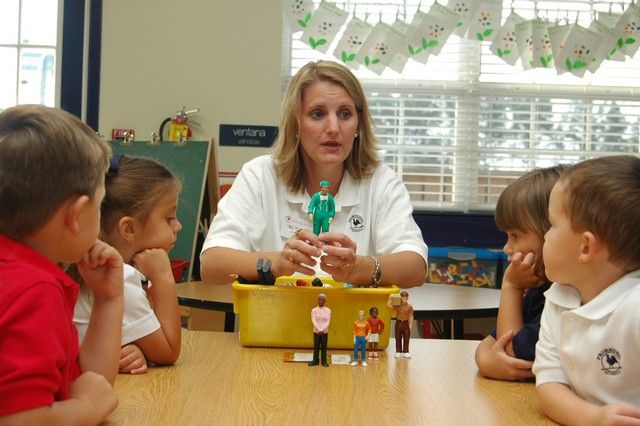 Primrose Schools was founded in 1982 by Paul and Marcy Erwin in Marietta, Georgia. The company was initially called Primrose Country Day School.

In 1988, Primrose moved from being a half day preschool to one that was full day. This was also the same year that Primrose Schools began franchising as the fourth location opened.

In 1998, Primrose Schools became the first educational child care company to receive accreditation from the Commission on International and Trans-Regional Accreditation (CITA) and the Southern Association of Colleges and Schools Council on Accreditation and School Improvement (SACS CASI), which are both recognized as the gold standard in evaluating high schools, colleges, and universities.

The following year, the Erwins left the company and sold Primrose Schools to Greenwich, Connecticut-based Security Capital Corporation. Less than a decade later, in 2006, the company was sold for $63 million to American Capital Strategies.

Through the years, Primrose Schools has successfully expanded across the United States. Today, there are over 340 locations throughout the country.

Aiming for Another Year of Record Growth

Primrose Schools is aiming for its seventh consecutive year of growth in 2017. The company hopes to outdo its previous record by opening 34 new schools by the end of this year. There are currently 135 locations in various stages of development. Primrose’s long term goal is to have 480 locations by the end of 2020.


The franchise currently has locations in 27 states but is looking to expand into new markets, including Arkansas and Oregon.

Primrose also hopes to continue its urban expansion. There are currently 22 schools in urban locations, with 11 more in development.

In late 2016, Primrose Schools announced that it would be adding two new members to its executive team. Annette Cannata Heng joined the team as Senior Vice President of School Excellence and Sarah Funk joined as Vice President of Talent and Performance.

In her new position, Heng will lead strategic efforts to foster a brand-driven, high performance environment for Primrose School Franchising Company and the Primrose Schools system. Funk will be in charge of developing strategies to sustain and strengthen Primrose’s leadership, brand culture, and management capabilities.

Forbes Names Primrose Schools as a Top Franchise to Buy

In the summer of 2016, Forbes ranked Primrose Schools as the third-best high-investment franchise to buy on its annual list of “The Best and Worst Franchises to Buy.” Primrose is the highest ranked early education franchise on the list.

Primrose Schools was named the #1 Child Care Franchise by Entrepreneur in 2017.