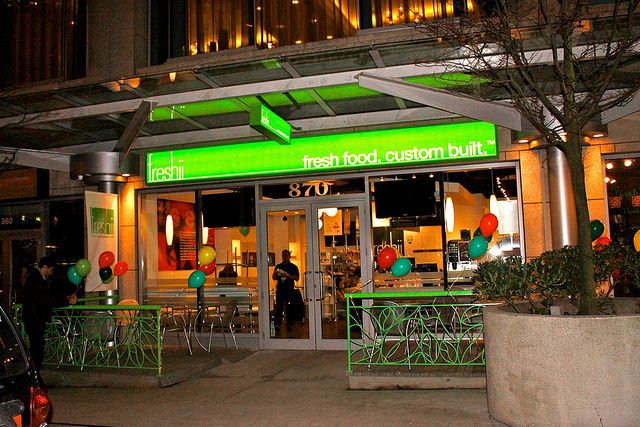 If you are considering a Freshii franchise, don’t get blindsided by these 21 important franchise fees (from the initial franchise fee, to the royalty fee, to 19 other fees found in Items 5 and 6 of Freshii’s 2016 FDD).

9.  Ongoing Training and Special Assistance:  currently $500 per day, plus out-of-pocket costs and expenses, but could increase if Freshii’s costs increase

10.  Replacement Copy of Operations Manual:  currently $2,000, but could increase if Freshii’s costs increase

15.  Audit:  cost of inspection or audit

18.  Costs and Attorneys’ Fees:  will vary under circumstances

19.  Indemnification:  will vary under circumstances

21.  Liquidated Damages:  will vary under the circumstances