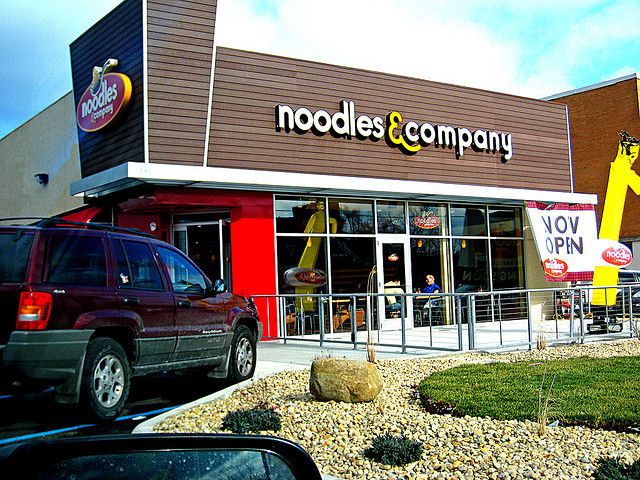 How Bad Reviews Led to a Successful Restaurant Chain

The restaurant had a rocky start and almost went out of business after a reporter published a negative review criticizing nearly every dish he sampled. Several other newspapers came out with additional negative reviews. The bad reviews pushed Kennedy to rework the entire menu and the restaurant’s operations.

By late 1996, Kennedy had turned the business around by implementing a new, fresher menu and hiring more experienced staff.

Noodles & Company grew over the next few years and franchising began in 2003. By the end of 2007, the restaurant had over 140 locations. Noodles & Company continued to expand and had 339 units by 2013.

A few years prior, in 2010, a majority interest in Noodles & Company was acquired by an investment group led by Catterton Partners. In the summer of 2013, the company went public and by the next day, Noodles & Company’s stock price had doubled.

Although Noodles & Company had a lot of success at the time it went public, a few years later, in 2015, the company announced that it would be closing several locations. By the end of the year, the company closed 16 units in various cities and Noodles & Company pulled out of the Central Texas area completely.


Today, Noodles & Company has nearly 500 units across the United States and one location in Canada.

In late July, Kevin Reddy stepped down as CEO of Noodles & Company after a string of disappointing quarters. Reddy also stepped down as Chairman of the Board. Prior to his departure, Reddy had been CEO for a decade. Reddy is also credited with helping the chain grow from 100 units to nearly 500 during his time with the company.

CFO Dave Boennighausen has stepped in as interim CEO until a replacement can be found. Robert Hartnett, who most recently was CEO of Houlihan’s Restaurants Inc., was named as Reddy’s replacement on the Board of Directors.

In the third quarter of 2016, Noodles & Company announced that it was considering closing underperforming locations amidst continued weak sales and the search for a new CEO. The company stated that the bottom 10 percent of its restaurants had negative cash flow of $2.6 million in the third quarter.

Noodles & Company says that it is looking at several other options to turn sales around at these underperforming locations before turning to closures. The company is looking to re-franchise certain markets to local operators stating that “[they] may be better equipped to develop these respective markets.” Additionally, the company said that it would cut back on marketing efforts in low performing markets and slow openings of new locations.

However, Noodles & Company does have plans to open 10 to 15 locations in 2017 in “low-risk markets with strong brand awareness and proven success.”

At the time of the statement, Noodles & Company said that it did not know when it would be closing and re-franchising locations.